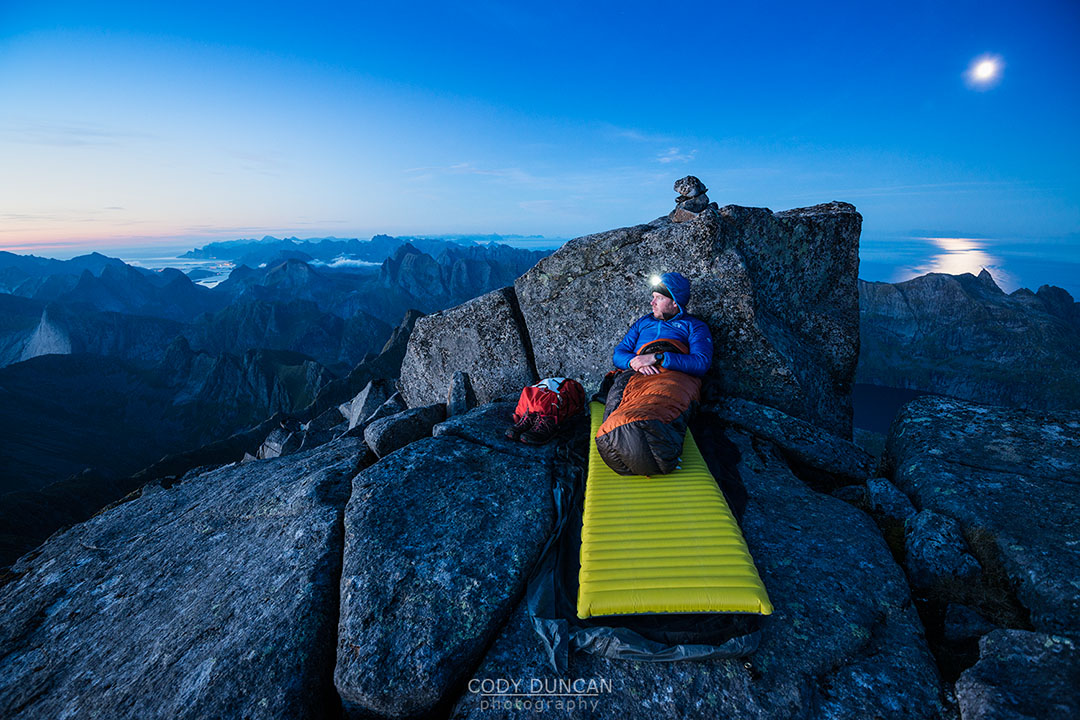 My Lofoten travels are now over for the year and I’m back to civilization and ready to get some updates added to the site over the next few months.  I’ll be writing more specifics later on about some events of my trip, but for those of you that follow me on Facebook or elsewhere, you know that things didn’t quite go according to plan and I ended up spending several weeks unable to take photos: first time due to a sprained ankle, second time due to a drowned camera in Sweden, which took two weeks to receive a replacement.

Problems aside, I did manage some of my goals and had some good days out in the mountains.  New mountain hiking routes to look forward to over the next months are:

I had a beautiful sunrise at Bunes beach which was followed by blasting rain and wind while at Horseid beach later that day.

I was again on Ryten, where I sprained my ankle on the way down during a lapse of concentration while observing the light, just meters away from the beach.  This led to a painful hike out from Kvalvika the following day and more or less kept me out of the mountains for the rest of the August trip.

While back again in September I spent another night on Reinebringen, hoping for Northern Lights which only slightly appeared at midnight.  I was unfortunately one night off from the previous nights spectacular display.  So it goes.

While there were some absolutely brilliant days in late August, the general trend was rain from Monday – Friday, with things clearing up enough on the weekends for a night of two in the mountains.

September proved to be a repeat of last year: largely calm and sunny, day after day.  Unfortunately I was without a camera for all but the last 6 days before I left, which was a rather painful situation for me.  But once I was back in action, I was productive as hell and made the best of it until my knees begged for mercy.

While there were ample clear nights, the Northern Lights were often elusive and I only photographed them on 2 occasions.  They seemed more likely to appear on the nights where Lofoten was covered in cloud and I could only look online of the beautiful pictures taken elsewhere in Norway or Sweden.

That’s it for now, time for me to get some images processed and stories written.  I’ll do my best to get a new mountain page up per week, but it might be a bit of a struggle as I have to bring my other website back to life as well.  So maybe every other week will be the best I can manage.