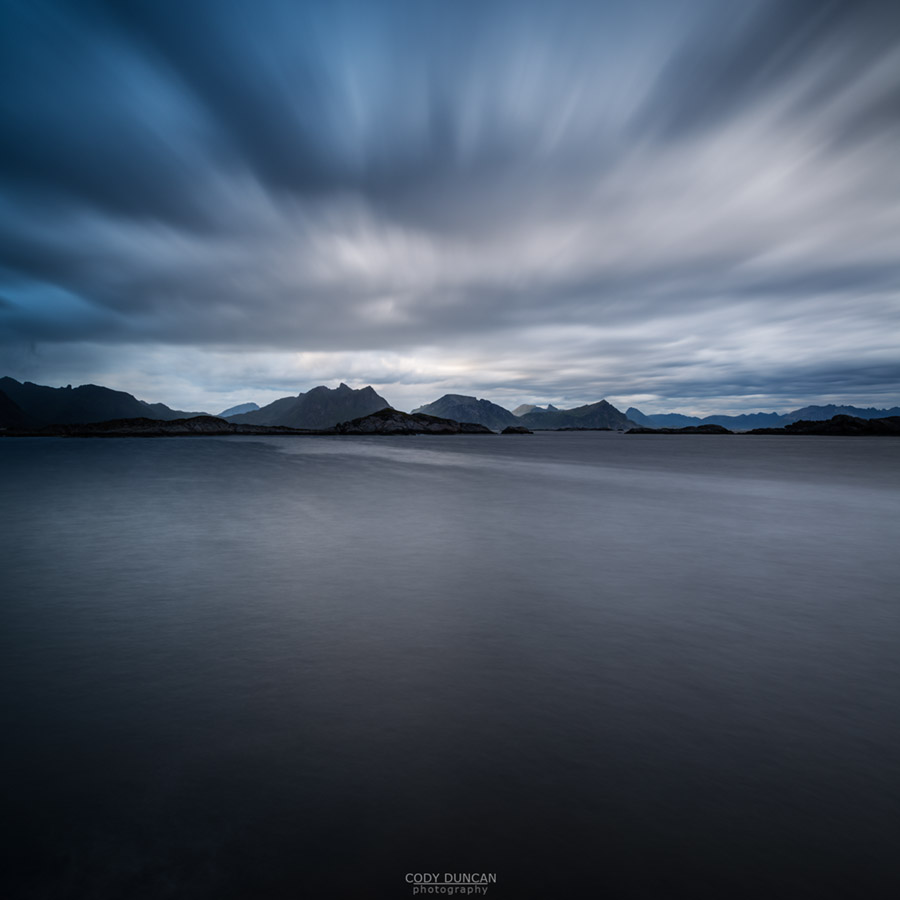 When the winds blow strong, I usually keep my head low and spend my time by the warm fireplace in the Stamsund hostel.  Stamsund was one of the reasons I became so enamored with the Islands in the first place, and despite the fact that I wander around much more than my early journeys (before I could afford to rent a car), I still try and spend a good be of time here.

And it’s not all sitting around and sharing stories with other travelers.  There are a few places out on the coastline beyond the hostel that are pretty reliable and sheltered for when the weather gets bad.  It’s a common sight for me to be heading out the door, tripod in hand, to go scrambling over the rocks and out to the sea whenever a break in the rain occurs.

While the mountains of this scene never change, the sky and the sea often due.  If you compare all the photos I’ve taken over the years from pretty much this exact same, you’ll think each one was taken somewhere else.  On this particular day, heavy, wet clouds were sweeping across the islands.  This spot proved to be the only place where I could get myself out of the wind enough to keep my tripod from shaking while the waves crashed just below my feet.

I experimented with a number of exposure times and this one feels the most dynamic to me.  Any slower and there wasn’t quite enough movement in the clouds and they just appeared out of focus.  Much longer and the clouds lost any texture, and lost the stormy appearance what this day was. 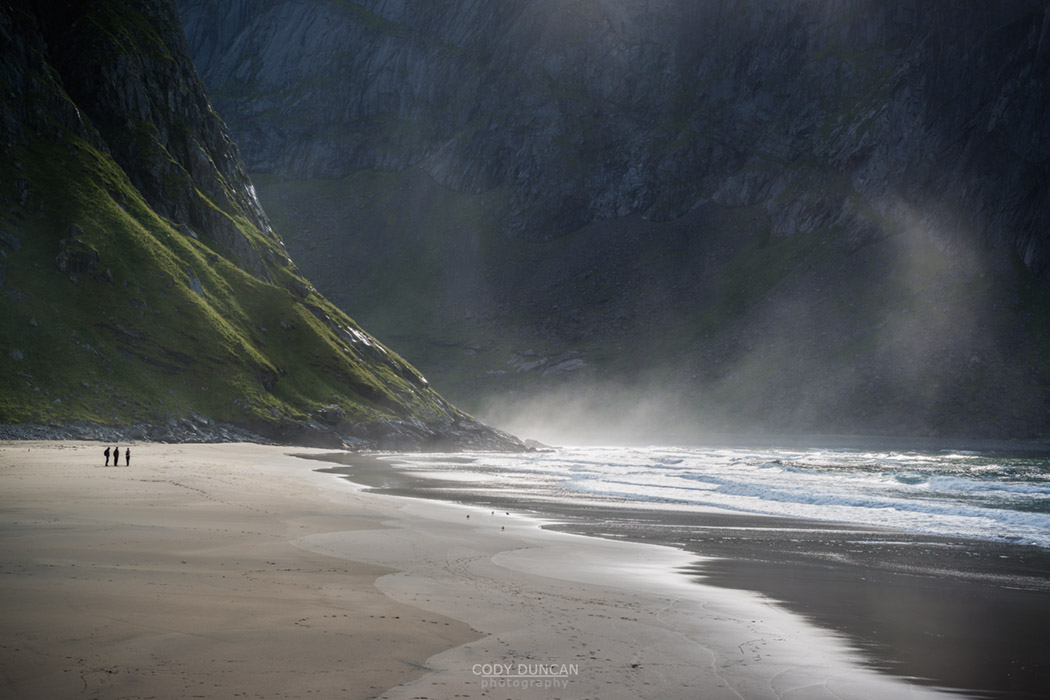 While I typically choose to exclude people from my landscapes, sometimes a human element helps make a scene.  I can’t remember exactly what I was doing at the moment, probably wanding around the beach to collect driftwood, when this group of people showed up and caught my eye.  And so I pulled out my camera to see if anything interesting might happen.

I would have preferred the beach to be clear of footprints, but what can you do, other than hiring some models to re-create the scene at low tide.  As the 3 friend sat and chatted for a minute, before one of them went diving into the water, I grabbed a couple quick photos.  Somehow the 3 of them standing there helps show the massive scale of Kvalvika beach, to me the cliffs in this image almost look bigger than they are in real life. 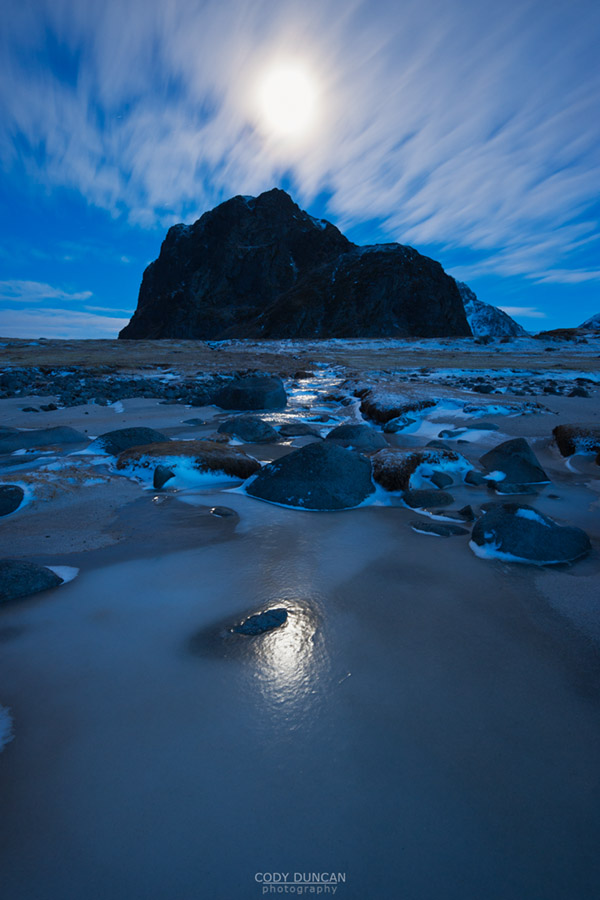 To my dismay, barely any snow covered to lower elevations of the islands upon my arrival at the beginning of February 2012.  This was in quite a contrast to my first real winter experience on the islands in January 2010, where it snowed so much that I got my car stuck several times and had to be pulled out.  I had traveled to the islands imagining what scenes I would find and how I would photograph them, and yet I arrived to something totally different.

The lack of snow left much of the landscape somewhat drab looking, especially in the flat light of my first days on the islands.  And so I found myself looking for new perspectives that I hadn’t though of.  At this point in my previous winter experience, I’d never really seen ice, as it had always been covered in snow before.  And so on my second night while camping out at Eggum I took a little wander.

By evening the the weather had calmed by what had thus far been some pretty blustery weather.  Though Eggum is often one of those places, depending on wind direction, is totally blown out (usually), or sometimes eerily calm, such as this night.  I tried some seascapes, but they weren’t working out particularly well, so I turned around and pointed my camera towards the near full moon just as some clouds began appearing from behind the mountain.

I stood there for a while in the cold and silence, the crashing of waves a few meters behind me the only sound to be heard.  Some minutes later, a pair of otters began wandering around the rock near me, oblivious to my presence; perhaps it was so cold they couldn’t smell me, or I’d only been on the islands for a couple days so I wasn’t too ripe yet.  I’ve seen otters many times on the islands, but this night, in the darkness, was the closest I’ve ever been to them.