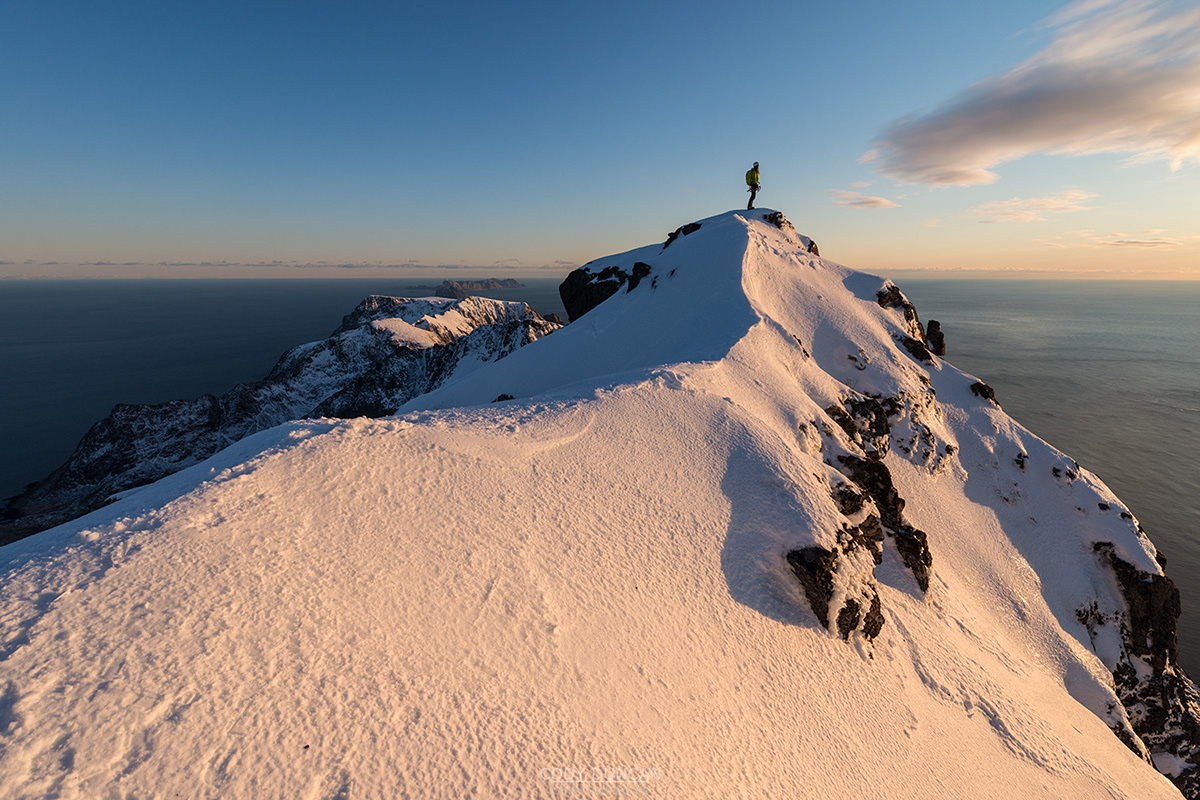 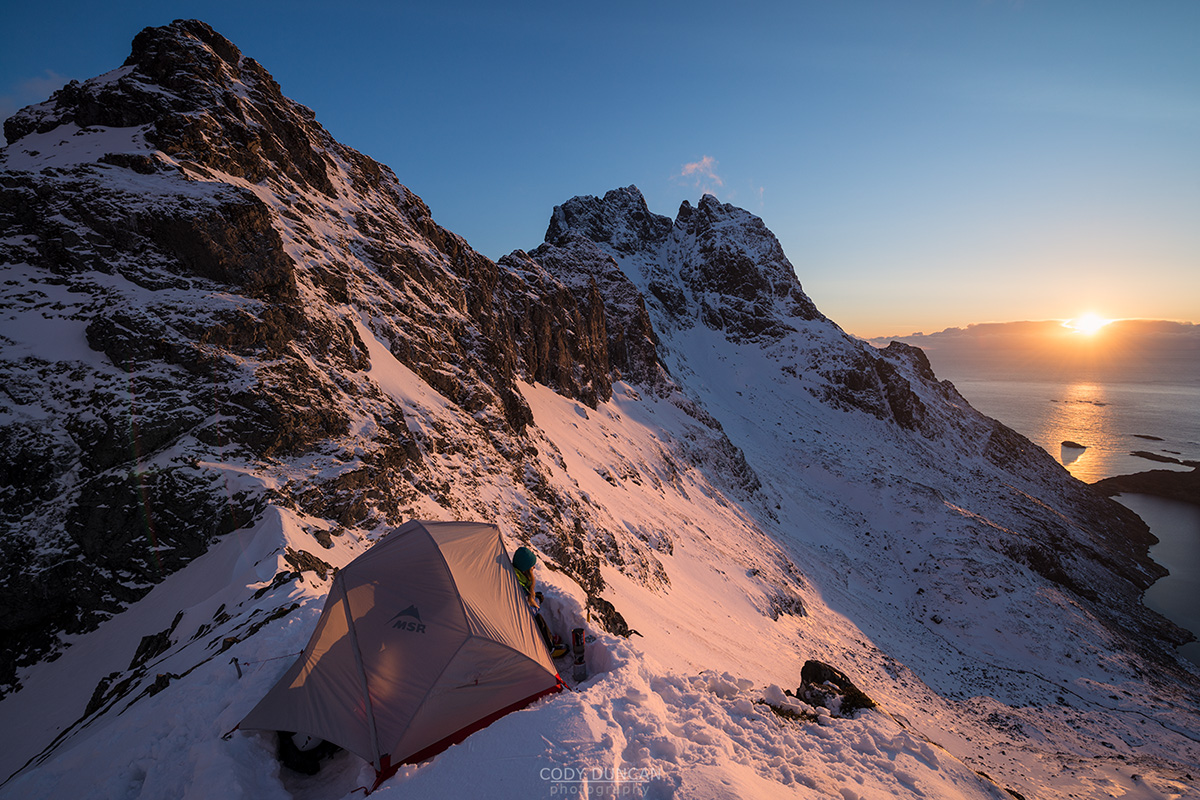 Last week was the Easter holidays here in Norway – and in Norway, that means going outside and doing stuff, or sitting in your mountain cabin. Since I don’t yet own a cabin, my tent would have to do. Luckily, the holiday also coincided with near perfect weather on Lofoten – at least sun, the wind would become a menace a few days later.

Wednesday afternoon, we headed around lake Ågvatnet and up the pass towards Stokkvika. Our plans were ambitious, a high mountain on the western edge of Lofoten that would take us 2 1/2 days to reach; all while carrying heavy packs of climbing gear through the deep snow. Trusting the forecast, we didn’t push the pace to fast.

As we arrived at the pass at Ågskaret, we weren’t quite ready to stop, but it was evident that the next place to camp would probably be further than we wanted to go. Luckily, there was a wide enough area on the ridge, that after a bit of digging and levelling, became the perfect spot for a tent.

The weather was fantastic and we got to melt snow and cook dinner in the sun until it finally sank into a layer of clouds. The mountains full of snow but the days are so long. I really love this time of year here in the north – perfect for cold adventures… 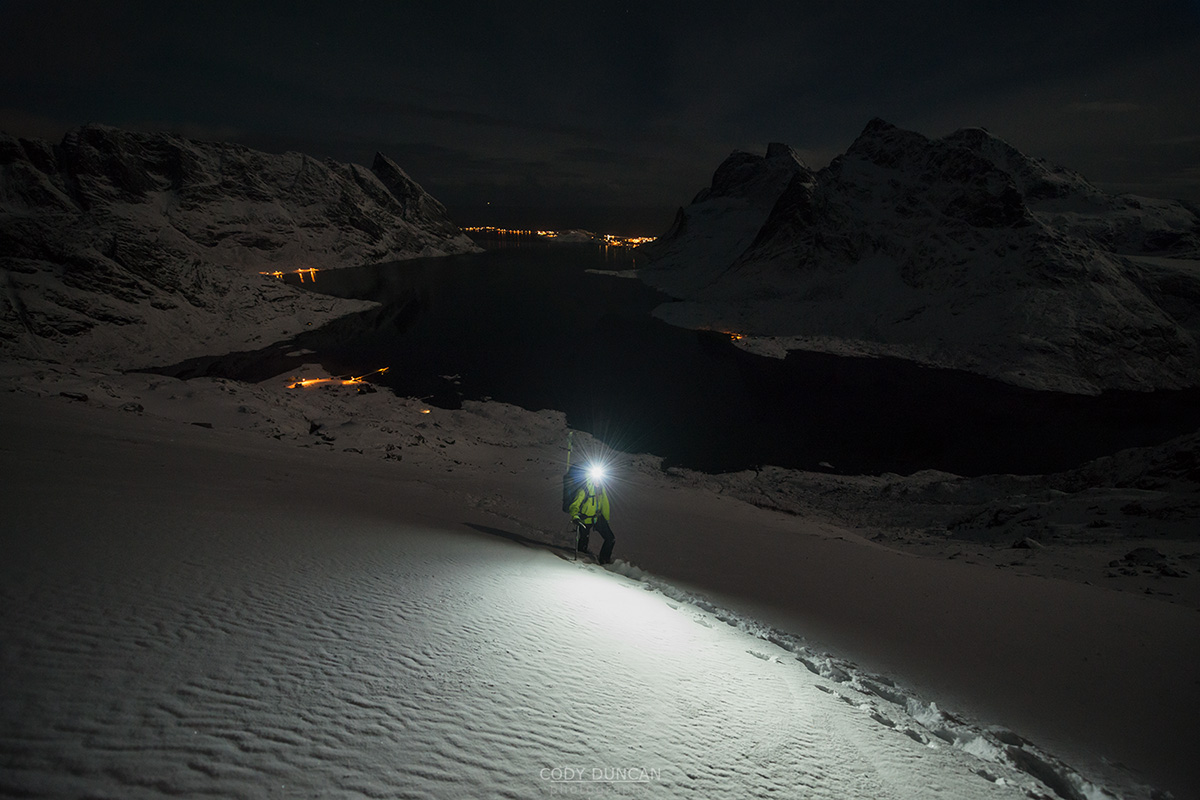