In a few more days the midnight sun will arrive on Lofoten. And by midnight sun, I mean that the sun will not sink below the horizon. Which isn’t really at midnight either, but closer to 01:00, due to daylight savings time. But I guess midnight sun sounds more romantic than one-o’clock-in-the-morning-sun.

I always find spring to be a bit of a strange time of year for the senses. Or more specifically, the days and light are what I associate with summer, but the temperatures, especially this May on Lofoten, are closer to what I think of as winter. So I just need to make sure to brink my big jacket if I plan on sitting around the mountains all night long.

This evening had a layer of light clouds over the northern sky. Something that I normally hate during the day, as it causes a flat, boring light. But with the sun low on the horizon, it was just strong enough to for some nice, warm light to shine across the mountains.

At low tide, Ytresand beach has the potential for some nice reflections, and being just down the road from my house in Skjelfjord at the time, it was an easy location to get to for a quick photo or two. The mountains of Stortind (right) and Moltind (center-ish) form the dramatic ridgeline on central Flakstadøy.

The midnight sun is little more than a week away now, but I have already begun the transition to ‘night’ hiking. Though on off days, it feels a bit weird to stay up until 03:00 and wake up just before noon or so. Makes me feel like I’ve been out partying all night and then am waisting half the day, but I think I’m adjusting better than last year.

Slettind is now one of my ‘backyard’ mountains. Though there is no trail, a relatively easy grassy slope leads you up to the ridge at around 480 meters. Then some sheep trails and a few rock steps continue the way up to the 569 meter high summit. I have a feeling this will be a place I visit quite frequently, as the views are incredible.

Under the long hours of sunlight the snow is quickly melting out and the islands are beginning to turn green, though this year seems a bit on the late side, as temperatures have remained on the cooler side for much of May. However, in the mountains, it can still be full winter, and if you are planning on hiking anything inland or at elevation during the next few weeks, then you need to be prepared for winter hiking, not casual trail walking.

You can see the coastal side of Stornappstind is mostly melted out, while the high valley on the right side is still carrying a lot of snow. And the remaining snow is likely deeper area, while the shallow stuff covering rocks will be what has melted out first.

And another warning about rockfall. This is a dangerous time of year on Lofoten. Each time I drive the road to Leknes, there are new stones, and some of them quite large, which have fallen from the mountains above.

While the midnight sun is just around the corner and the nights are no longer dark, the last few days have seen the weather turn cold with snow flurries passing over the islands. Spring on Lofoten has a slightly different meaning than spring further south.

This image from last year in mid May, in similar type weather. These passing snow flurries, with the snow only really sticking on the higher elevations, if at all, combined with the low, late evening sun can provide some wonderful light as the long shadows fall across the mountains.

Though this is also a time of year I consider a little hard to photograph, as for the last weeks the grass is mostly brown and lifeless looking after the long winter. This gives most locations in lower elevations a bit of a ‘dead’ look in my opinion. Thus, even with fantastic light, I haven’t been out shooting much unless I can get to the mountain, which unfortunately, hasn’t been much, with the busyness of life getting in the way. But perhaps I need to head up Hornet soon and watch sunset over my new house.

Soon though, the fields will be green, then the first leaves on the trees, and then the mountains themselves. And then, summer! I’m excited to see where my feet will take me this year. 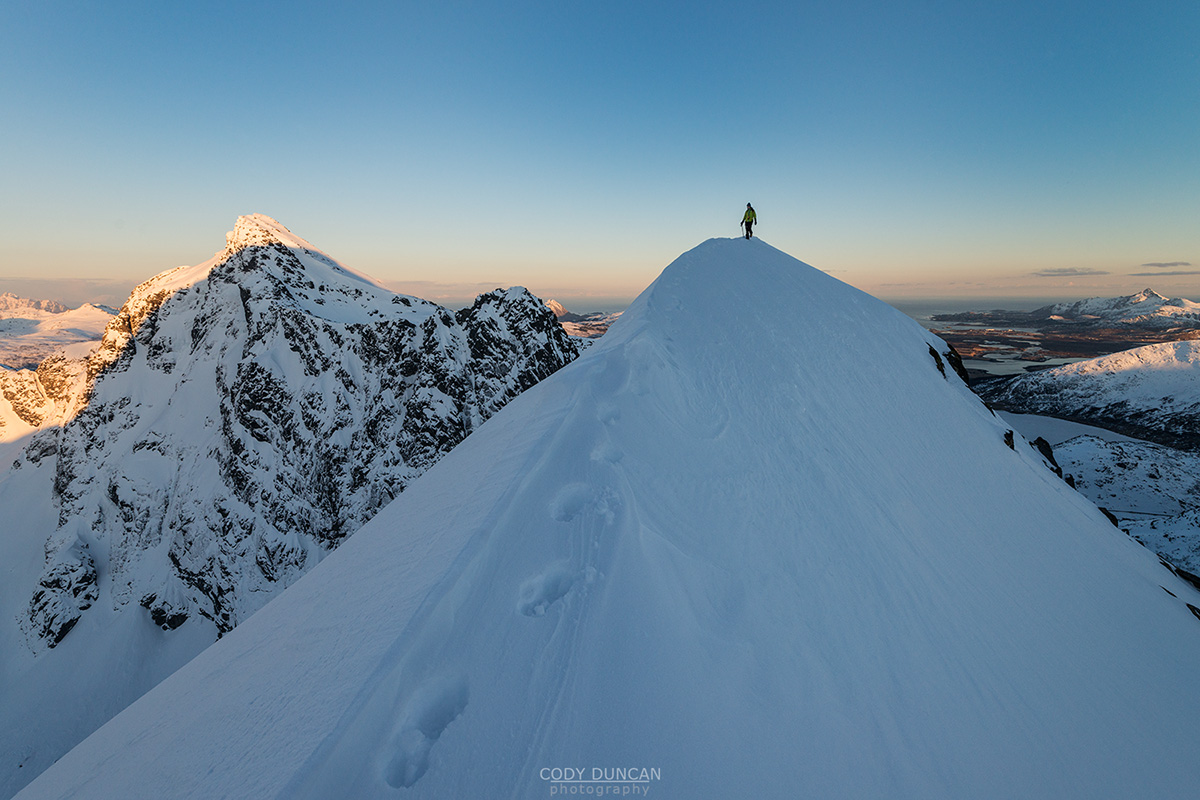