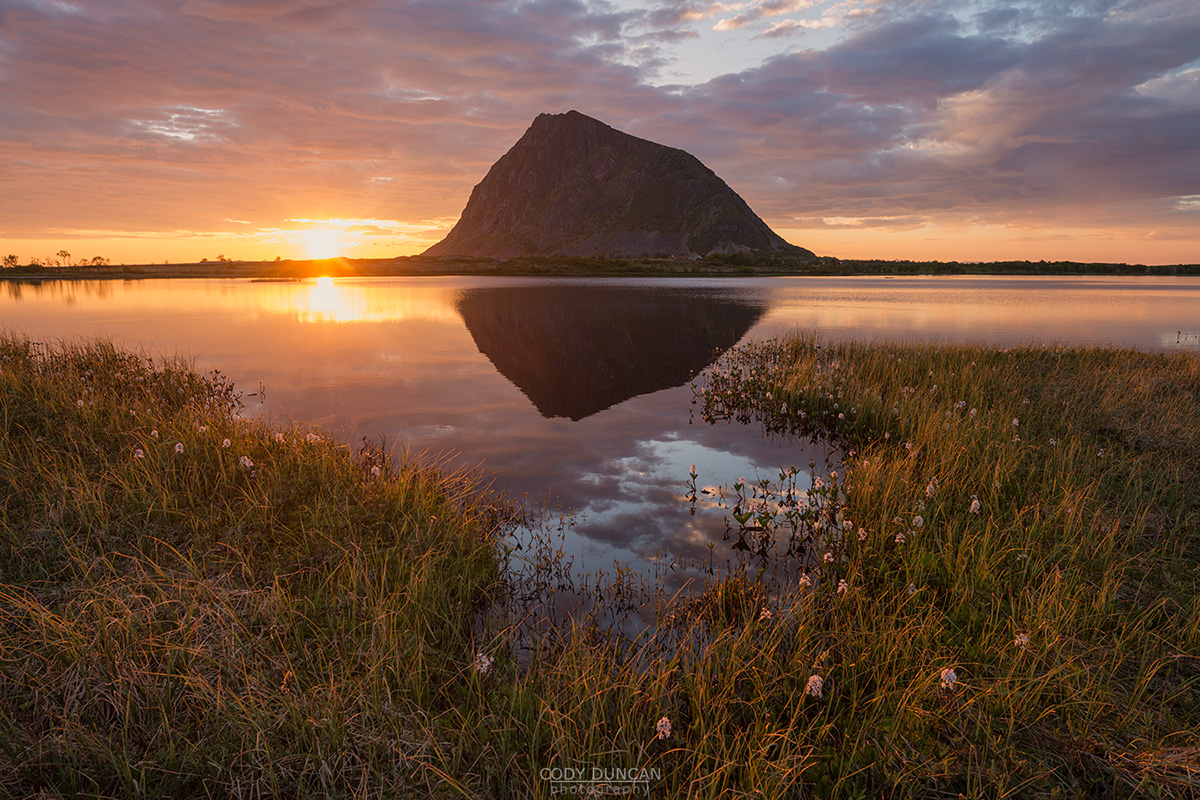 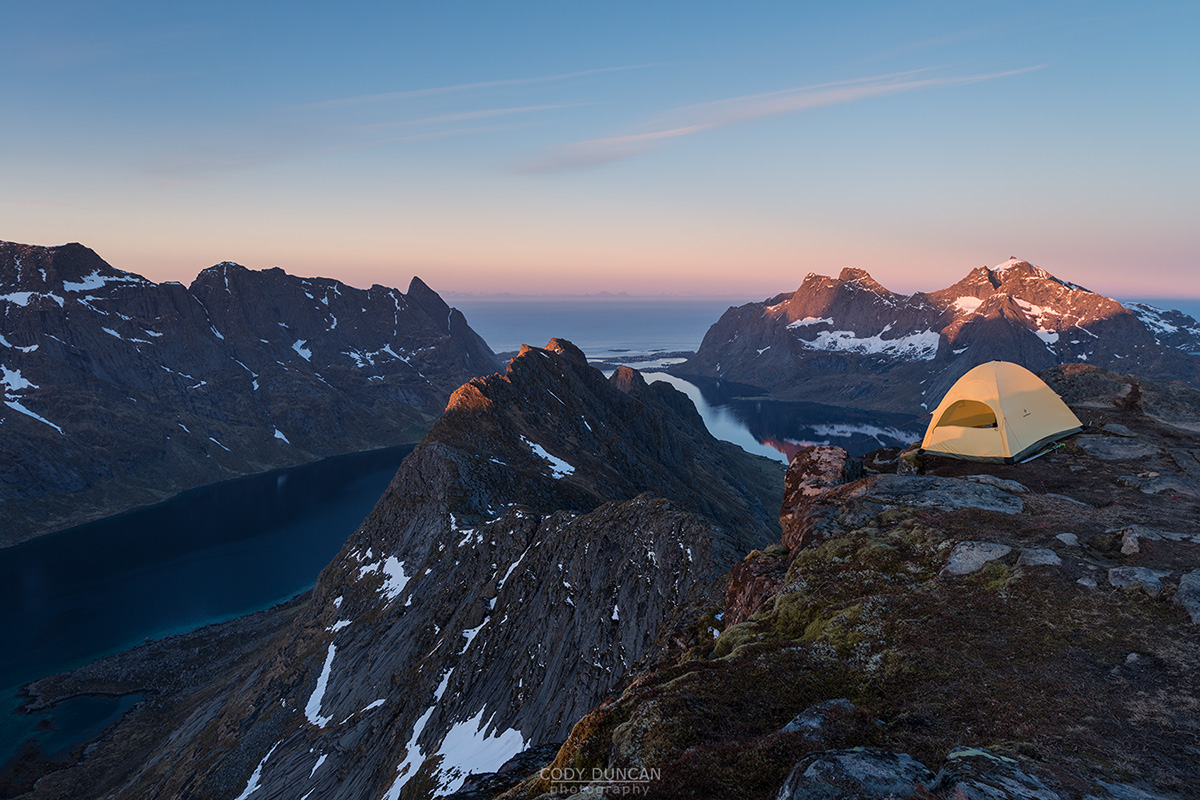 Continuing from last weeks photo over Bunes beach, here is my camping spot on the summit of Helvetestind. Truthfully, I thought about just sleeping out in the open for the night, though it had been a bit on the windy side. But I didn’t carry my tent all the way up mountain for northing, so I might as well set it up for some photos!

My main goal for a night on the summit was the last light over Bunes beach and Storskiva. But as the night grows late, the sun passes too far north and Bunes loses any direct light. However, high in the mountains, the sun still shines as it travels from peak to peak. It is sort of a guessing game as to what light you will get, where. Experience in the mountains here helps, but I’m still always surprised by something new. Which unfortunately makes it difficult to sleep sometimes, because as soon as you thing the light might be gone, something new happens! 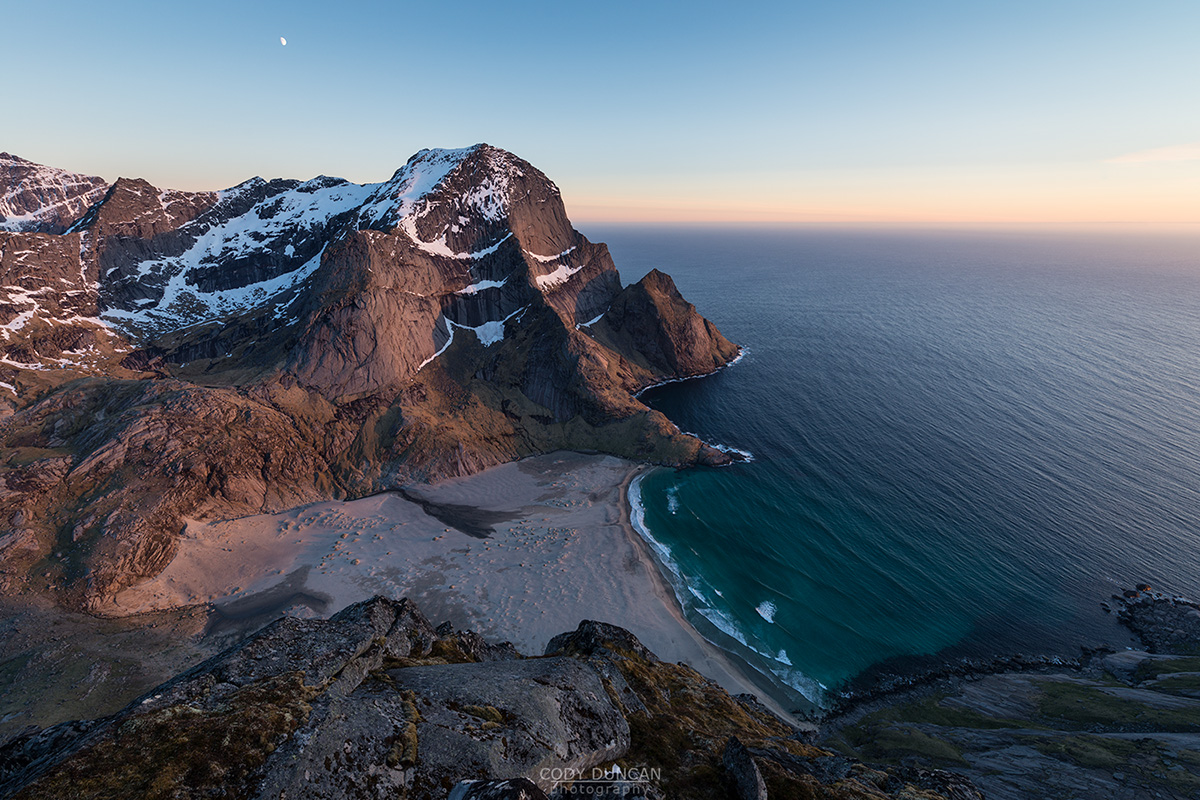 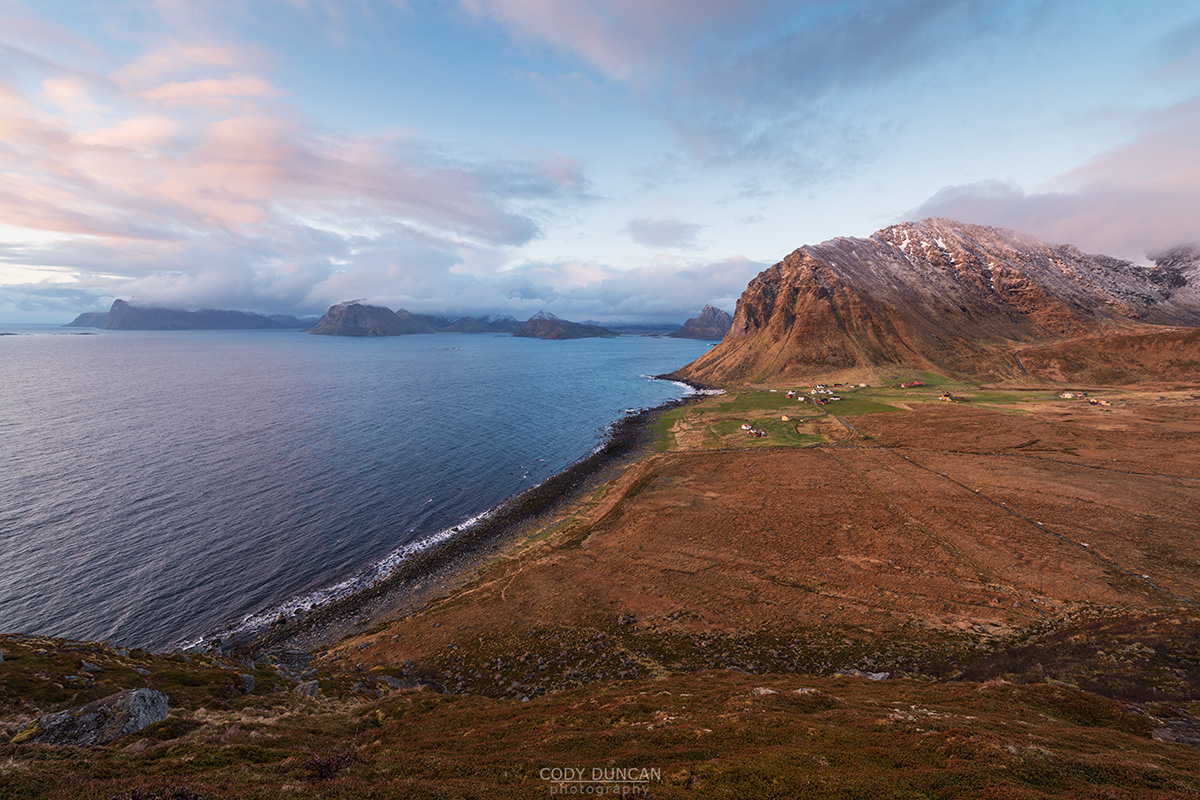 A cold north wind has been blowing across Lofoten during the last week. And while the summer sun has arrived on the islands, summer temperatures seem far away! Fresh snow has fallen across the mountains on several days, and while somewhat normal, it has been a colder than average May here in the north. And I just read that some areas of 3x the amount of snow than normal right now. Perhaps I should pull out the skis and head back to the mountains!

Often I watch the nice light and dramatic clouds outside my window during the evening, thinking to myself that I should head out to the mountains, until I remember the work I still need to do, and continue typing away on the computer. But the other day, I finally succumbed to the temptation and went for a quick sprint up Hornet.

Unfortunately, I waited a little too long, and a lay of clouds ate the sun before I reached the summit. I did manage a coupe images of the soft light shining over the valley, but nothing much compared to what I would have seen if I left an hour earlier. But with this my new backyard, I think I will have plenty of chances for something special in the next years.