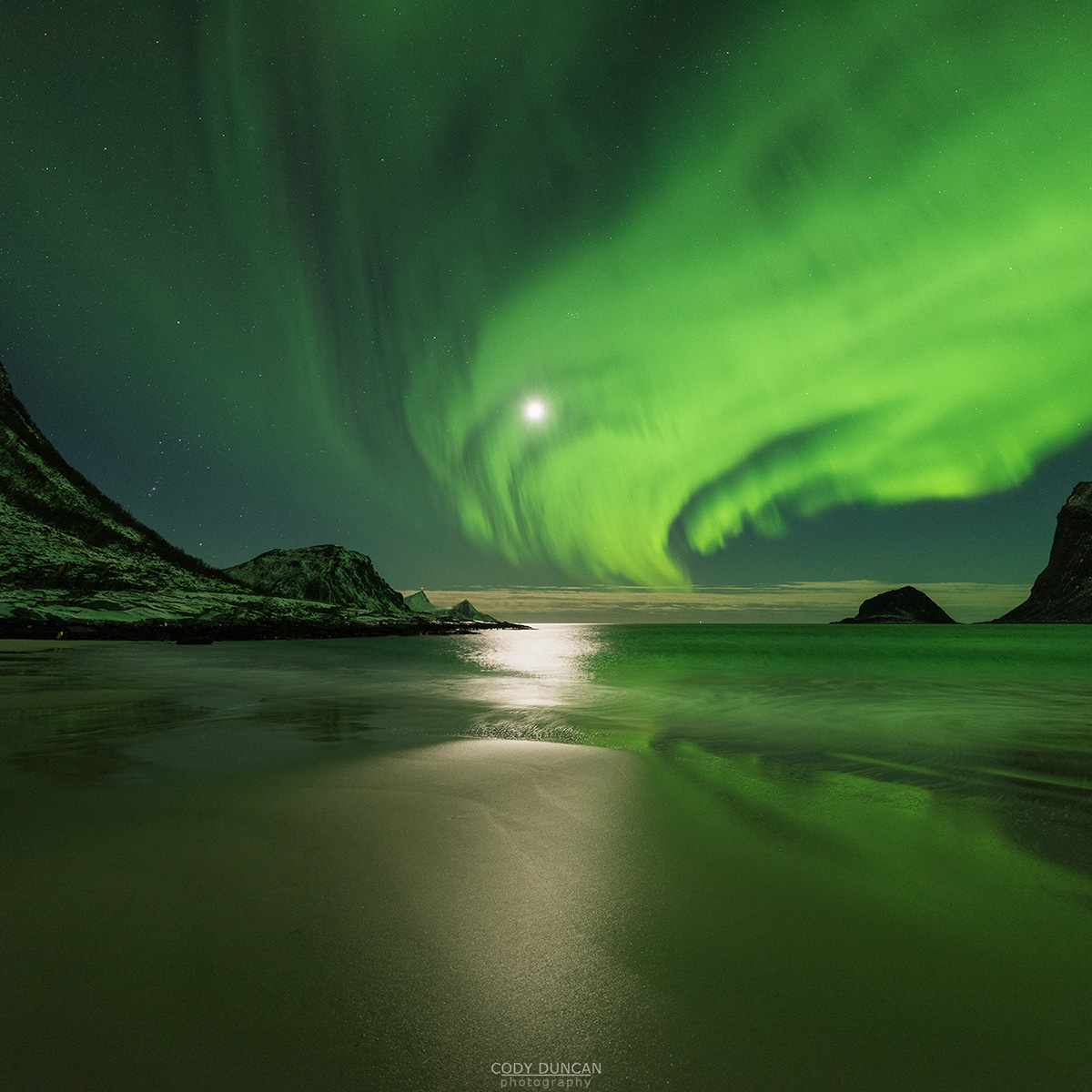 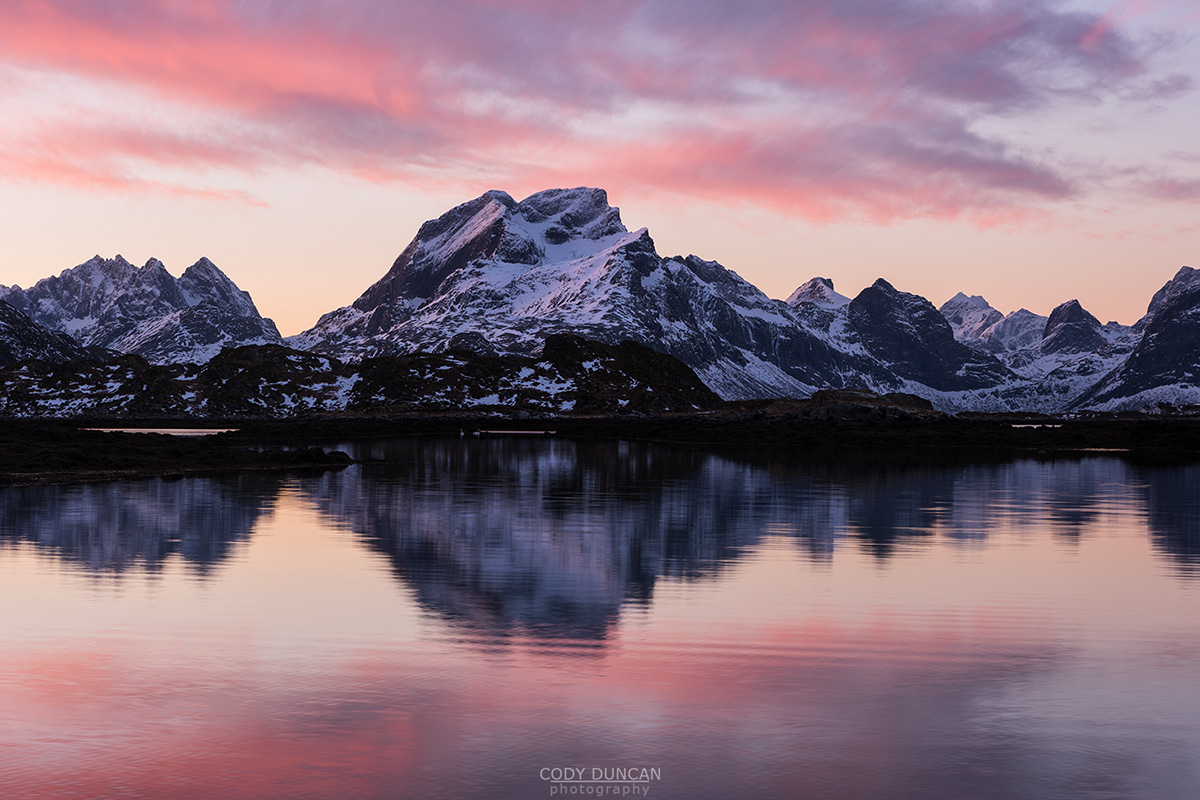 Sometimes you get lucky. Guiding my first tour of the year in late January, we were actually on our way to a different location when I saw the sky over Narvtind looking like this. So of course I stopped! As a location I have photographed numerous times over the years, it is still a nice scene that can provide some nice light with the right timing.

The light of late January is still quite directional to the south. Which unfortunately, doesn’t actually provide too many compositions for many parts of Lofoten, as the mountains block much of the sun. But a few areas will get some morning light, and this is one of them. But conditions also need to cooperate, with a still wind, so the fjord can have the mountain reflections.

I took a few other compositions this morning, but this still remains the classic view from this location. 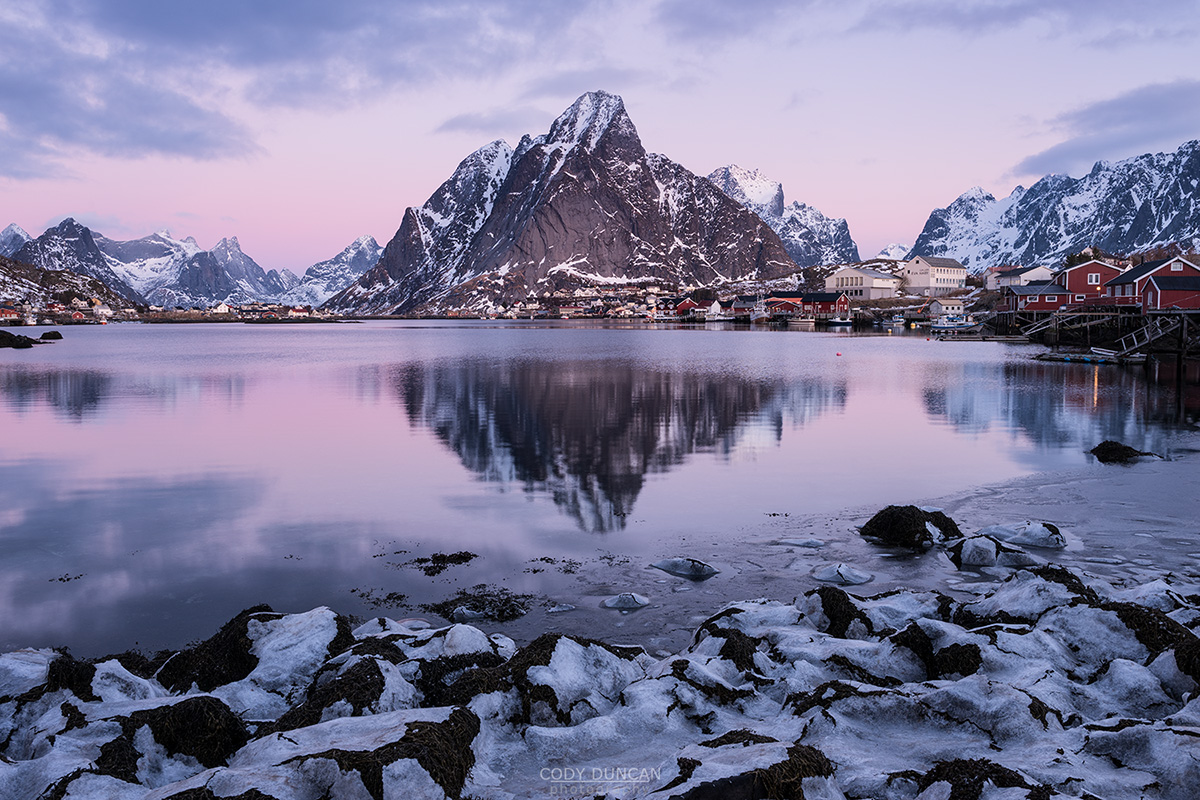 It is not often that I take photos in Reine anymore. But occasionally, and usually when I’m guiding a workshop, I’ll come across some nice conditions in which it’s worth pulling out the camera. After several days in the area this january with an annoying south wind keeping the bay reflection-less, conditions finally calmed.

After some decent snow, and then rain which washed much of it away, it was almost completely dry during the 2nd half of January this year. But the dry conditions also brought a freezing cold to Lofoten, and so even without snow, we had ice.

As the tide receded, the frozen sections of the shoreline waters were left to fall and break across the rocks. Without this element as a foreground, I probably wouldn’t have shot this scene – even though the twilight was nice enough itself! But the this layer of ice helps hide what would be, for me, the overly messy rocks and seaweed. I also shot another composition with just Olstind’s reflection in the water, but I like this version better, as it gives a better sense of place to the image. 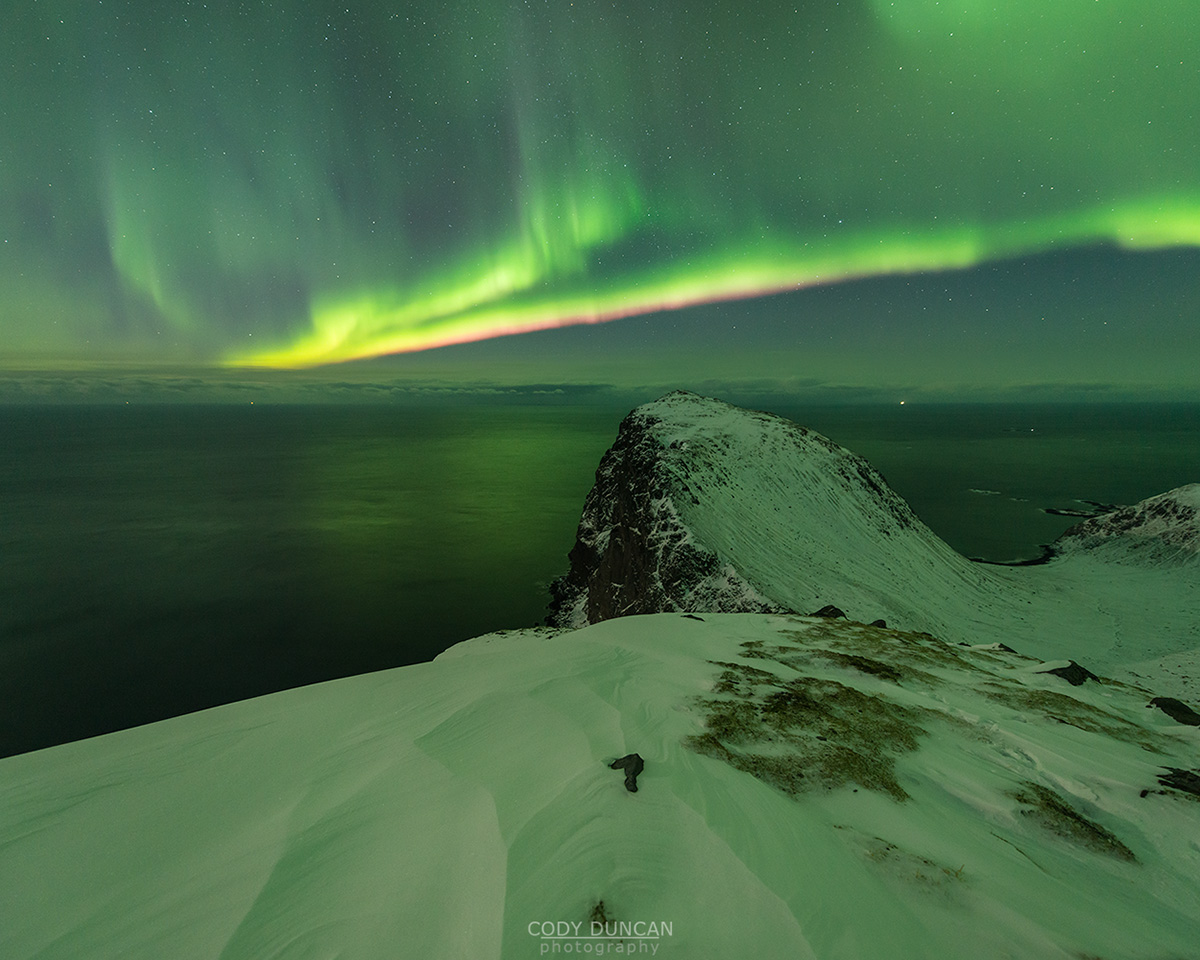