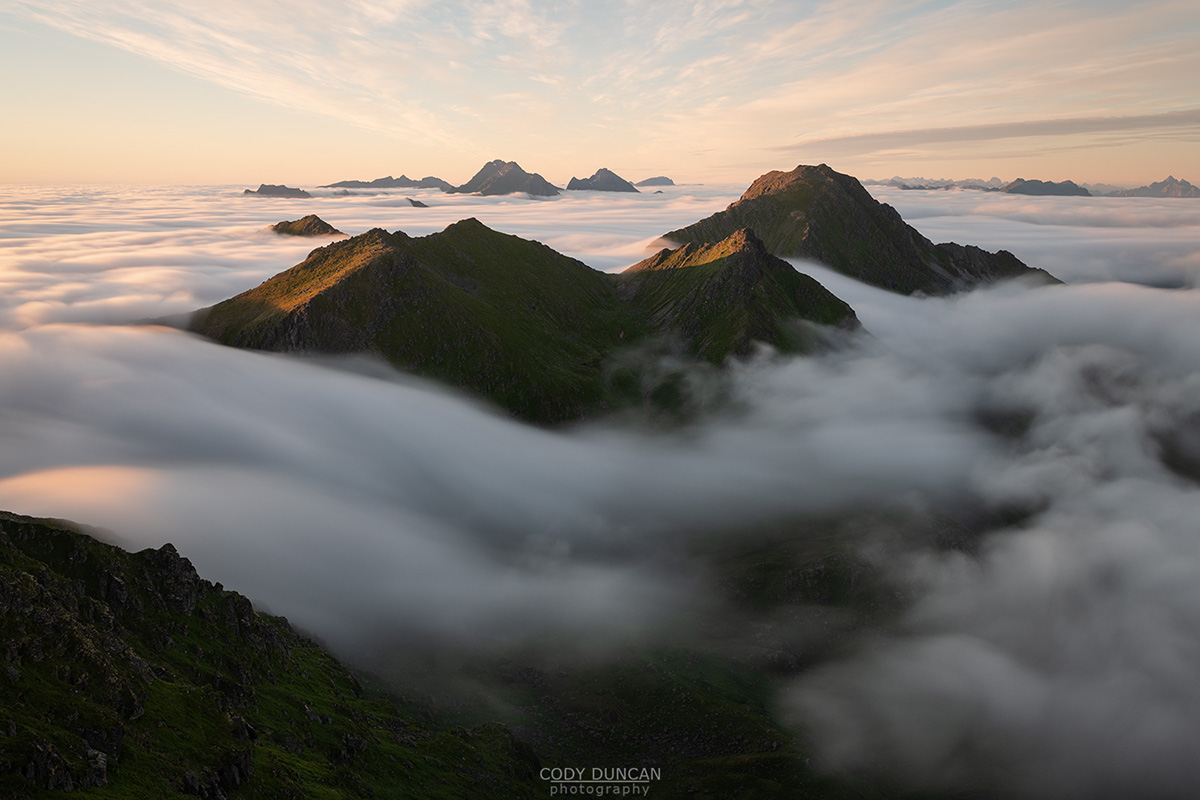 When the summer wind blows out of the north, the outer side of Lofoten can become concealed in a blanket of fog approaching from the sea. And what might look like a dreary day down below can become almost a dreamlike world up high, above the fog.

The other week we had a few days of fog covering the northern side of the islands – Typically the southern, Vestfjord side, of Lofoten remains fog free and sunny. I decided to head up one of the local mountains near my house to get some sunlight and see what might happen.

Initially the fog was quite low and remind on the north, left, side of the mountains. But as the hours passed, it grew thicker and flowed further inland, until almost all of Vestvågøy was hidden, only the peaks above 500 meters rising into the sunlight. At my location at about 700 meters, I was safe.

With the fog flowing over the mountain pass below me, I knew I wanted to capture something more than a static shot – which looked a little boring, actually. So I used a 10 stop ND filter for an exposure of 30 seconds. I could have gone longer as well, but my phone had died, and I didn’t feel like counting. But 30 seconds was enough to both capture the movement of the fog and to soften it, creating a better separation with the mountains. 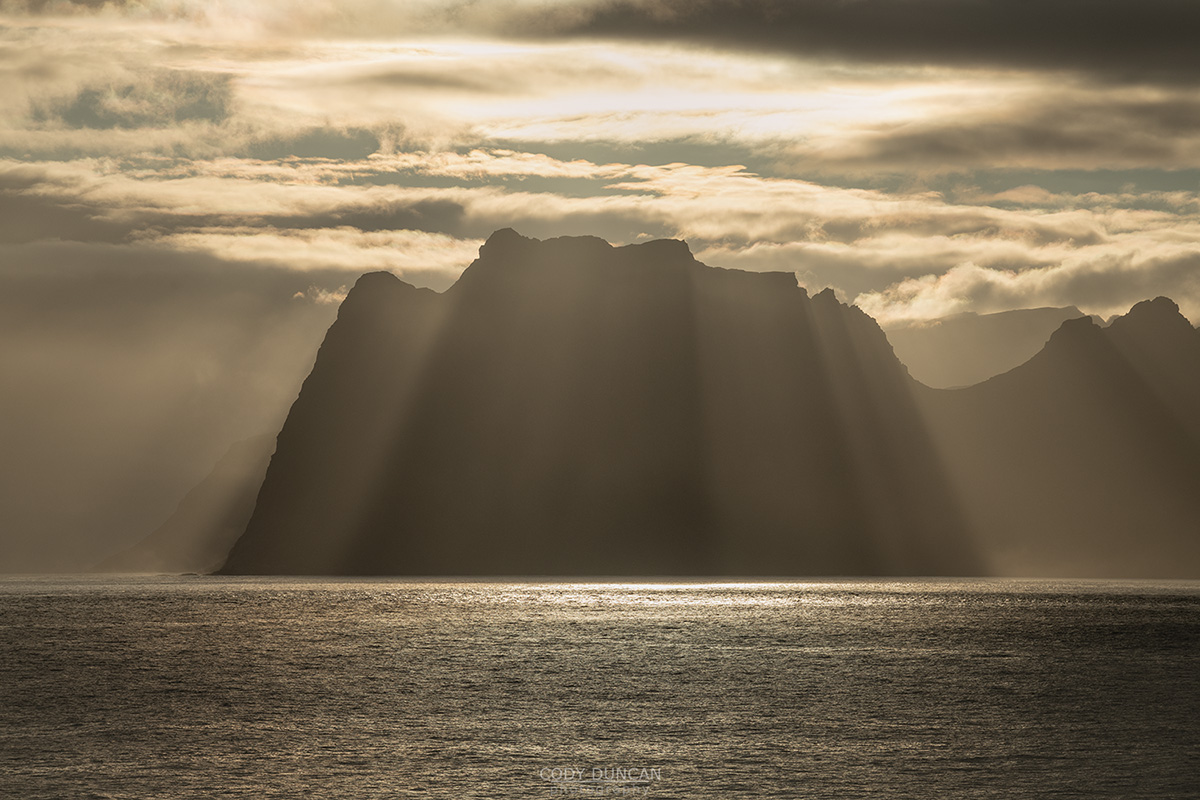