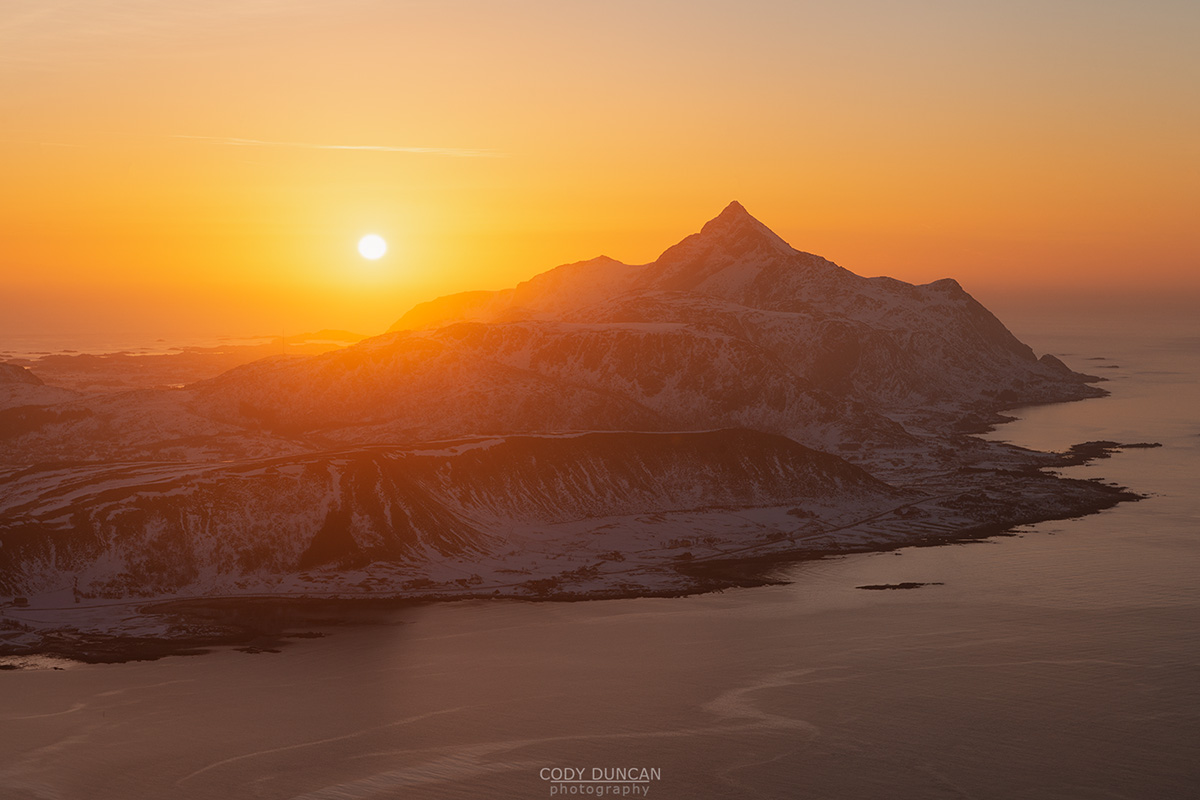 With the last sunset of the year only a week away and a pretty crappy weather forecast until then, it is likely that Lofoten has seen it’s last sunlight for the year. Luckily I’m down in Oslo this week, and will have a bit of light hopefully. Otherwise, I can’t remember when I saw the sun last anymore, but it has been some weeks already.

So now I look forward to the return of the sun here in the north. Technically it should be January 5-6, depending on where on Lofoten you are. But as with our descent into the polar night, the weather also plays an important factor. So it can take another week or so before I might see the sun floating low over the southern sky.

This year, 2018, January 10th was the return of the sun to Lofoten. Some low hazy clouds had been forecast, so I knew I needed to head up a mountain for my best chance at a bit of light. I’ve already written about this day before (Friday Photo #262), so I wont go into much detail. But the countdown now begins. When will the 2019 sun return?… 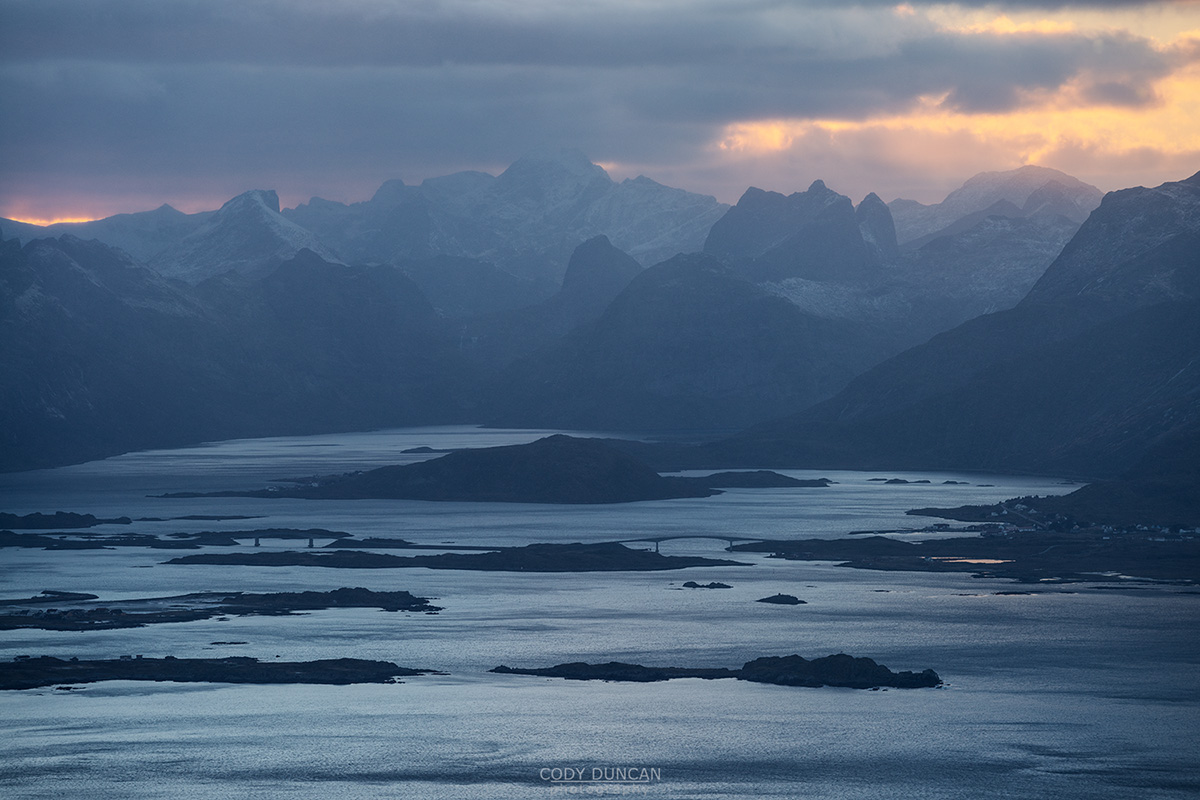 November is a strange month here in the north. Some years, there can be some nice days, while others, like this year, it is seemingly non-stop rain and darkness. Even though the polar night is still a few weeks away, many parts of Lofoten have already entered into perpetual twilight in the shadow of mountains. And with the sun only rising 3˚ above the horizon at the moment, even on the southern side of the islands, any low layer of cloud will hide the sun. While there is still chance to see the sun again before the final sunset of the year, that day might already have passed if the current weather remains. Last year I did not see the sun for over 2 months.

And so, we kind of just wait. Wait for the cold and winter to arrive because at least with snow, they land is much brighter, even in the mountain shadows of the yttersia. This year will be my 3rd polar night here in the north. Though it is not off the table for me to head south for a bit over the holidays, to get a little vitamin D in my system.

When going out hiking in the morning these days I have almost the same feeling as when heading out in the evenings during summer. You can feel the sky is dark and the sun is low. Only in summer it will soon get light again. In November, it means you only have a few hours before the headlamp needs to come out of the backpack. Otherwise, most of our lives take place in darkness for the the next 2.5 months. A strange thought as I’m live stream the big wave surf comp from Nazare, Portugal as I’m watching this; bright blue sky overhead. 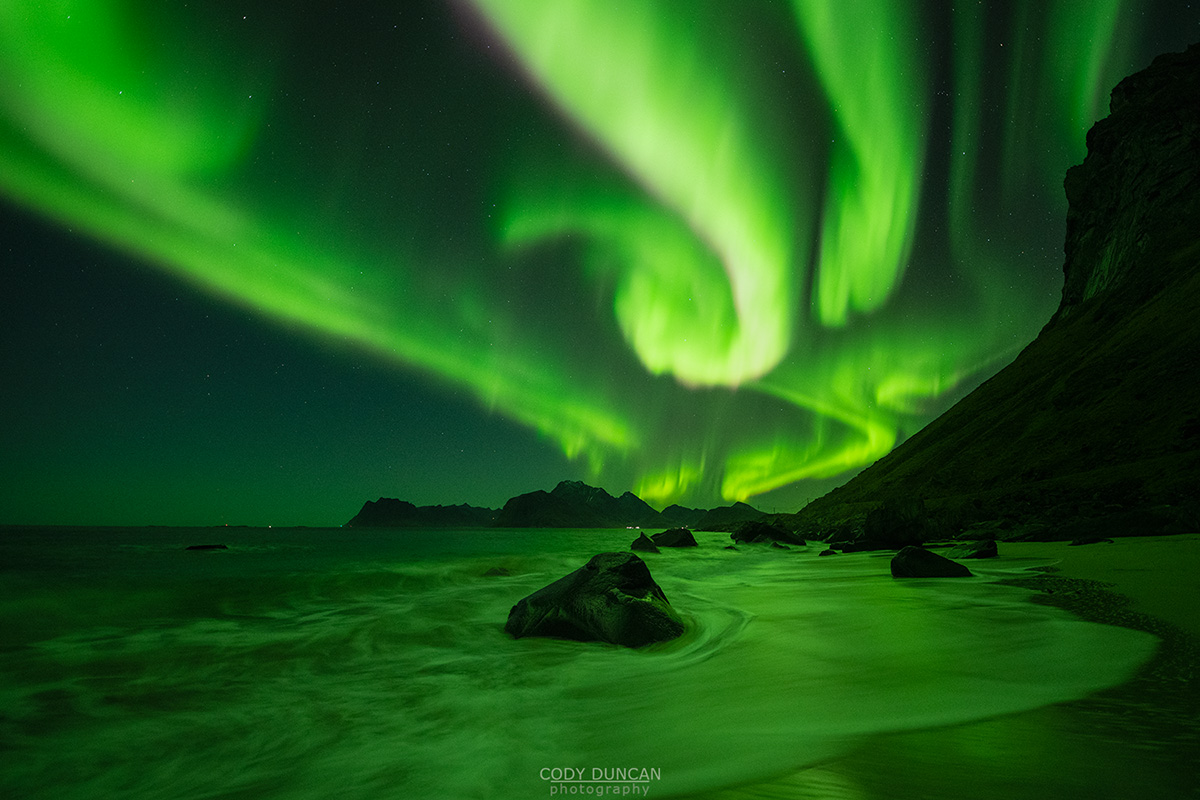 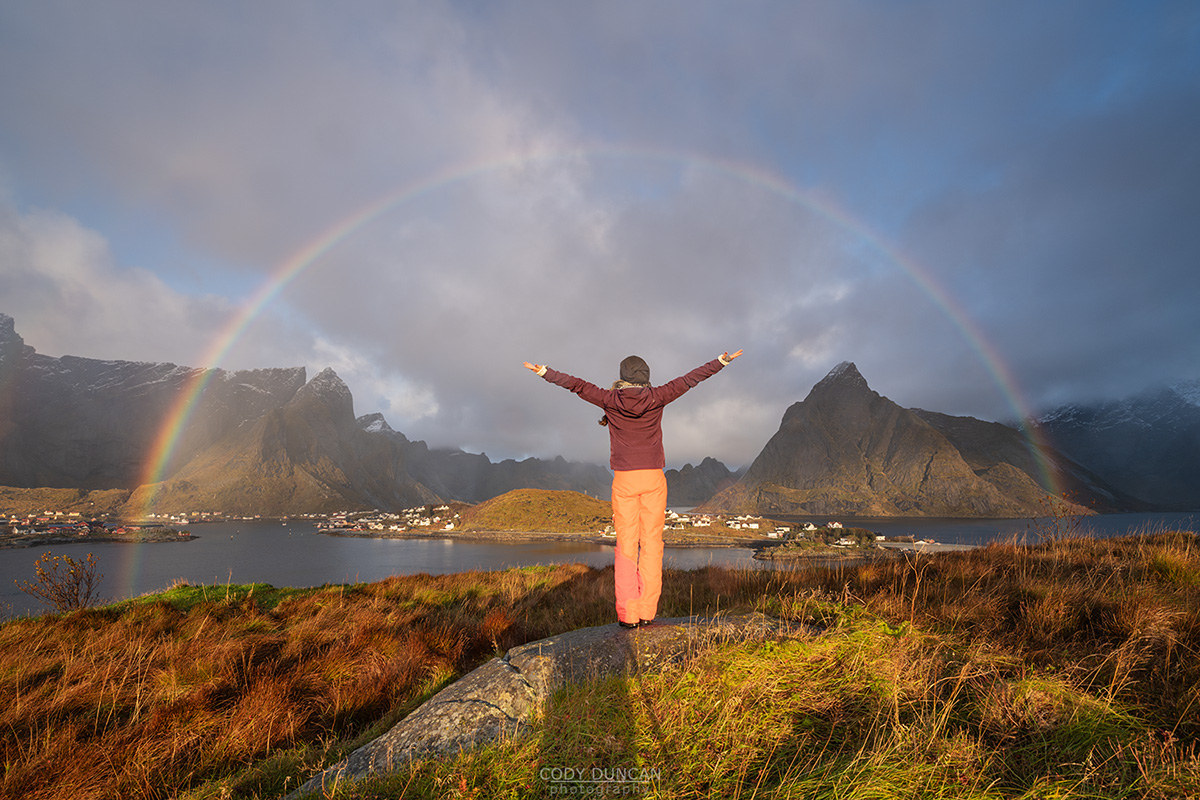 Last weekend I had the pleasure of being interviewed by photographer Matt Payne for his podcast: F-Stop Collaborate and Listen. We had a nice chat mostly about my life here on Lofoten and the changes in photography and tourism that the islands have experienced over the years. The episode is now available on Itunes –  so if you can handle listening to my slightly rough voice (I had a bit of a cold) for an hour, give it a listen!

My first winter photo workshops are now online over on my PHOTO TOURS PAGE.

All my winter 2019 tours are now full. There will be several more winter 2020 dates announced soon as well. As with 2019, all 2020 dates will be with me co-guiding with other tour operators. I simply don’t have the time to run my own tours anymore – which is a good thing!

There will be some additional summer and autumn 2019 dates announced soon as well. But the schedule will be lighter than previous years, as there just doesn’t seem to be too much interest in summer here for some reason, so I will mostly keep summer free for me to be out in the mountains…

Stay tuned for more dates to be announced soon…

It is getting to be that time of year again where the temperatures are falling below freezing more frequently and sun is too low in the sky to reach many parts of Lofoten, meaning the landscape is beginning to ice over for the winter. And for the next months most activity on the islands takes place in twilight and darkness. This includes the driving.

Last winter, the islands experienced unprecedented chaos from unprepared drivers and the local newspapers had near daily about crashes, with even local politicians wondering if there should be some sort of extra testing for drivers inexperienced with winter conditions. This year will no doubt be the same.

So I’ve written a bit of an article about a few things to be prepared for when driving here during winter: WINTER DRIVING.