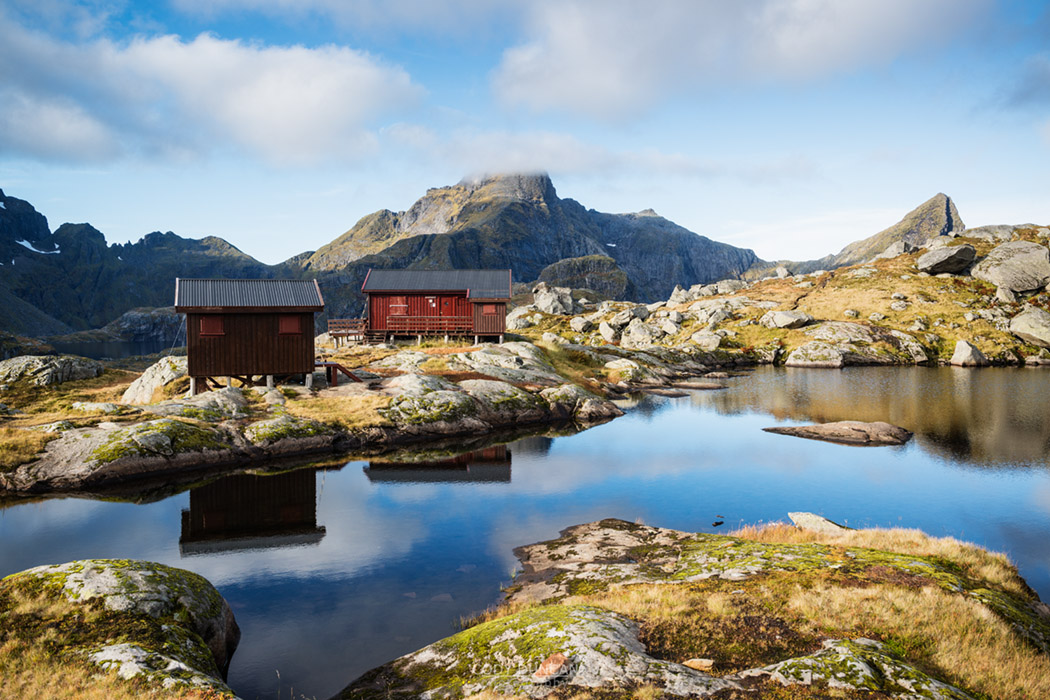 My last full day on the islands for 2012.  After a rather stormy last few days, the weather cleared up and I decided to make one last journey into the hills.  I had originally planned on getting an early start to the day and maybe making an attempt on Hermannsdalstind, but that didn’t happen; perhaps because I stayed up too late the previous night looking for Northern Lights.

By this time in the year, end of the first week of October, nearly all the trees across the islands had lost their leaves.  While this left much of the islands somewhat barren looking as they awaited the arrival of the first snows, the low, ground foliage still had some nice color to be seen.

I had actually planned at staying a night or two in the Munkebu hut in August or September, but someone decided to infect the place with bed bugs (eeeekkk!), so it was closed the majority of the 2012 Summer season (as far as I have read, it has been re-opened for 2013, but that’s probably a bit late news for you if you’re reading this now).  But as I’d never been up here before, I decided just to start hiking and see where I ended up for the day.

While I think this area is quite a beautiful part of the islands, and one of the the most isolated parts of Moskenesøya, one of the landscape photographers greatest nemeses is present, power lines!  grrr!  There would be some beautiful, untouched views from up here, yet a row of power lines always seem to find their way into the best composition.  And I’m not even sure what they’re doing way out here, and the poor guys that had to put them in in the first place, but they’re there.