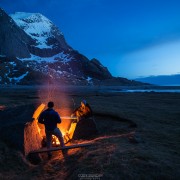 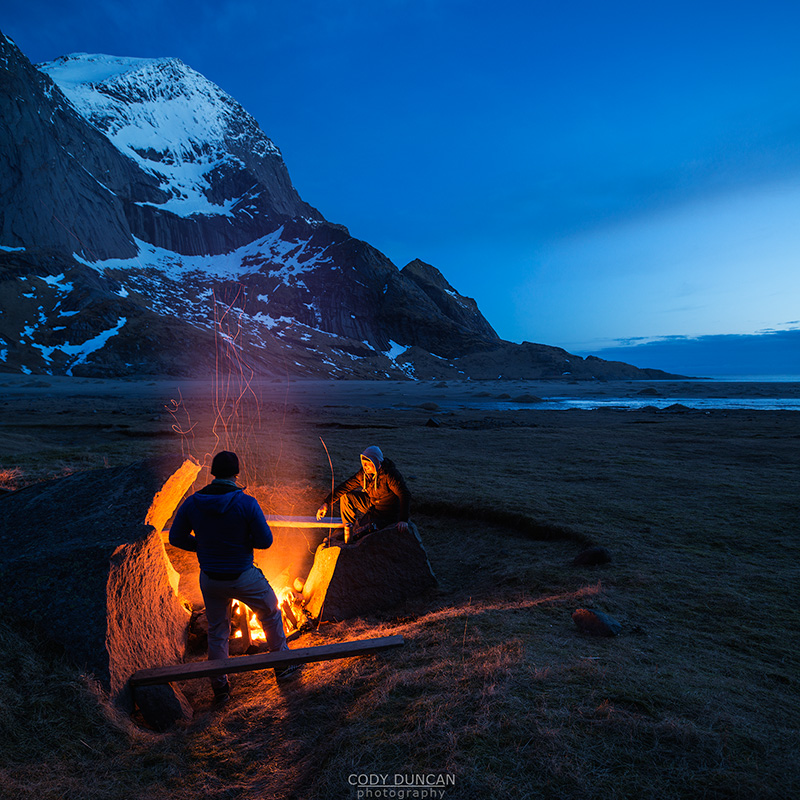 While I don’t write much about my professional life as a photographer on this website, mostly because it has little to do with Lofoten, there are a few times when I need to say ‘Hey, check this out!’

As someone who would loosely be described as a landscape photographer; I would rather be an adventure photographer, but I don’t have enough friends to travel with, so am forced to go alone and merely take landscape photos of my travels – or stay at home, the question is often asked: ‘ Would you like to shoot for National Geographic?’

While the answer is an obvious ‘YES!’  Life is not so simple as based upon the opinions of friends and family.  But now I’m proud to announce I now have some humble beginnings within the famed yellow borders.

A couple of my Lofoten images were published in the February edition of the Polish version of National Geographic Traveler magazine in an article about the world’s most spectacular islands, in which Lofoten rightly was included! 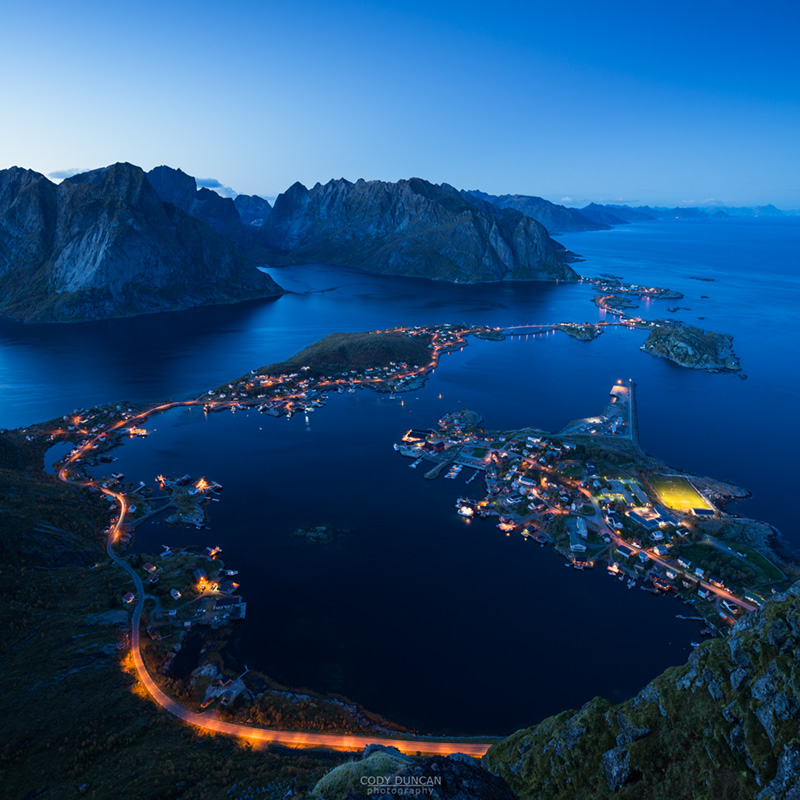 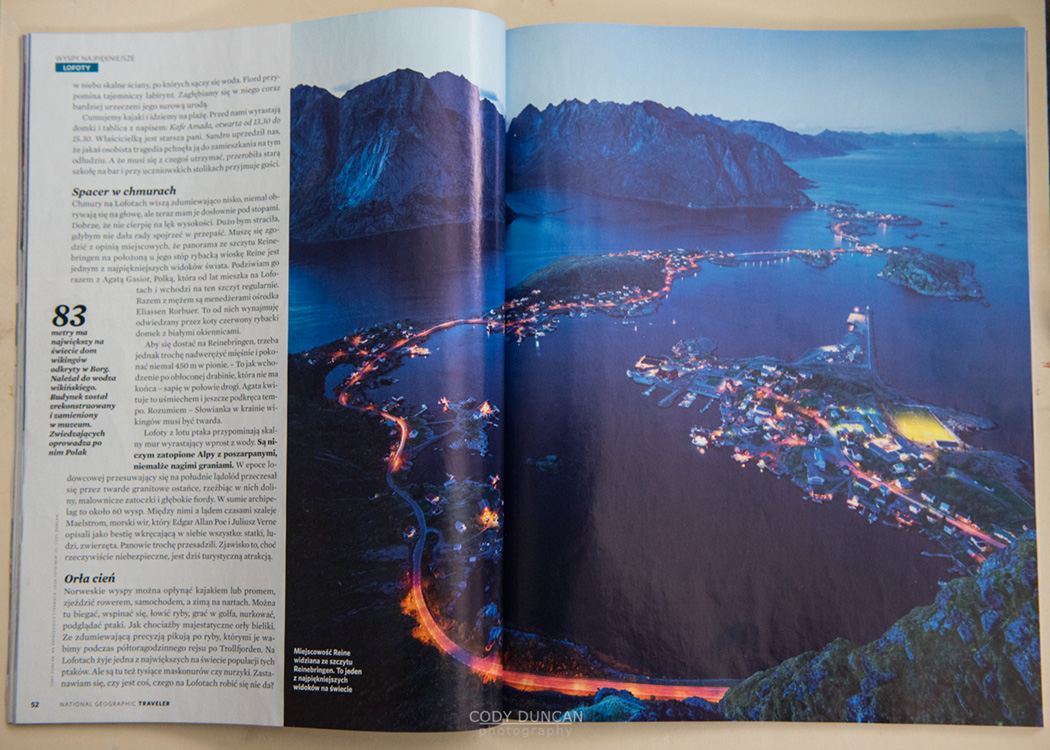 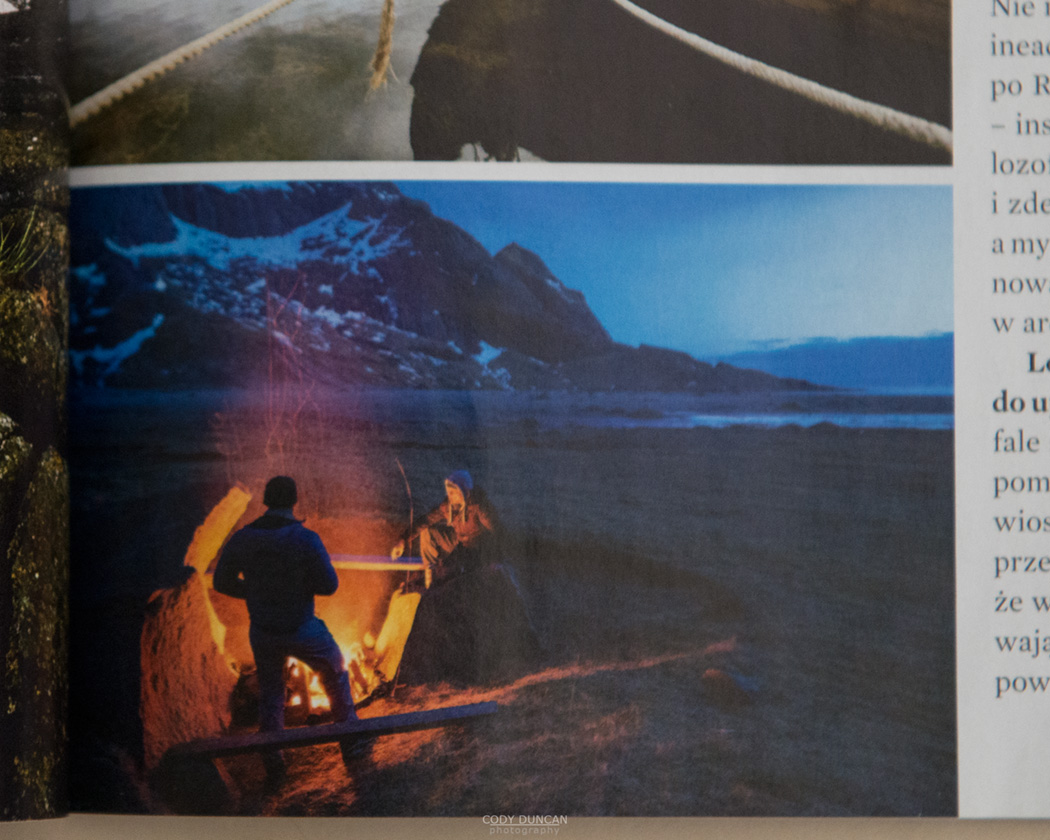 And for a bit more self promotion while I’m on the subject, though not entirely related to Lofoten.  One of my Images of the Hurtigruten traveling through the Geirangerfjord in central Norway is in June’s issue of Men’s Journal magazine (US).  I took the image while on a multi-day hitchhiking trip between Bergen and Trondheim (and back) in the summer of 2006 – when I had a lot more free time than money – which is pretty much my same situation today… 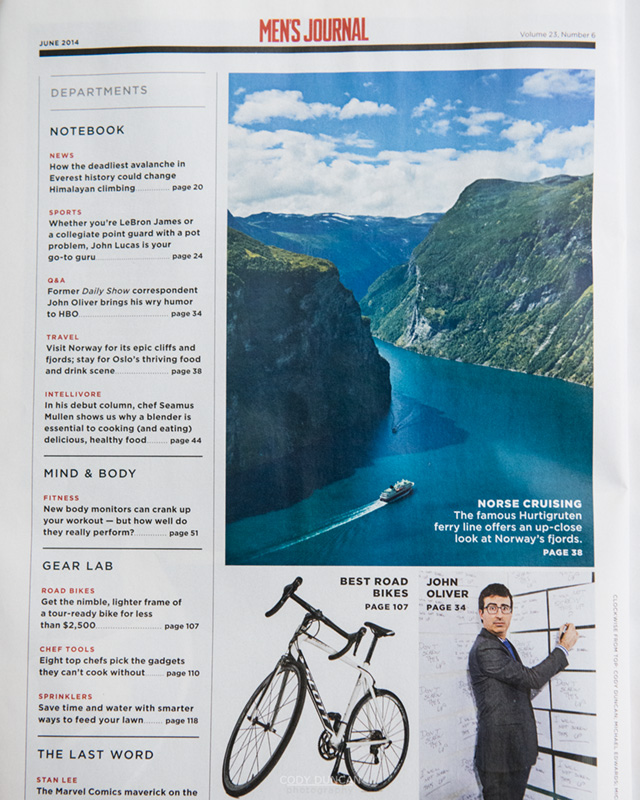