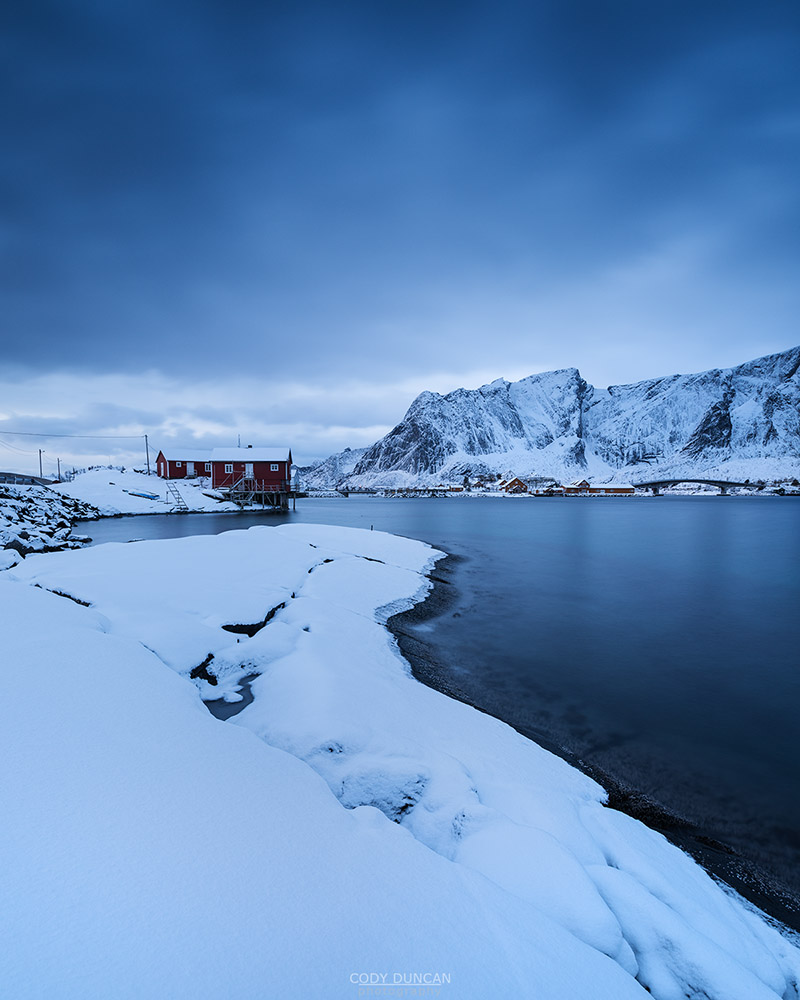 A fresh layer of fallen snow at dawn – perfect! Though the heavy sky kept much color from appearing, a layer of snow covering the coastal rocks down to the tide line is one of my favorite types of winter scenes on Lofoten, and one that has to be taken advantage of when it appears.

I have shot many versions of this scene over the years, more often turning 90˚ to my right and looking across the fjord the the rising pyramid of Olstind, across the fjord. However, on this day I turned my attention to the Rorbu cabin, as the light was slightly more interesting in this direction, with a bit more contrast behind the mountain. And I have plenty compositions of Olstind in better light anyhow…

I think this is a nice ‘winter on Lofoten’ type scene: Rorbu, mountains, sea, and snow. 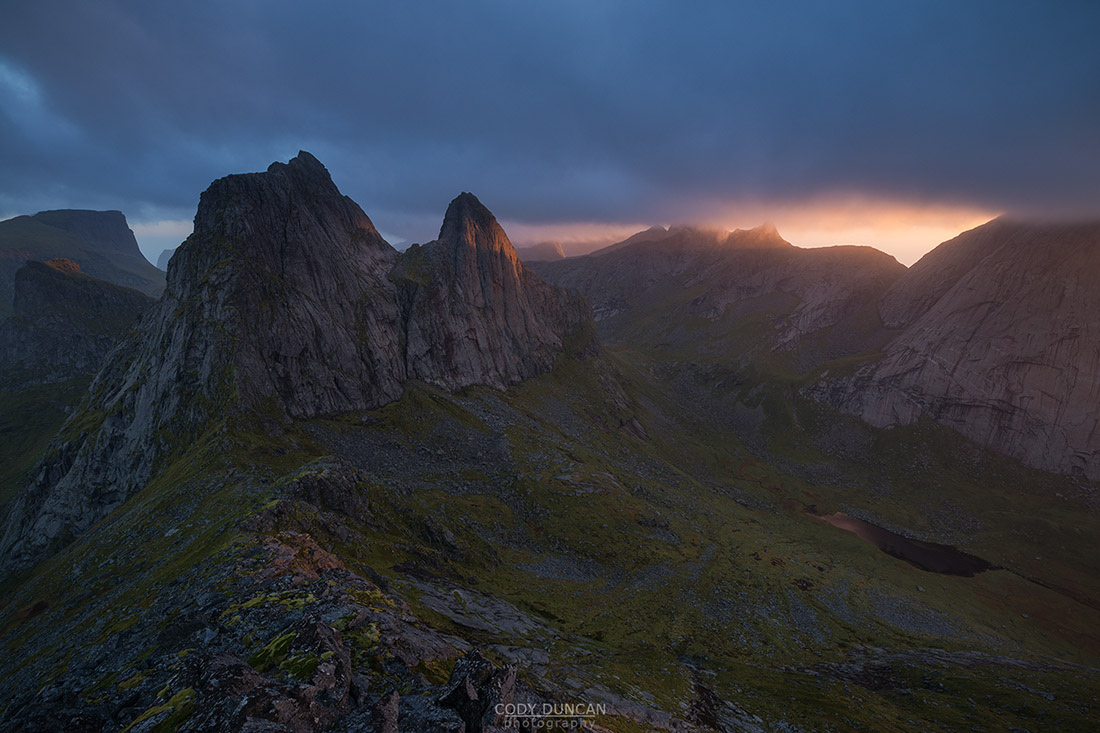 Just in time for Christmas, there is an interview with me on a new travel and photography podcast called The Traveling Image Makers, by Ugo Cei from Italy. We had a brief conversation last week about – can you guess(?) – Lofoten…

Here is a link to the website, or you can also search for it in the Itunes store. 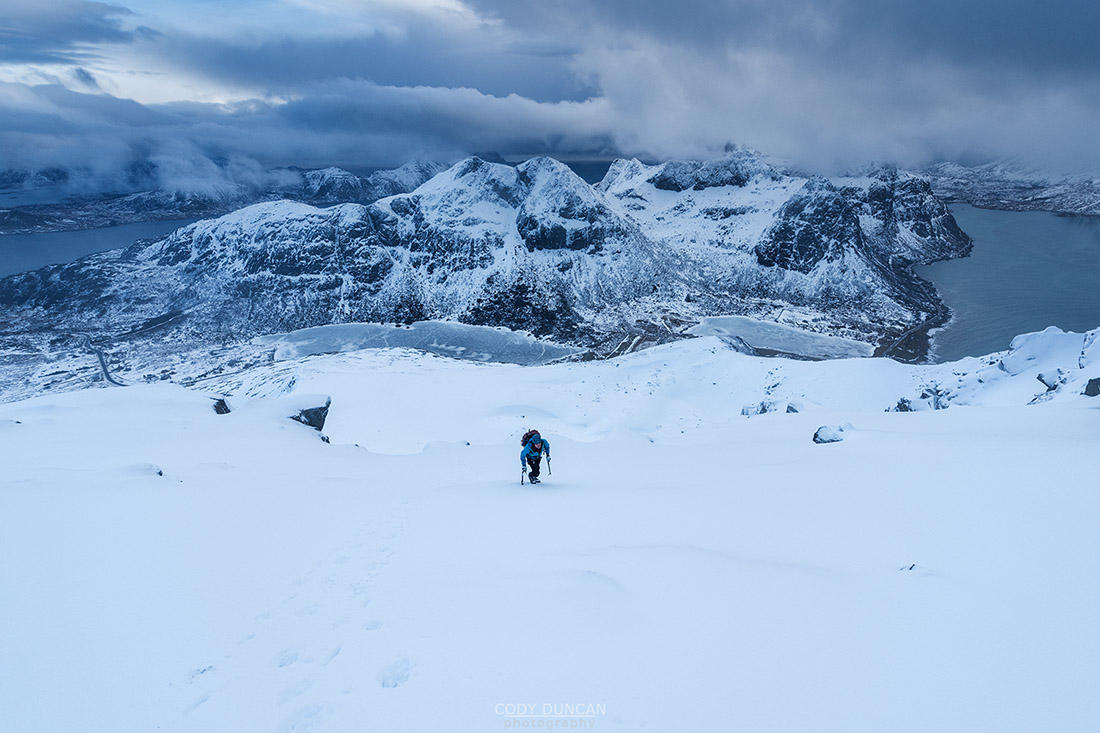 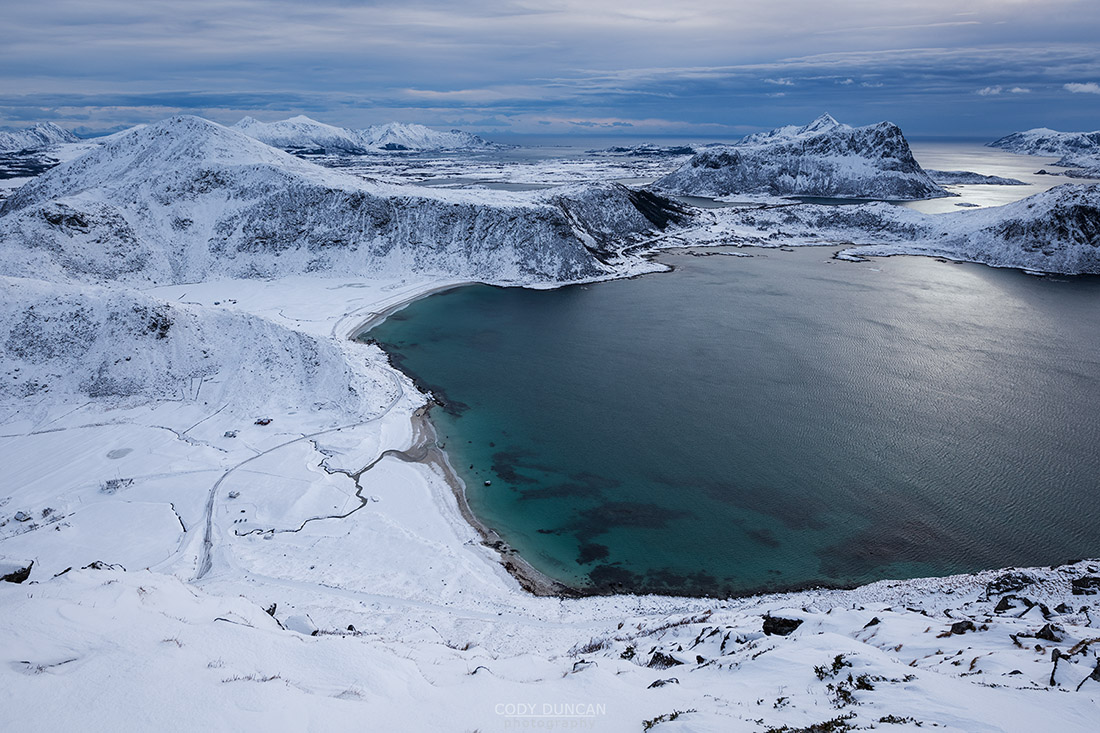 A few weeks earlier I tried to take the normal trail to the summit of Mannen, but beneath the deep snow, I took a wrong turn.  Once my friend Till arrived on Lofoten from Germany, we took a look at the mountain and decided to take the ‘direct route.’ An hour plus of climbing the steep hillside, traversing thin passages of snow, and a final scramble up the rocky ridge, we arrived at the summit.

The weather was grim, with a strong wind blowing from the west, flying snow filling the air over Uttakleiv.  But a few parts of the mountain remained sheltered enough to keep my tripod steady as I took in the view over the snow covered Haukland beach.

While this location is better known for its summer view, I think I like the winter version better.

You can find a (summer) hiking guide to Mannen HERE. 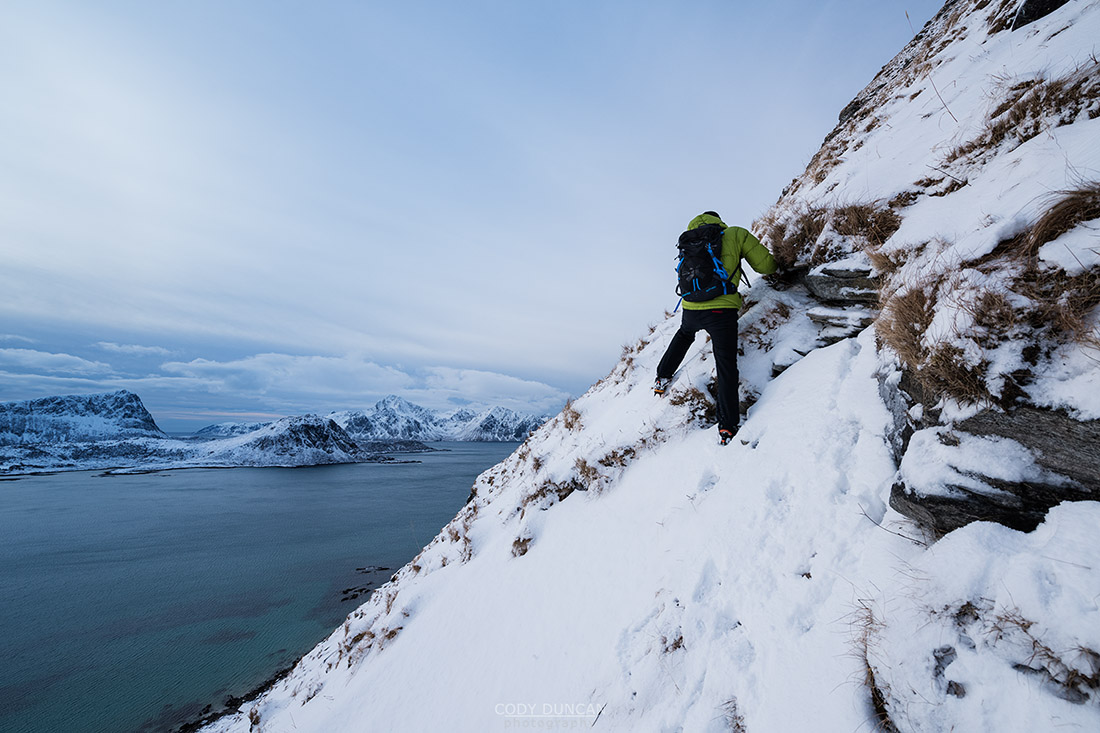 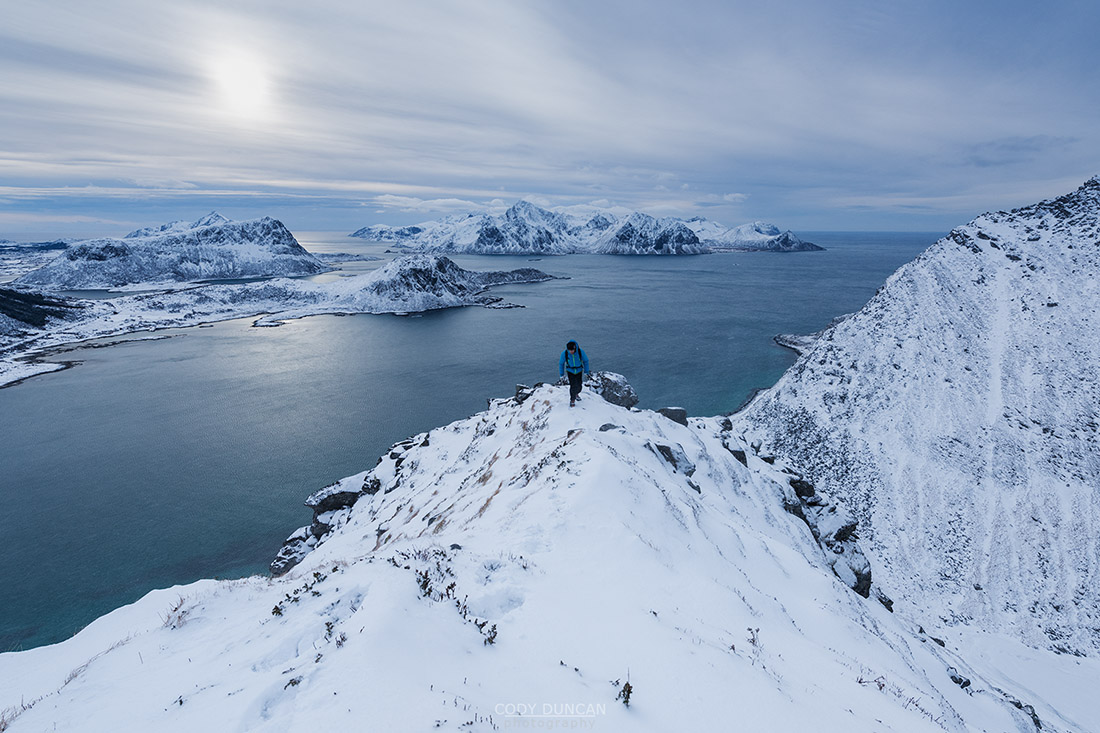 After a night of rain while camping at Bunes beach in February the following day arrived with clearing weather and cooling temperatures.

In winter, Bunes doesn’t allow water to flow very easily to the sea, which means that a large part of the beach become a shallow 2-6 centimeter deep lake. With the addition of a night of rain, even more of the beach became waterlogged. As long as temperatures are above freezing, this is fine, just some puddles to walk through. When the temperature drops however, nearly the entire beach become a giant sheet of ice!

It is a long walk from the camping area at the back of the beach to the shoreline.  Now imagine the whole distance being frozen.  There were some awkward moments of time as we utilized our best skating techniques to cross the beach. If we weren’t lazy, crampons would have been a much safer option for walking…