Hustind is one of Lofoten’s most photographed peak, but only as the backdrop to the iconic Skagsanden beach. The summit itself, despite the fantastic views over the surrounding landscape, avoids the crowds of many of the other nearby peaks. Though the hike takes you up a steep and narrow ridge, the summit is a flat, broad plateau with a near endless selection of views and compositions that can leave you wandering around for hours as the sun floats low on the horizon. The route does get steep at times and a couple slippery rock steps need to be negotiated, or navigated around. So yo need to be comfortable with exposure when heading up this mountain.

Hustind is located on the northeast of Flakstadøy, near the village of Napp.

Parking is available in two places. The first is the small parking area at the old ski lift, located up a small dirt road which turns off the E10 just to the west of Nappskaret, where the large work area is (don’t park there). The second parking area is at the lookout point on Nappskaret, along the E10.

From the first buildings of the ski center, walk through the gate (keep it closed) and up the dirt road towards the other buildings at the bottom of the lift. Hustind is the large mountain rising to your left, the obvious ridge, gradually rising from the E10 before gaining steepness as it nears the summit, is the route.

From the bottom of the ski lift, take the obvious path to the left (away from the ski center).

Leaving the ski center, this first section of the trail follows a worn trail through boggy and marshy ground as you approach the east side of the ridge. After about 500 meters you will begin to near the ridge. Don’t leave the trail too early, as there is some more boggy ground. As you near lake Mørkdalsvatnet, you can begin to make your way up the ridge, heading in a southernly direction. There are a multitude of faint trails leading the way up, some better than others. But don’t worry, it never gets too steep in the first section, so you can more of less pick your own path.

As you reach the ridge, you will begin to head back west. If you keep close to the ridge proper, you should soon pick up the obvious trail, if you haven’t done so already. The ridge continues to ascend slightly before leveling off, with the now steep ascent to the summit ahead of you.

You should be on the trail as you approach the steeper part of the ridge. The route generally stays near the ridge line, but does wander around large boulders and rock steps. The trail is generally of poor quality, little more than a sheep trail at times. There are some steep, slippery rocks to scramble over, though there is a way to traverse around the steepest one, but it is generally easier just to go up, and go around on the way down, as the faint path is easier to follow.

As you climb higher, the path begins to leave the ridge, though still staying fairly steep and slippery at times. Eventually you make one final ascent where you will meet with a sandy area at the summit ridge. From here you are on top of the mountain, but the true summit is just a short walk away – look for the obvious summit marker, in the direction of Vikten.

The summit is flat and broad, feeling more like a plateau than a mountain. Like most of Lofoten, it is mostly rocky or boggy in nature, but there are still numerous suitable places for a small tent.  No water available near the summit. And as always, the summit is open and exposed, so make sure to check the weather forecast before a night in the mountains. 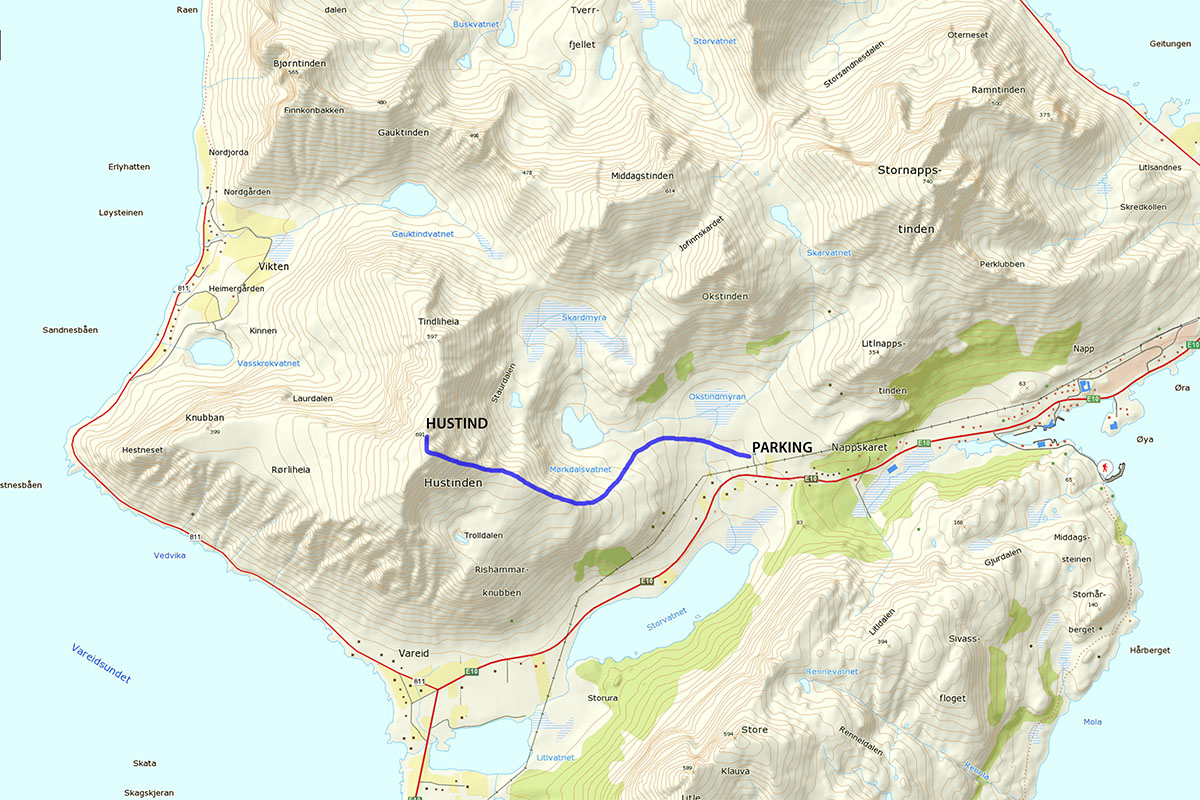 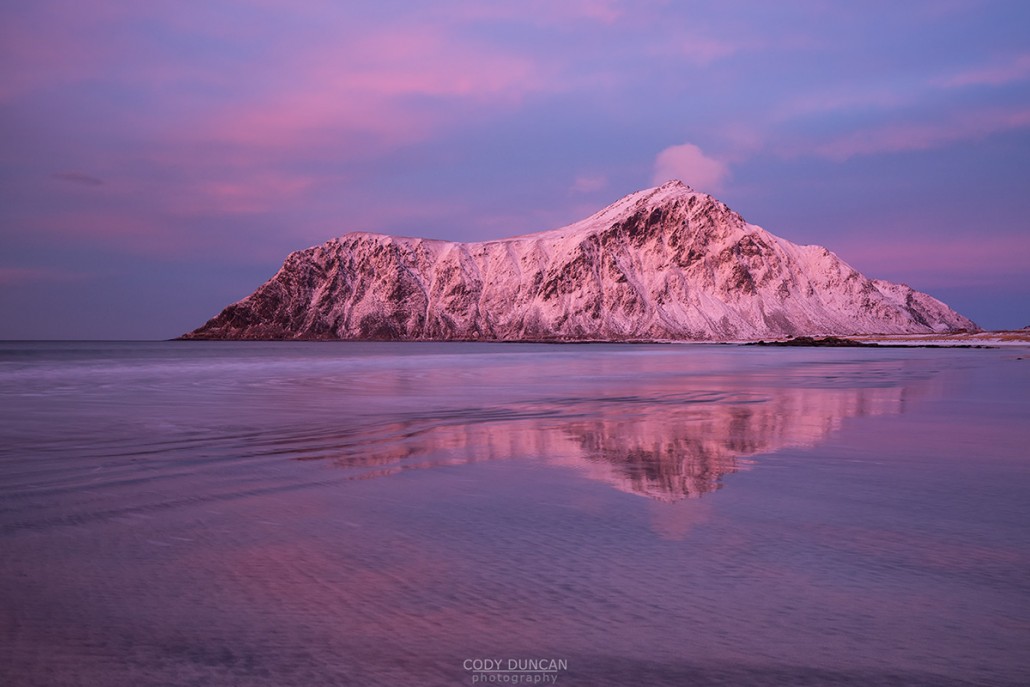 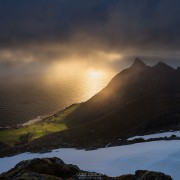 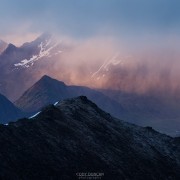 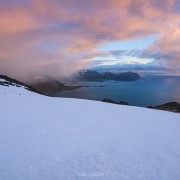