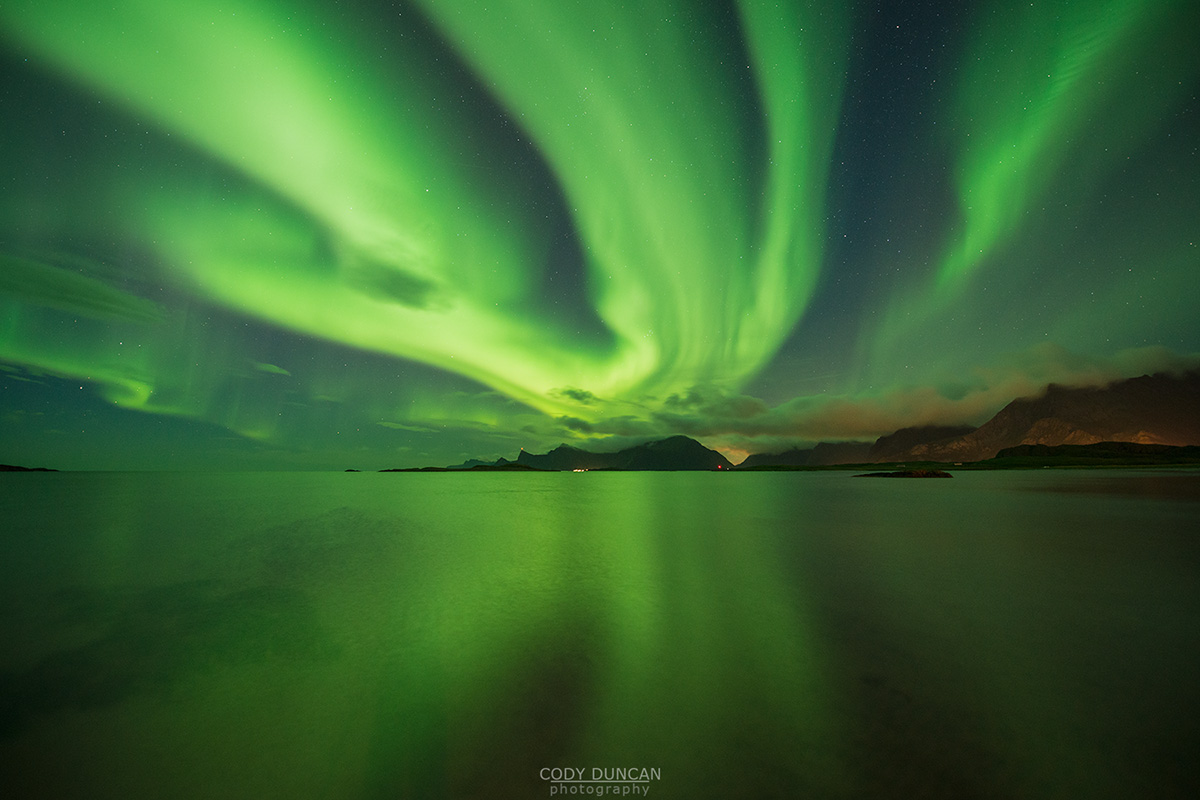 The forecast called for heavy clouds and a bit of rain, yet as the day faded into night, the sky remained clear. Busy with work, I peaked out the window just to see if anything was happening. Lights!

Hopping into my van, I knew my best shot was to head to Ytresand. Only 5 minutes from my house, it is not only a scenic beach, but also a relatively quiet place compared to the more popular Skagsanden beach – as I was aware of several photo tours on the islands at the moment.

As I arrived and ran down to the water the sky was filled with light. I first set up a time lapse sequence to shoot with my little Fuji, then wandered elsewhere to shoot with my D800. It was high tide, so I couldn’t get the clear reflections I was hoping for the the flat, sand beach. But the aurora was so strong that even the incoming tide took a nice green tone.

It is for nights like this that I moved to Lofoten. Hopefully there are many more in the coming months… 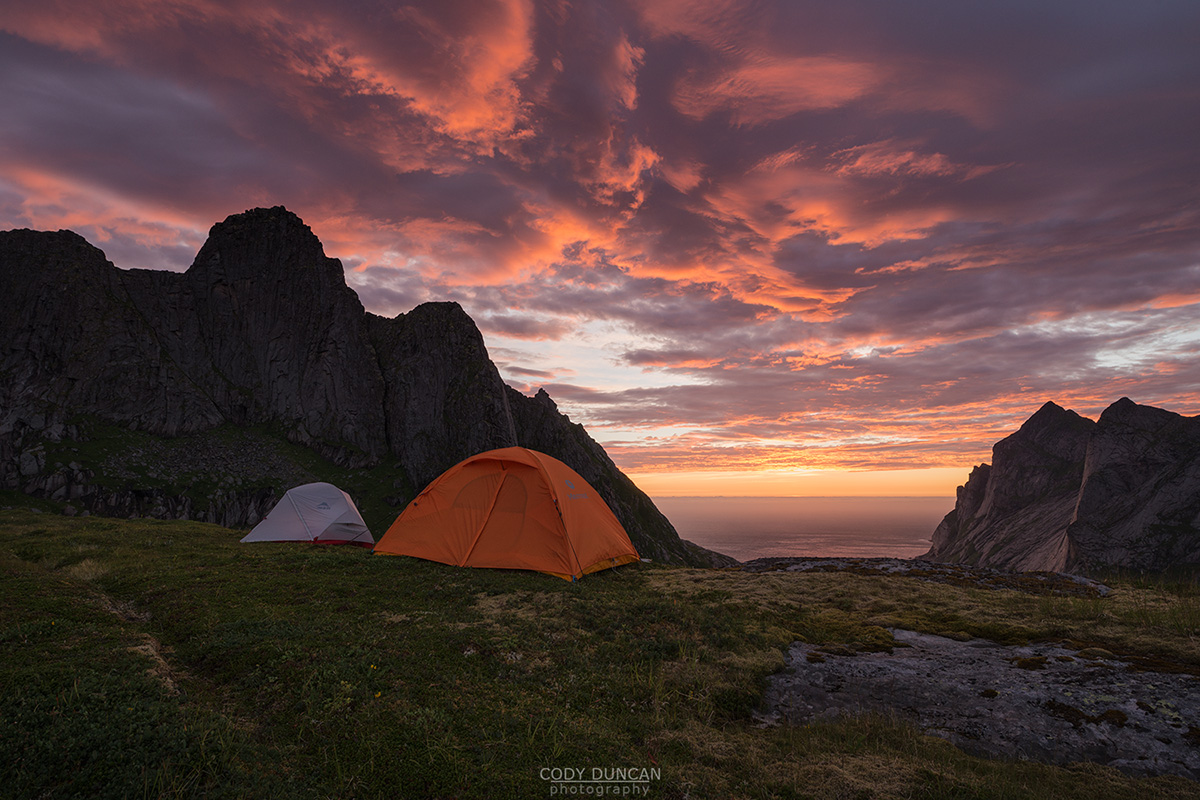 I think the color on this evening will take some time for me to beat! I’ve already posted an image from the same location for Friday Photo 188, but that was taken from my tent, and almost an hour before this image. One of those Lofoten sunsets where the light just keeps on getting better and better as the hours pass; my tired body from a long day in the mountains struggling with my mind which wants to keep shooting. Luckily the photographer in me won on this evening!

The previous evening, while hiking into our mountain camp I had seen the promise of what the light could be from this location. However, having not reached Vindstad until 22:00 on the Friday evening ferry, and a little bit of wandering around trying to find which way to go, meant I missed most compositions before the light had gone, and it wasn’t nearly as colorful as this anyhow. But wanting to hike a bit out of the mountains from our high camp, this location seemed like a good spot.

And it was! From late afternoon till midnight, I hardly had time to put down the camera as the light was constantly changing and there were a million scenes to shoot all within a few minutes of my tent. My total photo count for the day was 1,888 images, which for me is a 4-5 times what I would normally shoot, even on a day that I consider good!

I think I will try and get back here in winter, and see what this location has to offer then. 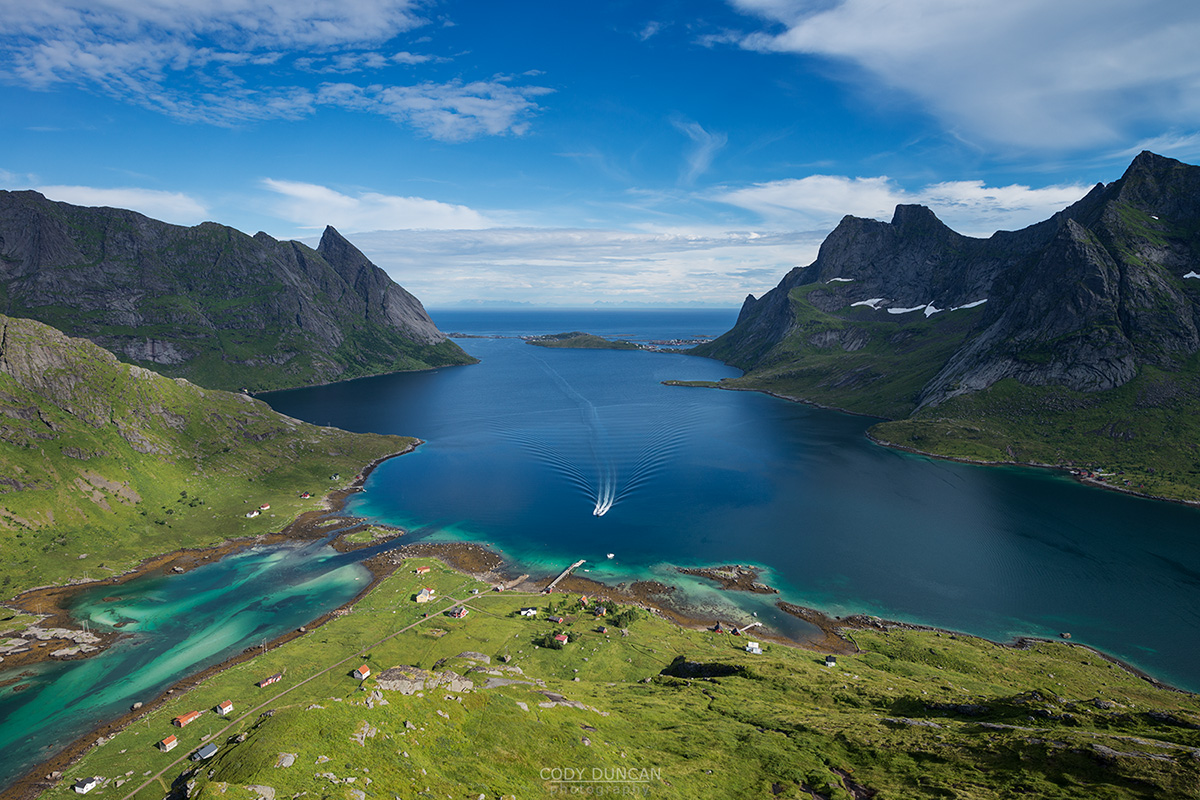 It is now mid September and the long days of summer are already feeling like a distant memory. The green fields and leaves of summer are now taking on the golden tones of autumn and the nights feel like they are becoming oppressively long. Where has the midnight sun gone? Next year I guess.

This image is from an evening camping above Vindstand on the second night of a mountain adventure to one of Lofoten’s rarely visited valleys. The forecast called for rain overnight and in the morning, so we though it best to head a little further out of the mountains to not have such a wet walk in the morning. Turns out the forecast lied, but I won’t complain this time!

I didn’t plan to photograph the ferry, but as I saw it coming across Reinefjord on its second run of the afternoon – the summer crowds at Bunes beach fill the boats beyond capacity, I thought it would possibly make a good photo for the next edition of my Summer ebook. Lucky for me, the sun was also cooperating, with a nice light shining on the foreground, and I actually like that the background mountains are in shadow. Summer on Lofoten… 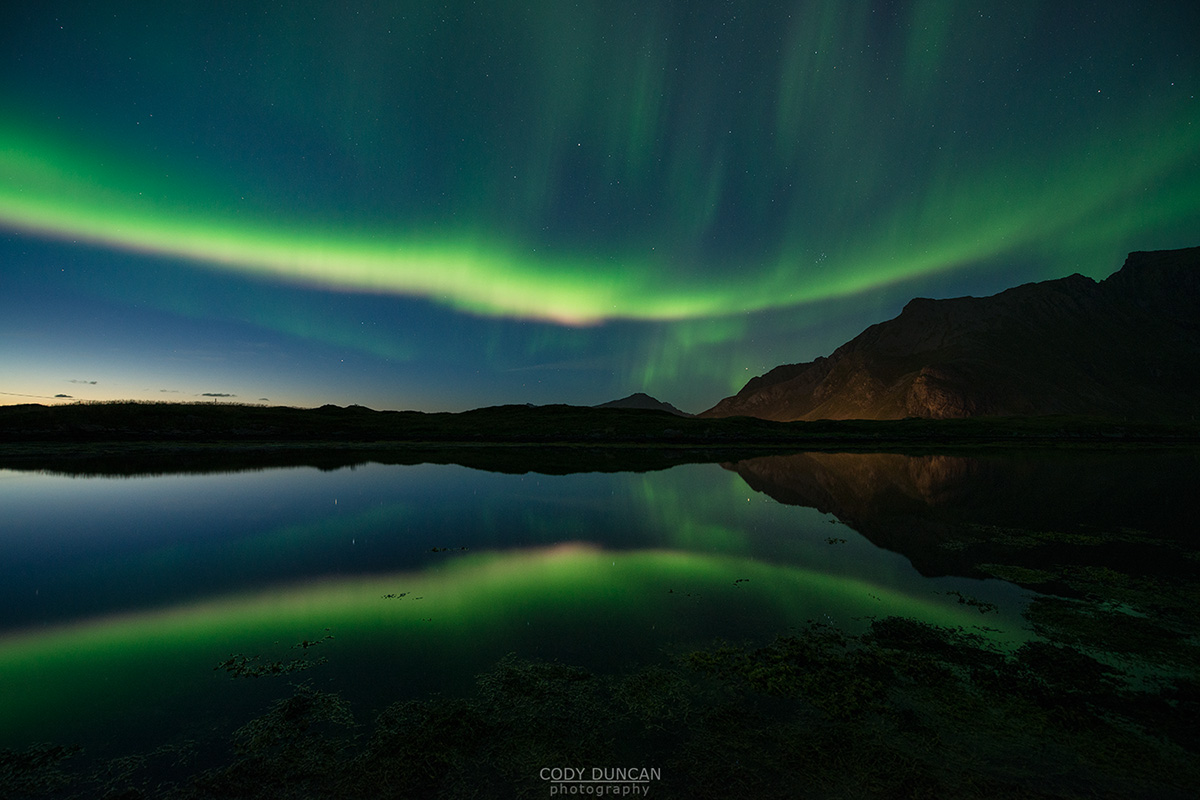 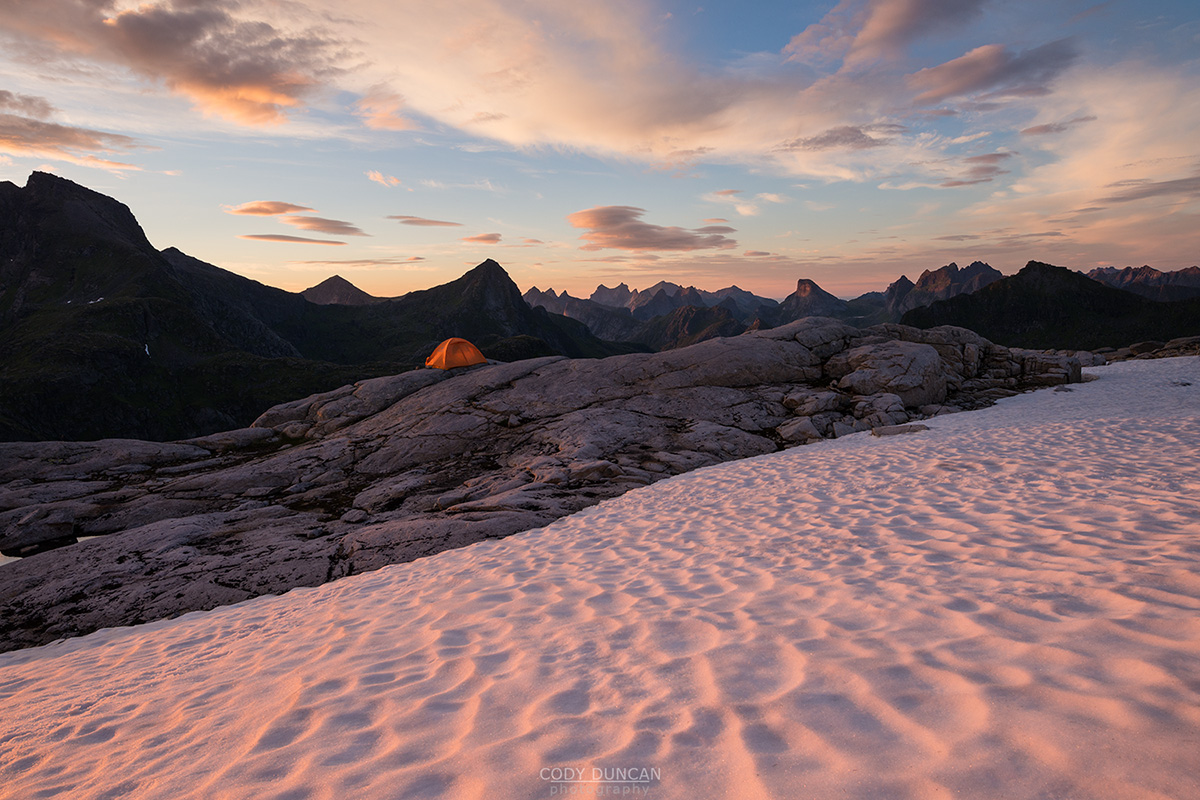