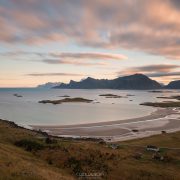 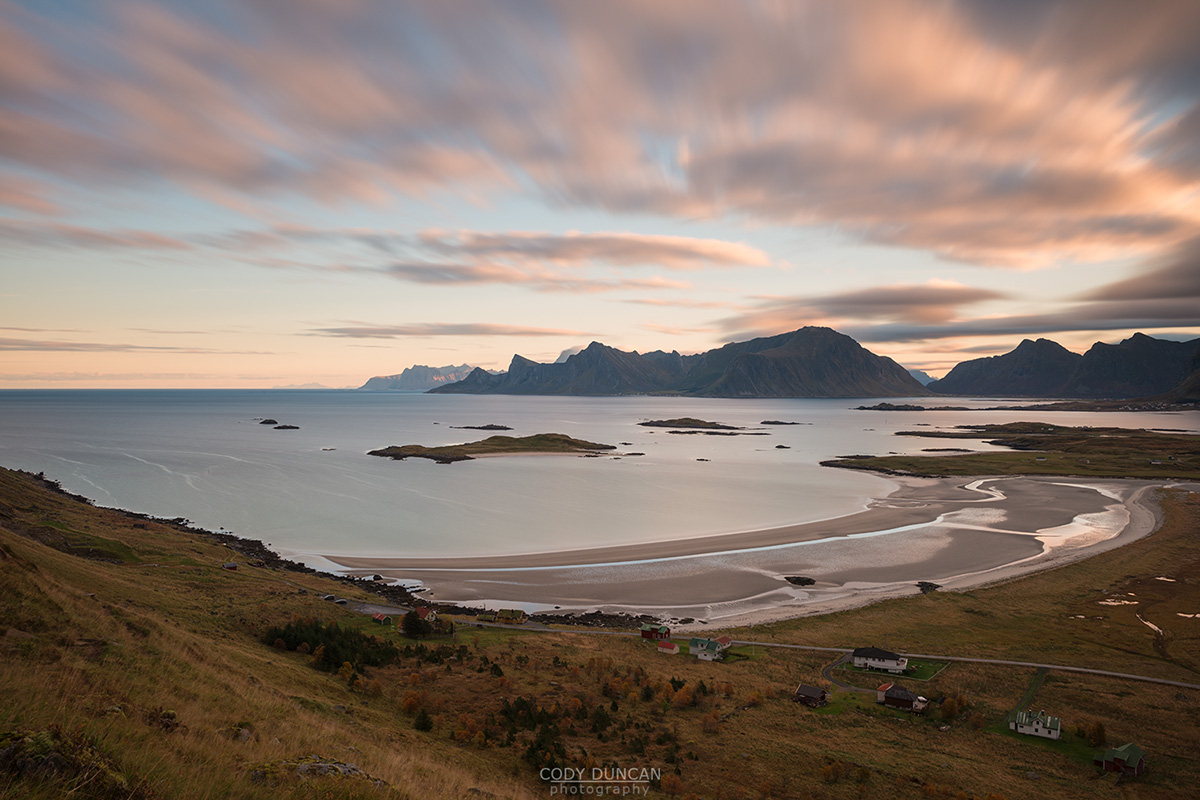 I had originally planned to camp on the summit of Fuglhuken, yet a late start to the day meant I would not reach the summit before sunset. The weather was cloudier than forecasted, and my main hopes were for a repeat of the northern lights, which had been fantastic on the previous night – when I was a bit lazy after a day of climbing, so stayed low on the beaches.

I thought about just heading back to the car, but since I had already carried my gear up to Ytresandhei, I decided just to stay the night up on the ridge near Røren, just in case anything happened.

At 18:40, I saw the first flicker of aurora in the sky. However, the combination of high clouds and full moon were too strong. Crawling into my sleeping bag to escape the cold, I remained optimistic for the sky to clear, and kept checking until late into the night. Sometime early in the morning a faint aurora glowed overhead, but it wasn’t strong enough, nor was I, for me to enter into the cold.

Dawn brought some nice colors, but the composition was off for my location on the ridge. So when it became evident I wouldn’t shoot much, I packed camp and began the short walk back to the van. It wasn’t until I was almost back at the parking area that I thought this scene looked interesting enough to pull out my camera. The clouds were moving just enough for me use a 10 stop ND filter and and an exposure of 90 seconds to bring a little softness back into the sky to match the feeling of the light.