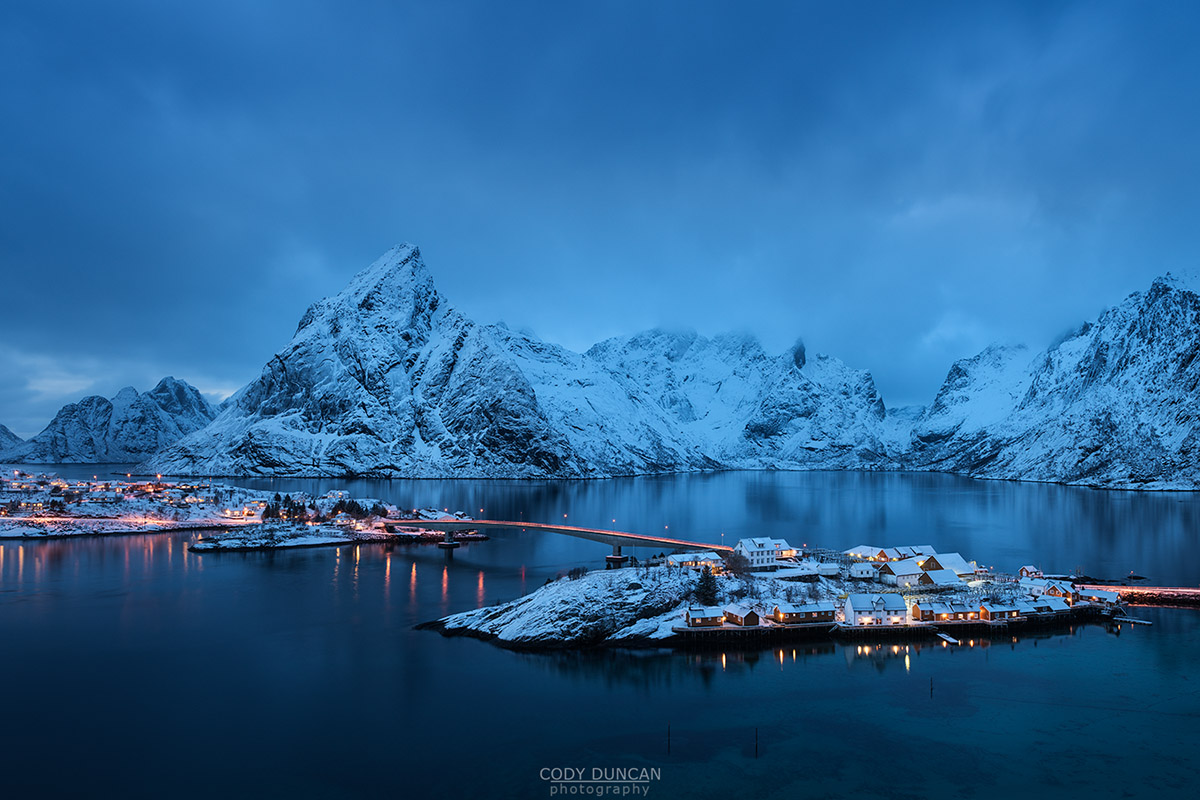 I couldn’t really decide for a photo for today’s post. However, with near storm force winds hitting the islands today, maybe I will talk a little about visiting the islands in winter. And more specifically, driving.

With the New York Times listing Lofoten as one of the top travel destination of 2017, it is going to be a busy year here on the islands. Already I have seen the rental cars begin the fill the previously quiet, near empty E10 which has existed over the last few months. The draw of winter here in the north is a powerful one – one of the reasons I myself decided to call this place home after traveling here for so long.

With the increase in traffic, I have recently seen some very poor driving practices from inexperienced winter drivers over the last days. Driving here in winter is scary, especially with sideways blowing snow at night (which is currently 15:30) and gale force winds. Driving 40 mph along the E10 is fine, and probably safe. But please, when choosing a place to allow others to overtake, do not pull over immediately before a blind turn, as has happened several times in the last days to me. I do not want to get killed trying to pass you! Find a straight section of road, and slow down there. The locals are not going to run you off the road if you do not immediately pull over when they arrived behind you – this is the countryside, we are used to tractors, sheep, and all kinds of other slow moving stuff on the roads…

Also, it is generally not allowed to park along the E10. It is a highway, despite the fact that the speed limit is slow in Norway and it might feel more like a country road. Unfortunately though, with snow covering many of the pullouts, unless you know where they are from experience, this means you might have to drive by that epic shot, or at least find a safe parking place and walk back. If you would not park along the highway at home, do not do it here either, just because its more scenic.

Drive extra carefully when the temperatures warm up/cool down. Lofoten is not as cold as it looks and the temperatures rise and fall continuously throughout the winter. The scariest time to drive is when it begins to rain after a cold period, turning the roads into a wet and slippery mess. Even pulling down into parking areas such as Skagsanden can cause trouble in these conditions. So be careful. And in the opposite effect, warm rain which freezes overnight will also turn the roads into chaos. The road crews do their best to prepare and maintain the roads for such conditions, but it can take time.

At the end of the day, Lofoten is here for you to enjoy! So do your best to do so. But please also be aware that the islands are not a giant amusement park. Winter tourism is a relatively new thing for the islands, and it might take some time for things to adjust, as this was traditionally a time locals have enjoyed quiet and solitude outside of the busy summer season. But times are changing and everyone should be able to get along…
Nikon D810
Nikon 24-70mm f/2.8
24mm
ISO 64
f 10
20 seconds
WB Daylight