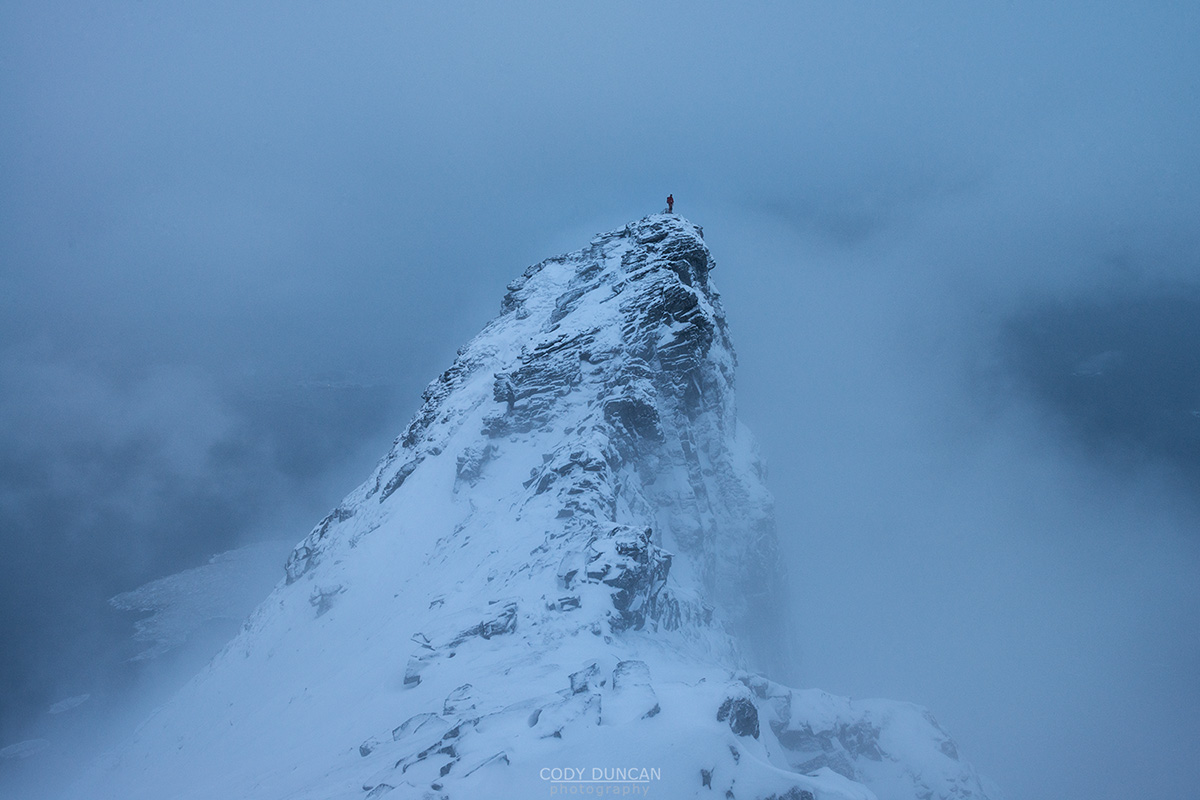 It is getting to be that time of year in which I’m receiving an increased amount of emails asking if it’s possible to hike such and such mountain on so and so day, what the weather will be, and what gear is needed.

I will reiterate some things here, but if you are thinking about coming here in winter for some hiking, then you should first read my article:

When I get an email about hiking some mountain – and unfortunately, Reinebringein is the most commonly referenced one – I always struggle with what to reply. Should I be blunt, and simply say it’s impossible? Should I give some advice about gear? But if you don’t know what gear to use, then you probably don’t have the proper experience for hiking here in winter. Do I remind people that there is little to no daylight in January? Or do I just say: Sure, everything is possible. Which it is – given the correct experience.

From an email, I don’t know anything about you. Have you hiked before? Have you seen snow before? Do you know how to judge avalanche risk? Can you navigate in a whiteout? Are you going to go hiking in a full storm because you only have 2 days on Lofoten and need that photo for Instagram? And a million other things…

So it is more or less an impossible question to answer: If _you_ can hike something.

There are some relatively easy mountains during winter on Lofoten. The locals are out all year round and the same with myself. However, as a whole, Lofoten in winter is not for the inexperienced and the mountains here need to be respected. 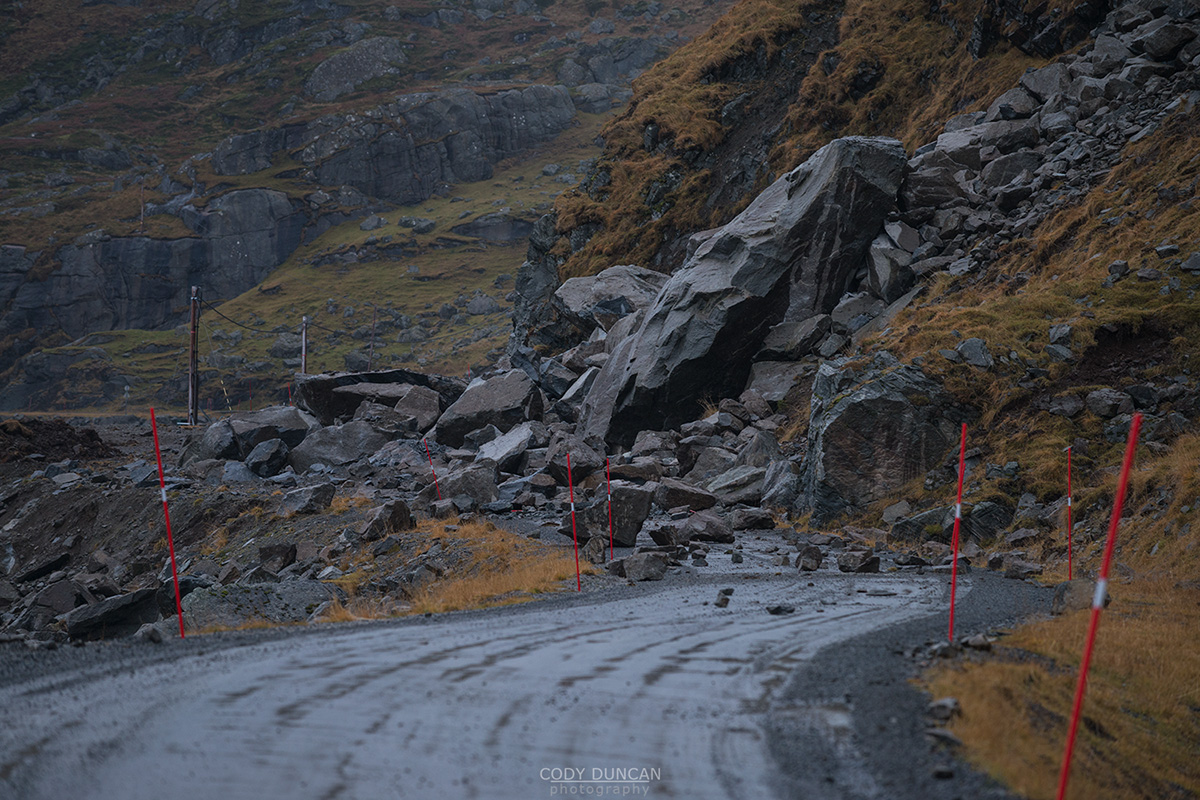 Thursday evening sometime between 20:00 and 22:00 nature send a reminder of who is in charge. A friend and come over for a short visit to checkup on a project we are working on, leaving after a couple hours. But soon I heard a knock on my door and she had come back, saying there were some rocks in the road. There had been a large rock in the road earlier in the day, but it had been cleared, so maybe she though it was just the darkness that made it look like more. So we hopped in my van to check things out.

Approaching the scene in the darkness, my headlamps lit up the first initially small boulders – which hadn’t been there when I passed by in the late afternoon, before illuminating large blocks in the distance, completely covering the road. Hmm, no one is getting by that this night…

In the morning I returned to checkout the scene again. It was indeed the largest rockslide I’ve seen since moving here. As information spread, I was interviewed by the news agency NRK, and we began to find out that my little village, of merely a dozen residents, would be cut off for a while – The original estimate of a Saturday opening being extended to Monday.

And so I sit at home, with unexpected guests and glad I generally keep enough food on the shelves for just this type of situation. Saturday I will miss an event I was hoping to attend, but that is life up here…

As a bit of a side note. Despite the fact that there are clearly posted ‘no stopping’ (not just the ‘no parking’) and rockfall signs for this section of the road, many people car/van/motorhome camp along there all summer long. If it is not too late in the evening and I see people out and about, I will often stop and give them a bit of a warning that they might not be in the best place. On any given night it is not likely that something will happen, and it makes me feel like an asshole, possibly interrupting some romantic moment or ruining their perfect camping spot with the midnight sun shining in the north. But I drive this road on an almost daily basis and see what falls from above. It would be nice if people listened the signs, but they don’t. So I’ll probably have to be an asshole next summer as well, telling people that they should move along…

And in fact, along with some friends, I remember telling a van to move which was parked in this exact spot of the avalanche sometime in July. The amount of fresh small rockfall and debris present there should have already indicated that it was a poor camping location. Had they been there this Thursday evening, they would now be buried under tons of rubble. 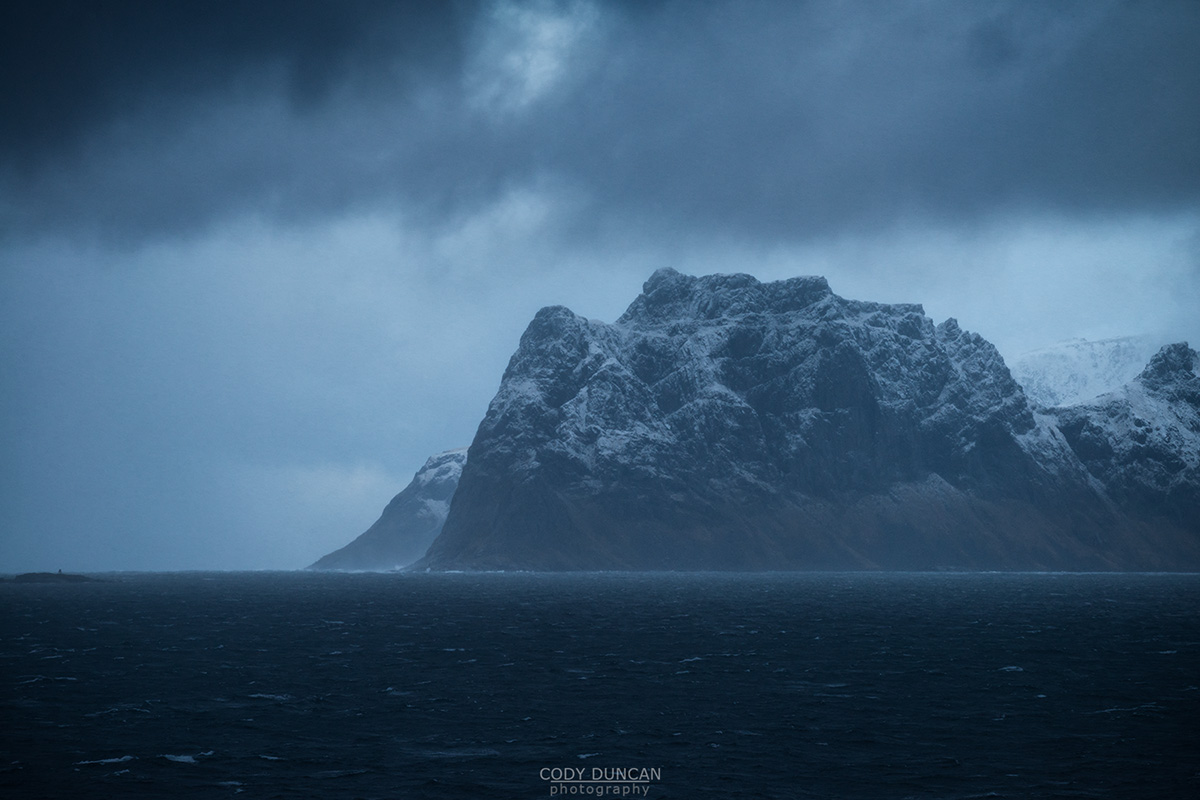 It is hard to say exactly – when autumn ends and winter begins. Every year is slightly different, but usually sometime in the end of October or early november as the days grow darker that the weather becomes darker as well. This year autumn seems to have held on as long as possible. Yet, there is no escaping the arrival of winter here.

The weather of the weeks has now made that turn. Winter is here. I’m not as eager to go outside anymore – I actually haven’t done any hiking in several weeks – good I joined the Gym! Any thoughts of long nights alone in my tent are easily chased from my mind.

Winter does not have a single look, it is more of a mood and a feeling. Dark days and stormy nights. Wind and snow blowing sideways across your face. Running from the parking lot into the supermarket. And sleep, lots of sleep.

It likely wont be until after the new year that there is enough snow for me to pull out my skis. And even then, it is a fine balance between snow or rain.

Just a final reminder that the BANFF Mountain Film festival is just a few days away.

Come join the fun and help support outdoor initiatives on Lofoten. Beyond the films themselves, we also have some fantastic prizes to give away, including a weekend surfing package for two (including accommodation) from Unstad Arctic Surf.

Maybe I’ll see you there… 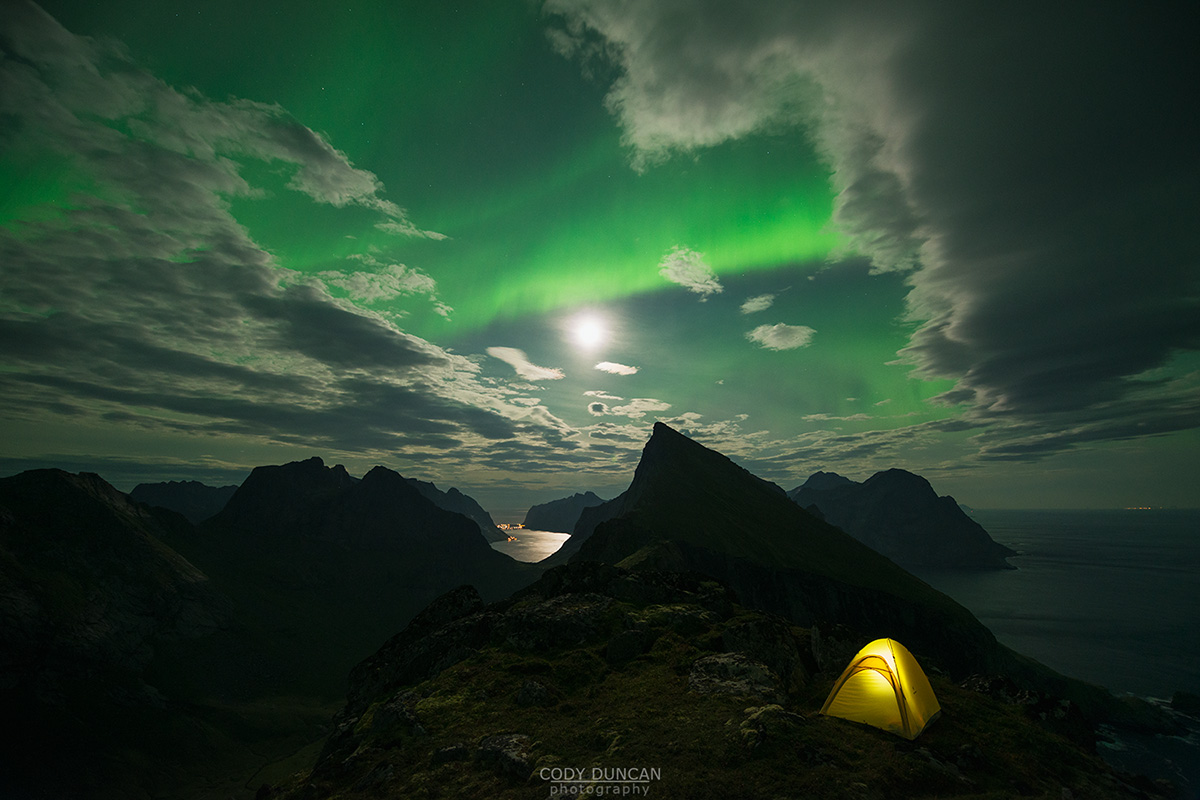 …Continuing on from last weeks Friday Photo #251. This is now a bit later in the evening. I had begun to crawl back into my tent when the aurora began to fade. Luckily I wasn’t in a hurry, because that was the moment the lights really began to get active.

Unfortunately though, clouds had also come to take over a large part of the sky, inhibiting many of my potential compositions. Needing something in the foreground, my tent was the only real thing I had available. Though it was also on this night I realised I should bring 2 headlamps – 1 for the tent, and 1 for me so I don’t walk off a cliff in the dark!

I shot numerous different compositions, however, I think I like this one, with the bright moon, the best.