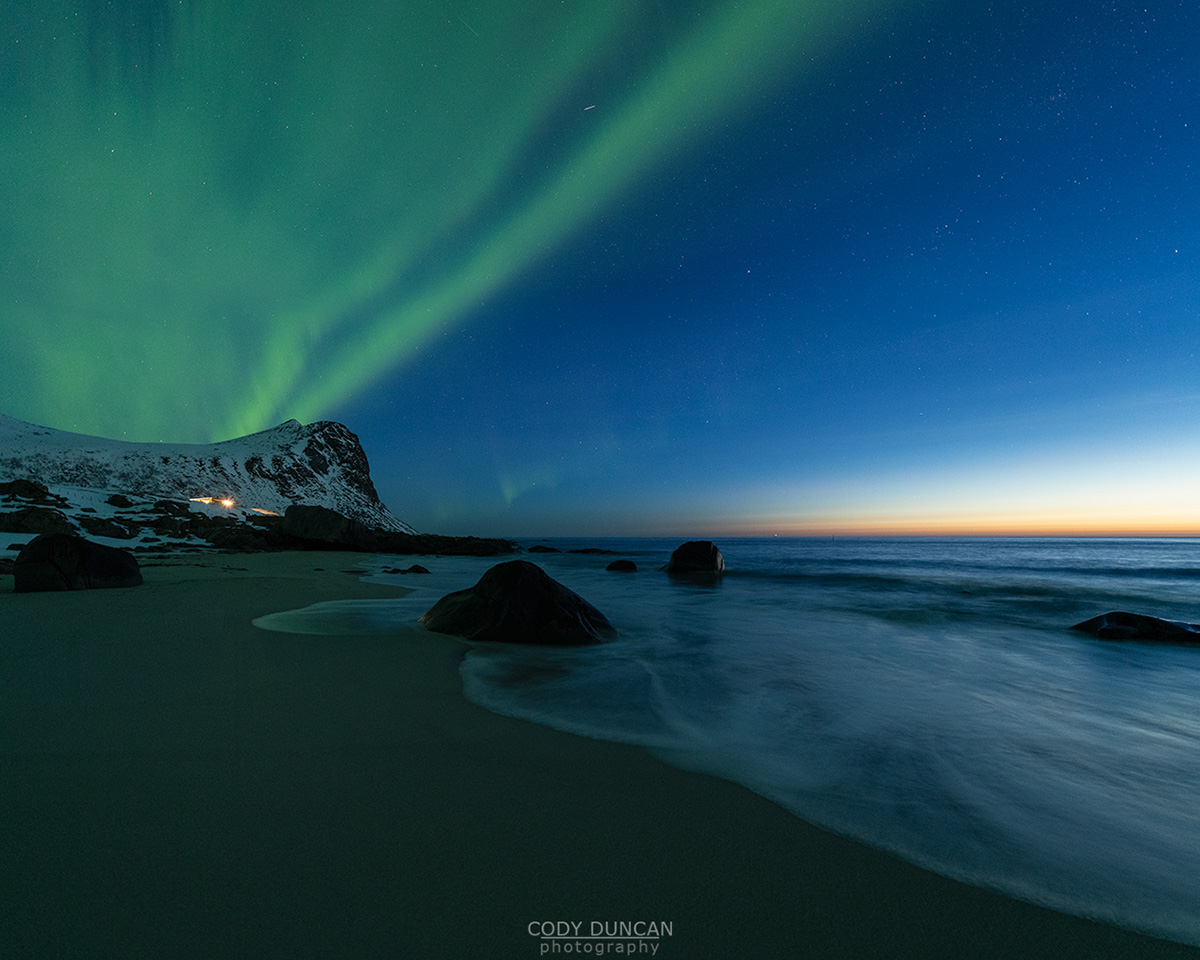 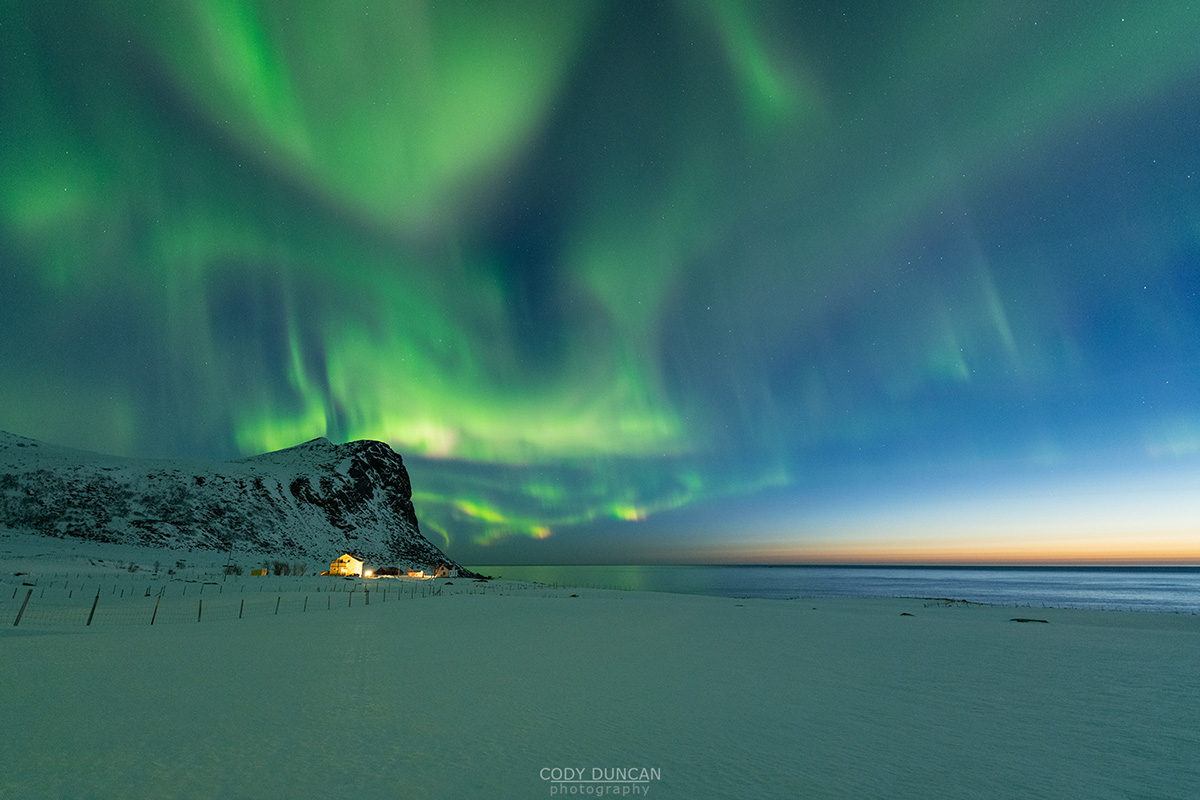 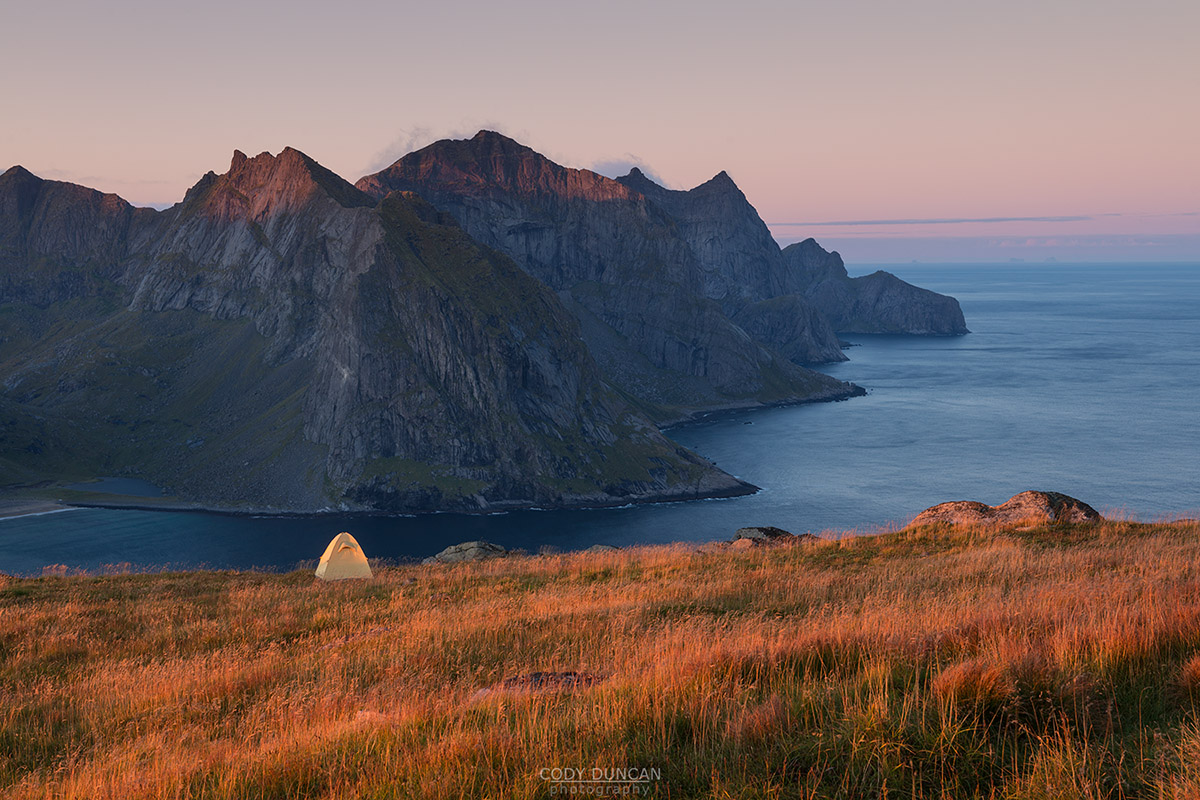 In honor of yesterday’s release of the 2nd edition of my West Lofoten Hikes ebook, I thought I’d post a photo from one of the new hikes I added to the ebook: Fuglhuken – a 557 meter peak on the northeast corner of Moskenesøy.

As September of 2017 had such fantastic weather, I would often head out for just an evening in the mountains. On this particular trip, the forecast called for clear skies by early afternoon, but as I was heading up the trail, heavy clouds were still hanging over the yttersia of Moskenesøy. Eventually in the evening, the sky finally cleared and I had a pretty good show of northern lights to watch.

Dawn arrived clear and cold, with the first signs of that autumn crispness in the air. In my haste the previous day, I had forgotten my thermal long underwear, and as I was still desperately holding on to the last days with my summer sleeping bag, it was a chilly night! The warmth of that morning sunlight was quite welcomed.

Soon however, the light lost it’s warmth and became somewhat dull and flat. So I packed up camp and headed down the mountain, getting back home for breakfast. 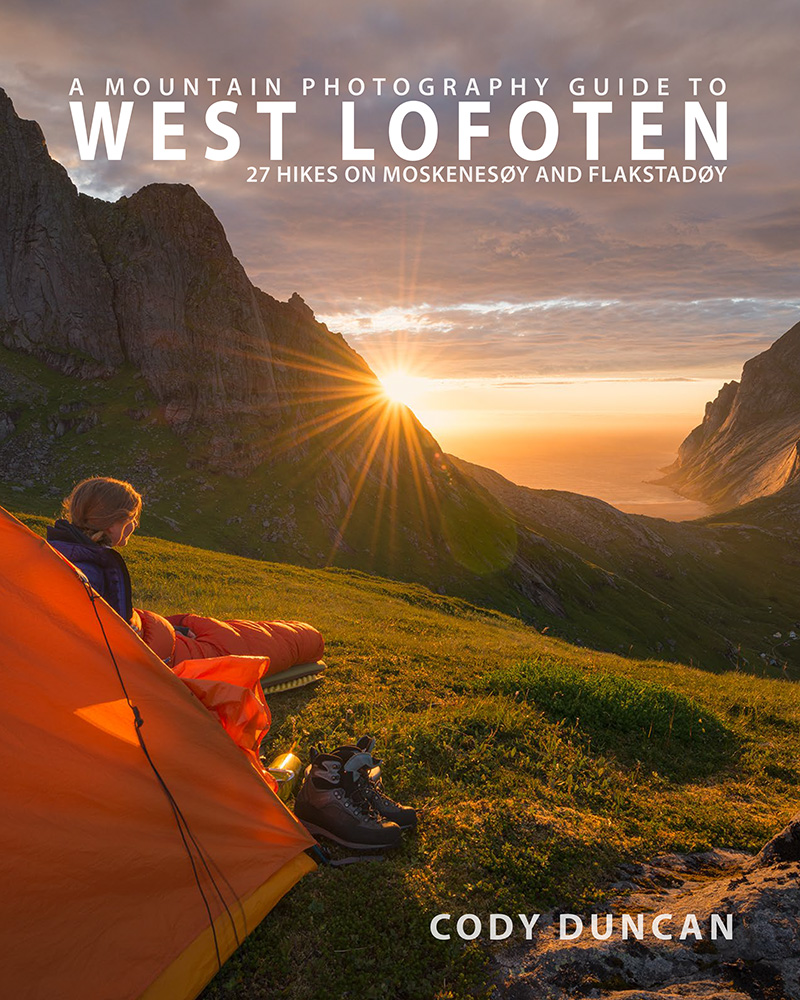 With summer just around the corner, I’ve made a small update to my ebook: West Lofoten Hikes

Main new content is 3 new mountain routes: Andstabben, Tindstind, and Fuglhuken – all located on Moskenesøy. And then a few minor grammer corrections and other things to try and keep the guide as fresh as possible.

Anyone who has purchased the previous version will get an email for a free download of the new edition.

If you haven’t bought the book yet, then CLICK HERE 🙂