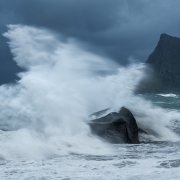 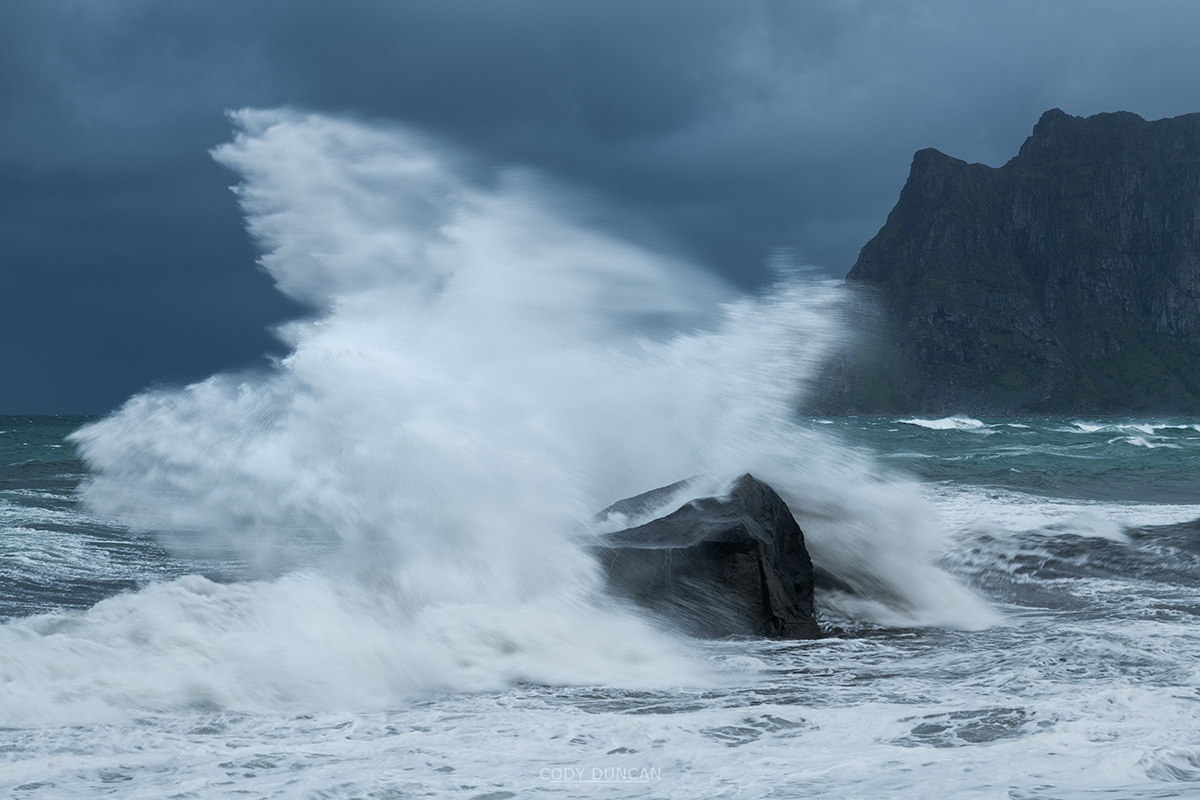 To say this autumn has been stormy on Lofoten would be an understatement! For over a month now, there has hardly been a day without rain, and gale force winds seem to be sweeping across the islands on a weekly basis. I’ve been guiding workshops almost non-stop for the last 4 weeks, and there has only been 1 day where I wasn’t wearing rain pants – something I generally don’t like to wear!

But this bad weather has meant that the islands have been anything but boring! Last year, the weather was a bit too good, which is nice for camping, and northern lights, but otherwise, blue sky is not too interesting for photography. This year, the autumn storms have brought endless drama to the islands: Waves are crashing, the sky is filled with rainbows, early snow on the peaks (mostly gone now since it became a bit warmer), and an endless variety of light. At times it has been almost impossible to stand, and keeping the lens free from rain and sea spray is a constant fight.

This image is from a stormy day at Uttakleiv on my first workshop in mid September. Usually I hate this rock, as I often find it distracting compositionally to many scenes here, as it always seems to end up somewhere in the frame or in front of the mountains. On this day, however, I’m glad the rock was there! I had been shooting some other stuff with my group, but I was struggling to convey just how stormy it was with what I was shooting. But seeing a constant flow of waves crashing over the rock, I decided that might be the image I was looking for.

Of course, as soon as you change lenses and set everything up, the huge waves that were crashing just a few minutes ago seem to die out. So I spent a bit of time waiting for the right wave to arrive, then quickly fire off a series of images, hoping to capture a nice moment. There is almost no predicting the sea, so it is shoot, shoot, shoot, then delete, delete, delete once you’re home and looking at all the rejects and. But hopefully, out of the 50-100… images, there is something nice. This wasn’t the biggest wave of the day, but I like the shape and form of the splash and think it shows what the day was like out there.