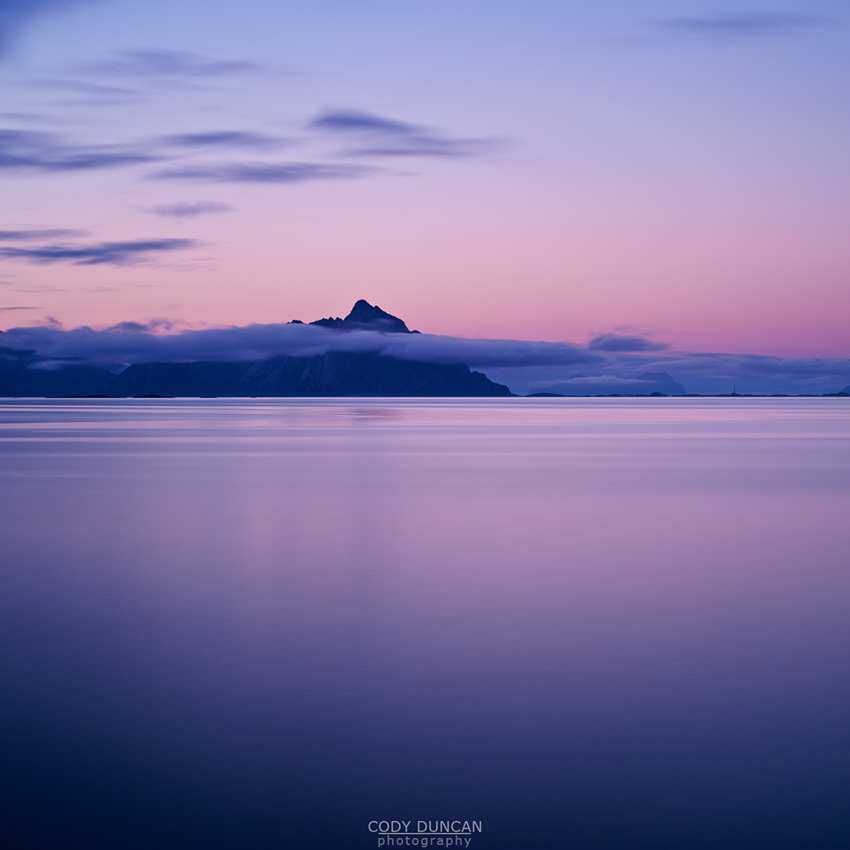 A true night never comes to the Lofoten Islands in the weeks following the end of the midnight sun season.  Instead, the sun remains just below the northern horizon and the islands glow in a magical twilight around the midnight hours (actually, 01:00 am is when the sun is at its lowest – Daylight Savings Time).  Day after day, the twilight increases until late August when the sun finally loses its hold on the North.

The ‘Arctic Twilight’ of Lofoten is perhaps more famous and recognised in the Spring due to the popularity of Terje Sorgjerd’s amazing timelapse, ‘The Arctic Light.’  While Spring is merely a reverse of late Summer, increasing days as opposed to shortening, I find I prefer the Summer twilight for several reasons.  First, The islands are at their fullest in late Summer.  The hillsides are green and grasses grow tall while wild meadows are filled with wildflowers.  In Spring, the islands are yet to wake from their Winter’s sleep.  Trees will be leafless and the hillside remain mostly brown and ‘tired.’  The benefit of the Spring twilight is that the weather is more active as winter storms still sweep across the islands.  For me, it just a personal preference for late Summer due to the type of images I like to take and other activities such as hiking and camping where I’d rather have warmer temperatures and more settled weather.

The hostel at Stamsund has long been my favourite accommodation on the Lofoten Islands.  And it is from the hills and shoreline behind the hostel that I have taken countless images over the years.  From Northern Lights and Winter snows to moments like above, a nearly perfectly calm summer evening, I have never witnessed the same scene twice.  I often find myself wandering around the coastline late into the night, when the best light exists.