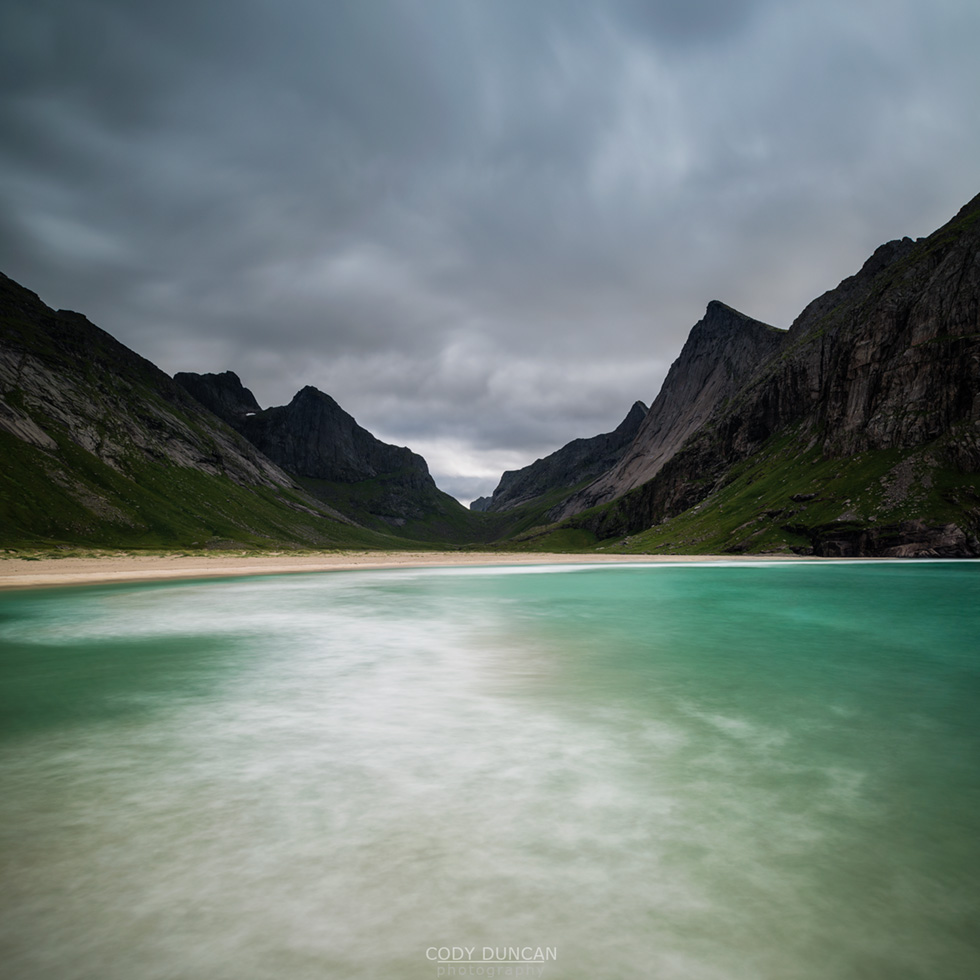 I arrived on Lofoten early the previous morning and immediately caught the ferry to Kierkefjord to make the hike to Horseid beach.  Exhausted, I fell asleep in the early afternoon to the sound of a gently rain falling on my tent.  15 hours later I finally emerged.  The sky was still gray, but at least the clouds had risen and the rain was now only arriving in passing showers several times per hour.  As time passed the northwestern sky began to clear and moving beams of light would shine across the beach.

With the right tide (high), the small peninsula of land at the far end of Horseid beach provides an almost perfect view directly back towards the pass; the mountains in almost perfect symmetry.  Now it was my task to wait around for a bit of light.  When the sun happened to pass across the beach, the water was a brilliant turquoise. I knew I wanted to highlight this aspect of the scene, while not minding so much about the lighting on the background, or actually preferring it to remain dark and dramatic.

With the quickly moving light, I first shot with ‘normal’ exposures, but wasn’t getting the mood I was looking for out of the scene.  So I added my 10 stop B+W neutral density filter and then waited for the next found of light.  Shooting with 30 second exposures, it took a while for the elements to align themselves: a pleasing blur in the water with the correct timing of the waves and a long enough moment of sunlight across the beach to bring out the exposure and add some contrast against the mountains in the distance.  And even though the wind was fairly soft by this time, the 30 second exposure helps soften up the clouds a little, giving a bit more separate between them and the mountains.

For reference, I’ve included the following ‘outtake’ photo of the scene exposed at 1/250 sec.  While you can tell it would be something pleasant to sit there and look at in person (albeit a bit on the chilly side), visually, there is nowhere near the impact of the above photo. 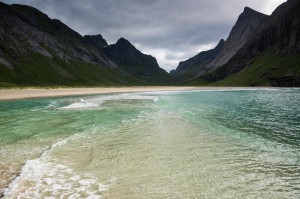