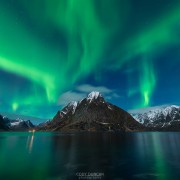 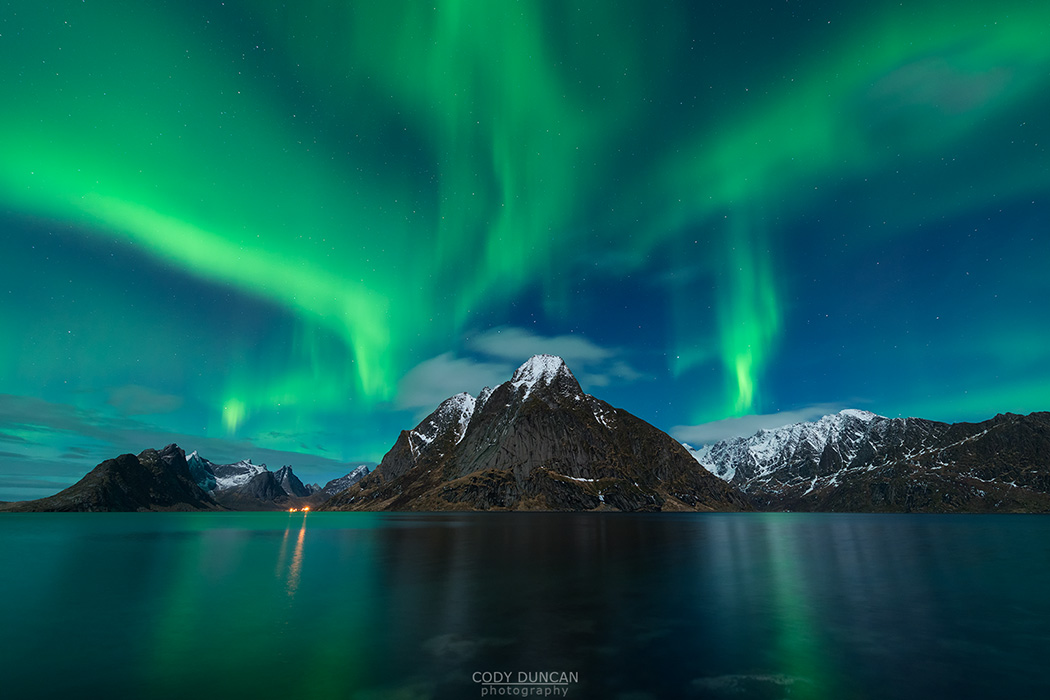 For anyone who as seen the Northern Lights, I don’t think I need to explain why I have a growing fascination with them.  It is almost like a drug, the more I see, the more I want.  In my earlier winter travels to Lofoten, I thought of them as an added bonus to the already spectacular landscape that I was there to photograph.  Now I think of the lights as a key part of any photography tour of the islands, and I begin to grow impatient after too many cloudy nights.

But always in my mind are a few scenes that I desire to photograph in a particular way.  Northern Lights and Olstind is one of those images.  I have been close to my envisioned image a few times, including this photo, but I don’t think I’ve quite made it yet.

I often think about what it would be like to live in Reine, or anywhere on Lofoten for that matter, and have 180 nights per year to attempt to fulfil my minds images.  Must be magical.  Even if only for a year.  Maybe some day if I’m lucky.