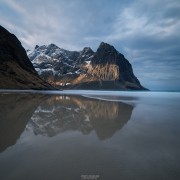 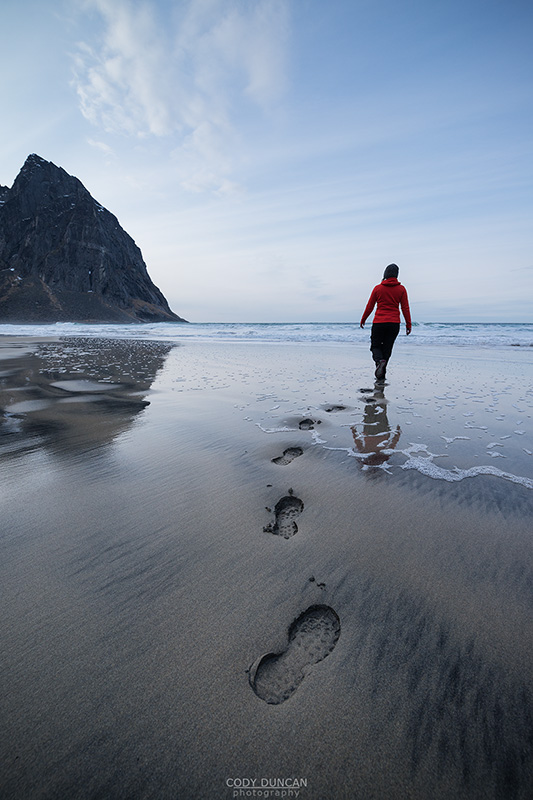 It is a scenic bus journey from Narvik to Lofoten.  I keep telling myself that I need to spend more time exploring Vesterålen and Ofoten, yet when the opportunity seems to present itself, I remain in the west of Lofoten.  Maybe next time I say to myself.  Maybe if I’m ever allowed to move to Norway, then I would have more time to travel further afield and begin new projects.  But for now, Lofoten remains my focus.

Though somewhat deflated from my failed winter attempt at the Kungsleden trail in Sweden, I now had more time on Lofoten than I was expecting.  Or I should say, despite the fact that I’m born in February, I seem to consistently forget the fact that the month only has 28 days!  Before departing for Sweden, I had made a reservation for my car rental on March 1st, which once I actually looked at a calendar, would have cut my time on the Kungsleden trail a day or two shorter than I was wanting.  But as it turned out, I didn’t need those extra days anyhow and was returning to the islands a few days ahead of schedule.

On a misty Wednesday afternoon we hopped off the bus in Stamsund and headed to the Hostel and back through the door that I had departed only 10 days before.  I called the Car rental guys to see if I could get a car a few days earlier, needing something big to sleep in from time to time.  Luckily they said they’d have something available for me the following morning.  Perfect.  I was back on Lofoten and back in the continued pursuit of Photos.

The snow was just as absent as when I had left, though Roar informed me that one storm had passed, but was quickly melted away.  In fact, he was happy of the fact that in the winter so far, he had yet to need the tractor to clear the driveway of snow.  For locals, dry years make life easier.  For the photographer in search of winter on the islands, you need to plan to return again in the next year.

The following couple days were grey and uneventful.  However, checking the forecast Friday evening, it looked like the weekend would clear up a bit.  Not having had my fill of camping, we decided to head to Kvalvika beach on Saturday.

My previous visit to Kvalvika was a painful one, as I sprained my ankle hiking down from a sunset trip of Ryten and then had to hobble my way back out the following morning and spent the rest of my days sitting in the hostel.  So this time, I hit the trail with extra caution as it may have been snow free, but there were still significant portions of ice to negotiate.  Luckily the worst of the ice was on the fjord side of the trail, versus the steeper and slippery beach side of the mountain pass and was actually much easier hiking than I was expecting.  We arrived to an empty beach and picked out a nice place to put the tent for the night before beginning the process of scouring the beach to collect enough driftwood for a couple hours of campfire; much needed warmth on the first of March.

The weather didn’t clear as much as I was hoping, with a layer of cloud hanging over most the sky and casting a flat light over the beach.  I spent most my time wandering around the rocks and doing my best to avoid getting my feet too wet.  Sometime in the afternoon we were joined by another couple, Marcin Dobas, a talented photographer and adventurer from Poland, and his girlfriend.  I had been in some contact with them in the previous days and invited them out to the beach if they were in the area.  So evening came with the four of us sitting around in the light and warmth of the campfire until the winter’s cold made a warm sleeping bag seem like a wiser option.

I peaked my head out of the tent in the morning, light!  Well not much, but something to break up the otherwise still mostly grey and cloudy sky.  Soon it was gone, and Kvalvika was back to a cold, bleak grey.  We packed camp, said or goodbyes and then headed back over the hill.

Sunday was cold and dark.  I took a few photos here and there, but nothing of much interest.  We thought about heading out to Bunes beach on the afternoon ferry from Reine, but unfortunately it happened to be the ‘every other’ Sunday when there is no boat.  That plan not longer possible, we slept in the car near Reine and set our alarms for 6:00am, to catch the 7:00am Monday morning boat.  I faded of to sleep wondering where to go.  Bunes beach, the easier and safer option.  Or Horseid beach, the more difficult and wilder option, but also the more scenic and spectacular option.  The weather forecast was okay, but not brilliant.  And the last time I chanced Horseid I was tent bound for nearly 24 hours of endless rain.  I had the night to sleep on it… 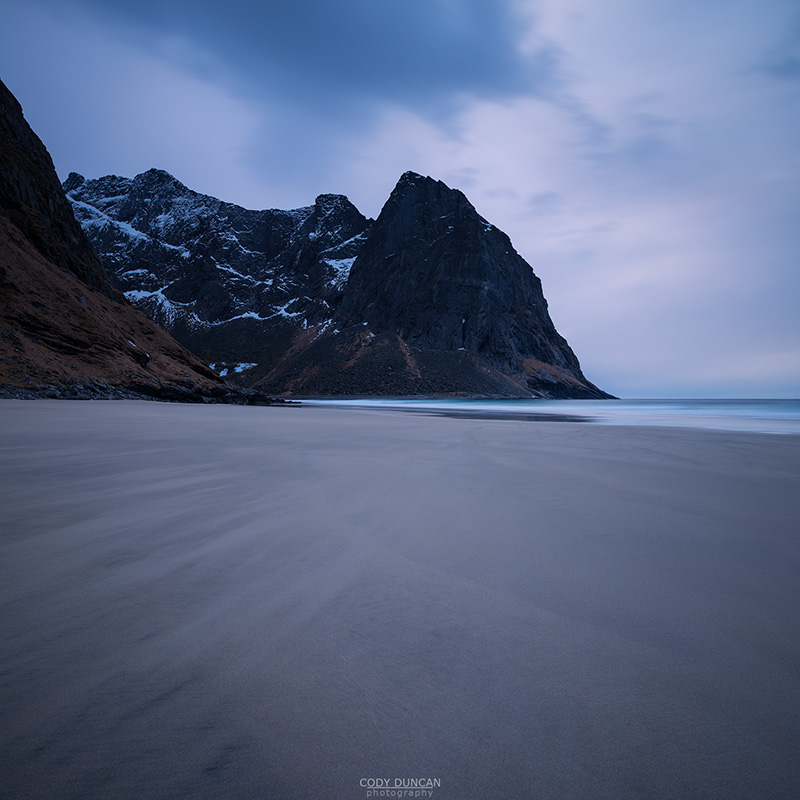 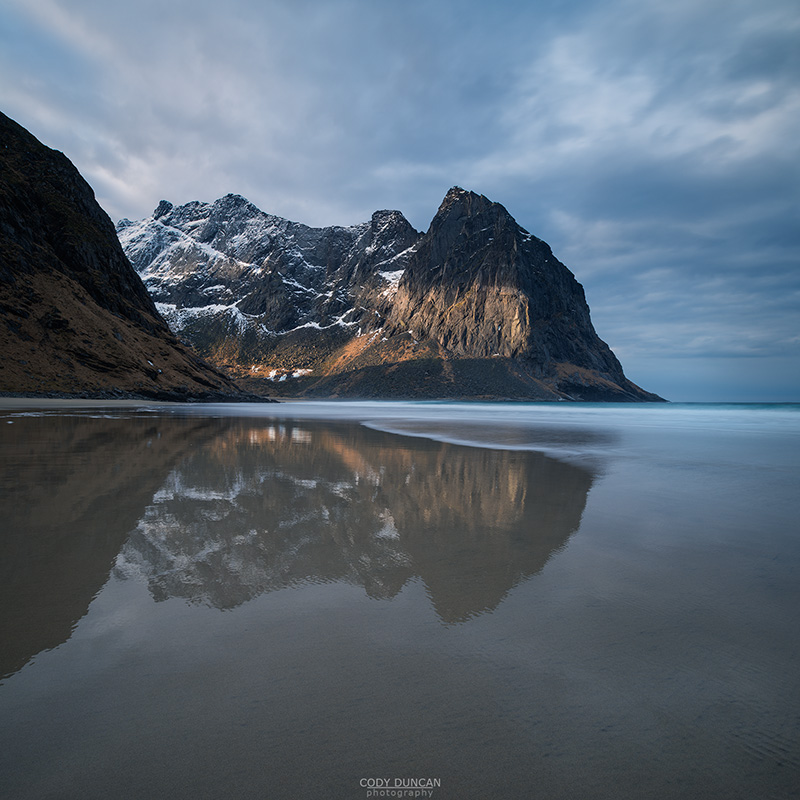