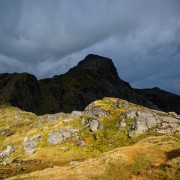 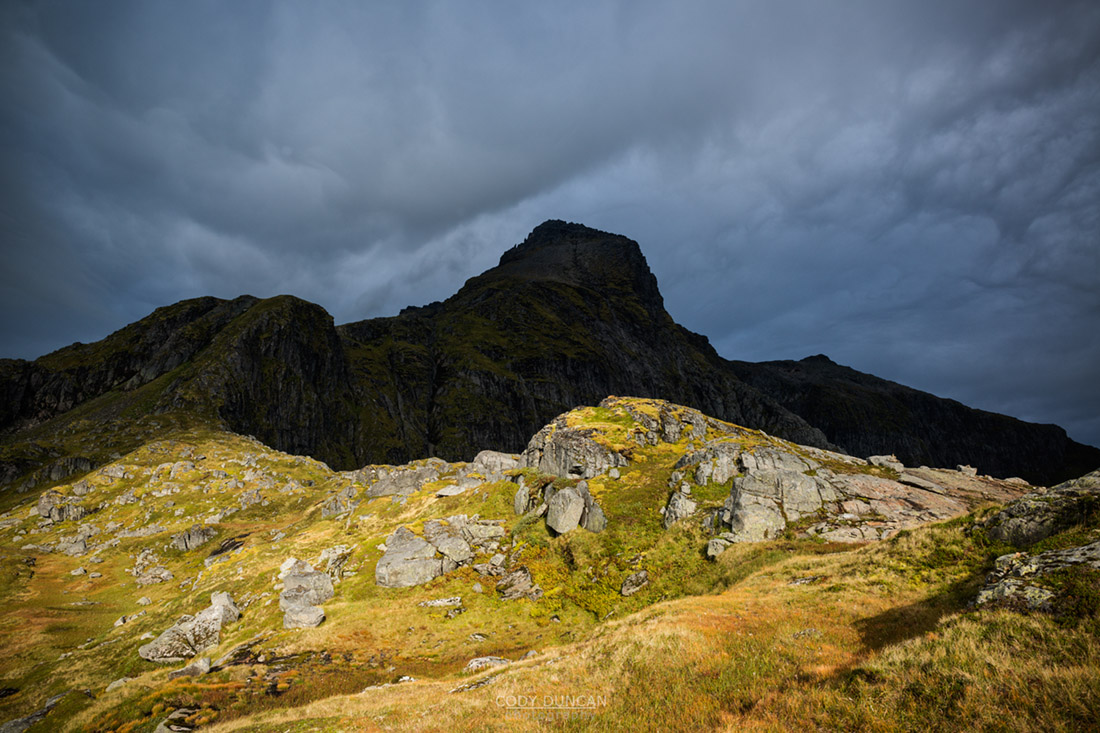 After having spent the night out in the open on the summit of Hermannsdalstind, the highest mountain in the western half of Lofoten, I was unsure of how my day would continue.  Since I had arrived rather late in the afternoon on the previous day, I figured the best plan would be to wait around on the summit for a few hours and see what the light would do.

Within a couple hour of sunrise, still quite early in the morning, being summer and all, I noticed an ominous cloud beginning to form over one of the nearby peaks.  One of those clouds that in the mountains means ‘something is coming.’  The winds had slowing been increasing over the course of the morning as well, so I took these as signs that I shouldn’t wait around too long.

As I began to descend a thin wisp of clouds began to swirl over the summit.  Further down the mountain the sky became ominously dark and I was wondering if I’d be able to get to Munkebu hut, where I was planning to camp for the night, before rain began to fall.

With the sun nearly concealed behind the clouds I stopped to take a few last photos of the mountain before the day’s light was gone.  Soon after the summit was hidden and the already cool day grew colder.  I passed a few groups making their way up the mountain, bad timing.  I was glad to be going down!