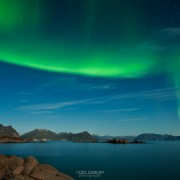 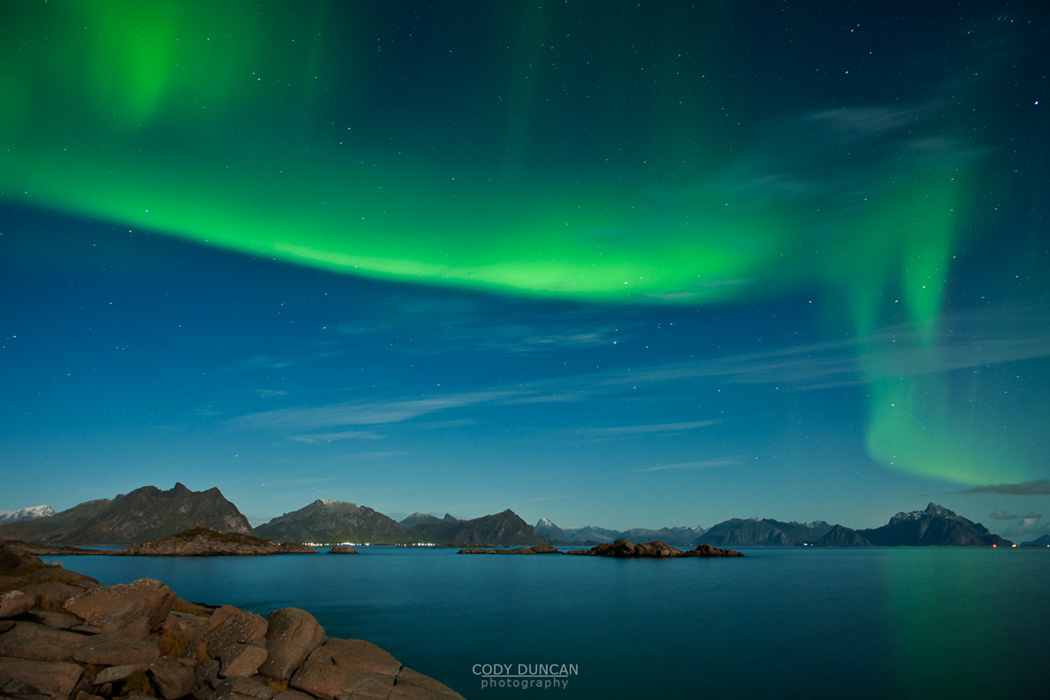 For any of you guys in the German speaking countries, a couple of my Lofoten Islands photos are in the GEO ‘Im Licht des Nordens‘ 2015 calendar.

The first image is on the cover, a photo of the northern lights I took in October 2011.  It was my last night of a two week autumn trip to Lofoten.  Thus far, the sky had been quiet, not a hind of northern lights to be found.  Though 2011 was a turbulent autumn, so there often wasn’t much night sky to be seen.  But finally with one night left the weather calmed and the sky remained clear.  I could sense that auroras would appear.  The islands’ final gift to me; making sure I didn’t leave empty handed.  They lights were somewhat late to arrive, but when they did, wow!  I stayed on shore to photograph while Roar took the others out on the boat to gaze at the sky from the calm waters of the Vestfjord.  This was the best aurora I had seen up to that point.

The second image from from the summit of Offersøykammen.  Frustrated with my efforts for the day thus far, I decided just to hike up the small mountain and wait for sunset.  With about 40-50 minutes remaining before sunset, a layer of cloud began to develop over the summit of the mountain.  The cloud thickened, but before I was lost in a total whiteout I was given about 15 minutes of beautiful light.  I never saw the sunset, and as I descended the mountain and could see again I discovered that I hiked up the only mountain covered in cloud.  Though I think it worked out for the best in the end…

So, if you’re in Germany/Austria/Swiss and want to purchase the calendar, you can do so here: Geo Saison – Im Licht des Nordens 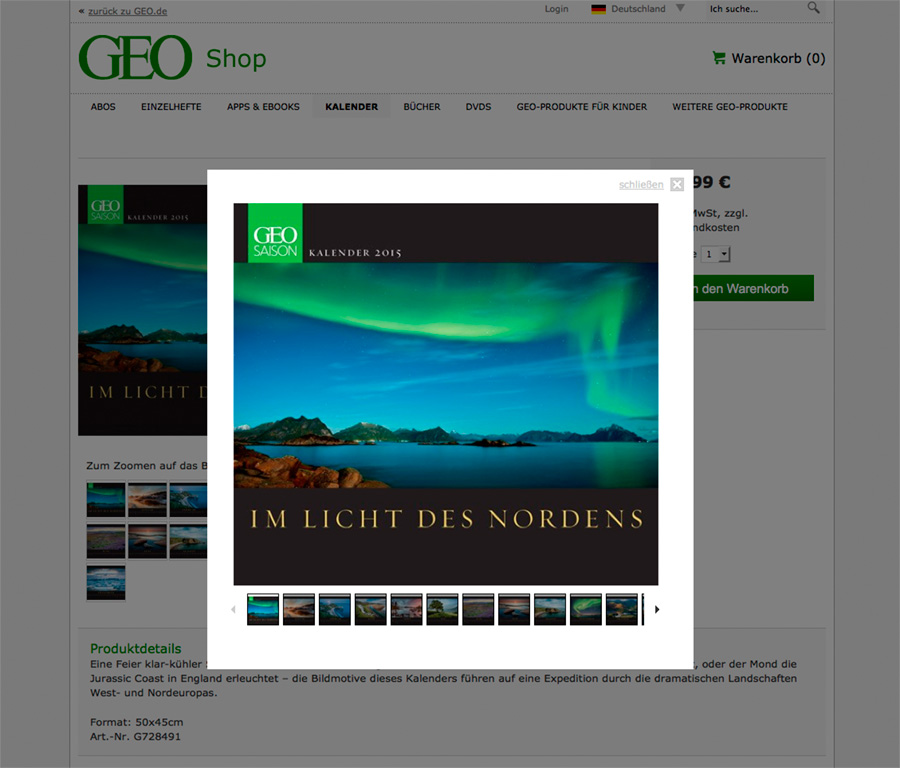 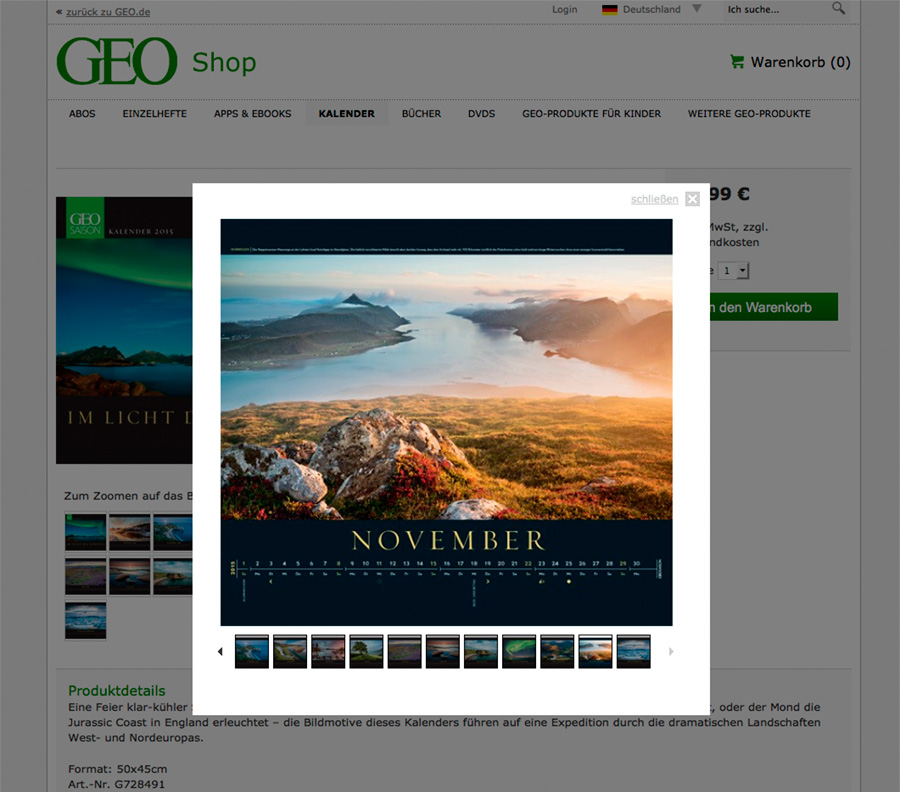 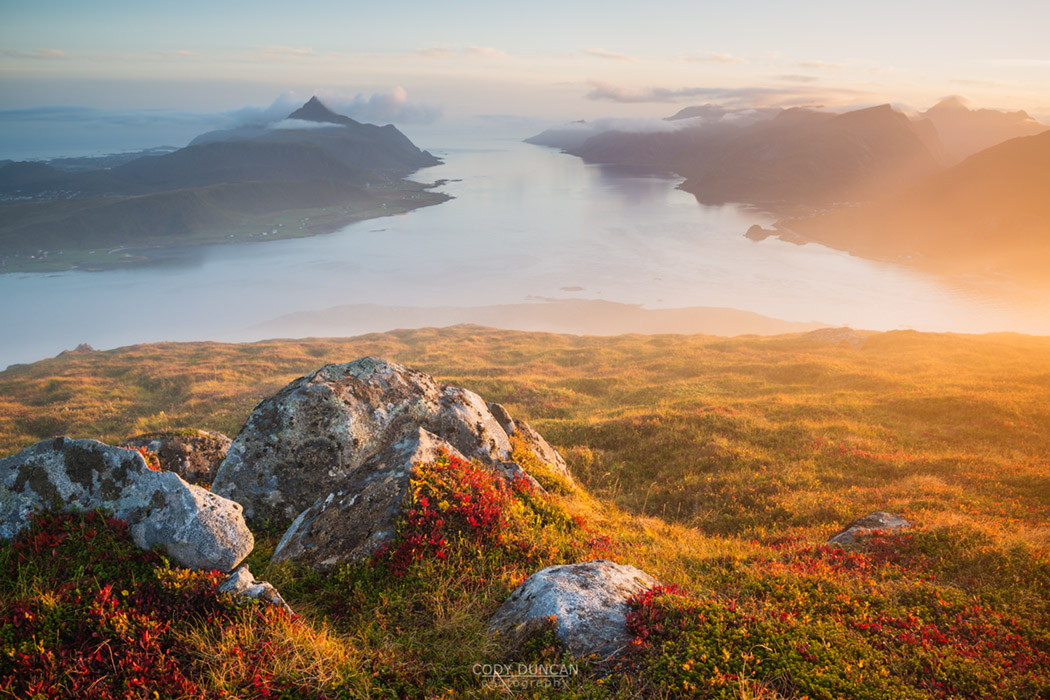