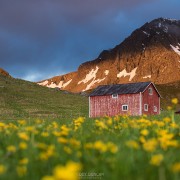 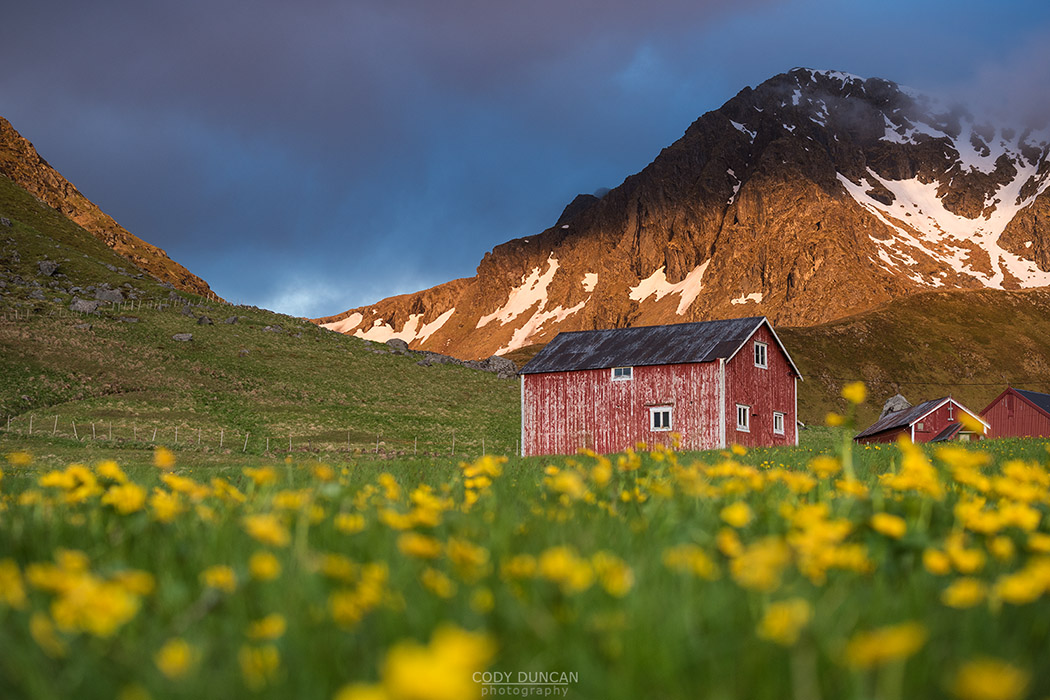 Sleep in near impossible for a photographer on Lofoten in Summer, more so if the light is good. After a couple consecutive days in the mountains, I was feeling a bit lazy and looking for something coastal to photograph.

I had been out to Myrland earlier in the evening, with some nice light on this field and barn – which is the shot that is the cover of my Seasons on Lofoten – Summer eBook. After that, I drove back down the road to Storsandnes and found a place to park for the night.  But as I finished dinner and the hours passes, I wasn’t content with the scene in front of me, the sea just wasn’t calm or stormy enough. Before heading off the another beach, I decided just to checkout Myrland one last time. The light was better than before!

I arrived a few minutes before midnight, as the sun was breaking through some clouds. The mountains had a wonderful warm light shining on them and the wind was still quite calm.  I knelt down in the field just on the edges of the flowers and got completely wet from the soggy ground, but no matter when the light is nice.

Normally I don’t photograph such rural scenes very often, but somehow, this photo says ’summer on Lofoten’ to me and is one of my favorite images from this past trip.