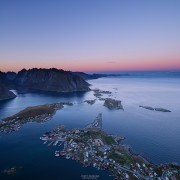 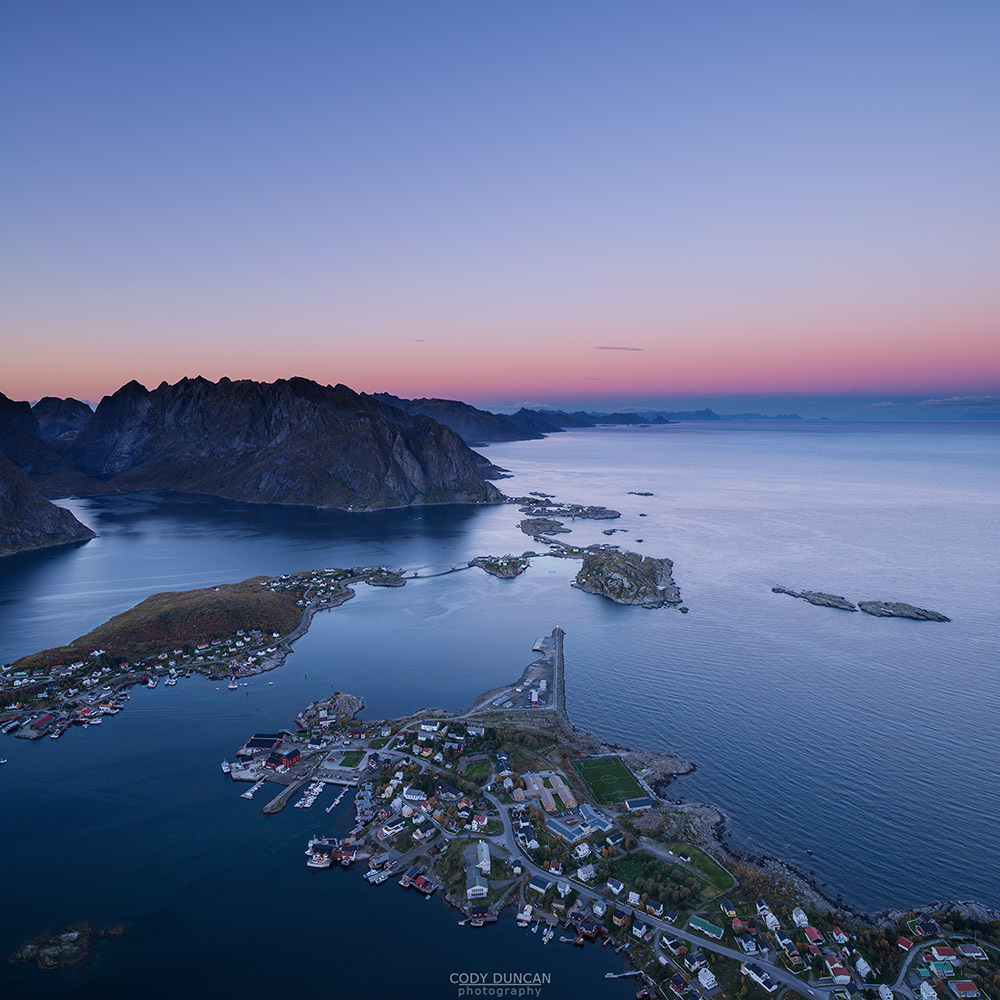 The promise of a clear September sky brought me up Reinebringen for the night with hopes of northern lights. But even in the north, not every clear night brings auroras, and so, despite my 360˚ views, the sky remained quiet until a faint glow arrived at midnight, before quickly vanishing again.

But simply being alone, high in the mountains of Lofoten is a pleasant enough experience in and of itself. The northern lights would have just been an added bonus.  This night was cold, with a bit of frost beginning to form, the first signs that winter wasn’t too far away. A spent most of the night laying half-way out of my tent, so I cold keep an eye on the sky without having to move around too much and get out of my sleeping bag. As time passed, I eventually had to begin setting the alarm on my watch to go off every 20 minutes as my eyes grew tired and I drifted to sleep beneath the million stars overhead.

You can checkout the hiking guide to Reinebringen on my Lofoten hiking page.  The mountain is perhaps the most popular summit on Lofoten at the moment – more because the name has enter the public consciousness, rather than the view being so much better than anything else; I have several mountain views I like better myself.  But with the popularity, the fragile arctic landscape is beginning to suffer. Places that used to be trail are now blank, slippery rock as the covering dirt and vegetation have become warn away.  Be conscious of the impact each step makes; the land can handle 100 feet, it can’t handle 10,000.