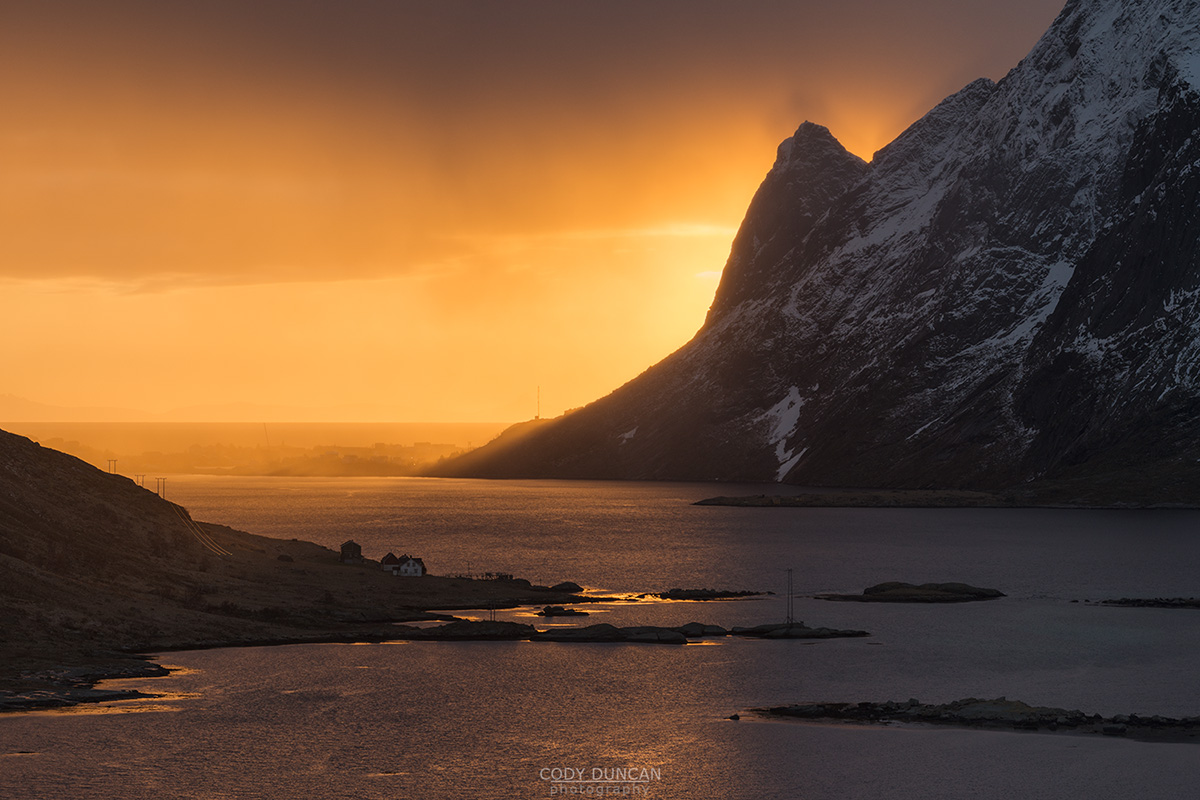 This weeks photo is not so much about the image, but more about the importance of location in winter. Or to say it another way, if you want to see sunrise or sunset in winter, it is important that you know where you are going.

In the first week of February I took the ferry to Vindstad and Bunes beach for a couple nights of camping as the weather forecast was good and I was hoping for some northern lights over the beach at night. However, snow conditions were unfortunately quite thin, giving a much more spring like look than that of the fleshly snow covered landscape. But that is beyond my control.

Even a full month after the sun has returned to Lofoten, it still remains quite far to the south and still relatively low in the sky. From my location for sunrise each morning, I would see the sun rise over the mountains of the distant mainland around 09:00 and by around 09:25, the sun was disappearing behind Reinebringen – gone for the day! Bunes beach itself received no direct sunlight during this time, while the mountains high above would have sun at various points through the afternoon and until sunset.

So that was it, 25 or some minutes of direct sunlight each day while I was camping. Not very much!