This is an easy hike along mostly dry trails, though with a few short boggy sections and some low birch forest to pass through. However, due to the abundance of sheep grazing in the area, route finding can be somewhat tricky at times as numerous trails criss-cross the hillside in several areas.

The parking area for Hestræva is located along the E10 near Kilan, on the east side of Flakstadpollen. Park in the gravel parking area next to the sea directly opposite the red house and barn located on the mountain side of the E10.

The hike begins with a short walk up the driveway and past the barn, where you will see a trail leading into the grass and a sign marked ’Skogsstien.’ Shortly past this, you will cross an electric fence as the trail leads you to the right.

Crossing the fence, follow the obvious trail towards the right (south). Soon you’ll arrive at a small river, follow the trail across to the opposite side and climb up the hill. Keep to the main trail leading left, which will take you slightly uphill. There will be some trees around, but it should mostly be open until you arrive at a short steep section which takes you through some denser trees before exiting again.

The trail flattens out again as it enters a slightly boggy clearing, with a rocky outcropping on the right. Though faint, the trail will be visible here as you head east towards the forested hill ahead of you. Make sure you are on a path as you enter the forest. The forest becomes thick at times as you ascend the hillside and you might not be sure if you’re going the correct way, so keep an eye out for occasional signs of human use such as cut trees and worn steps.

Exiting the forest, the trail now leads you to the pass between Andopshesten on the left and Hestræva on the right. As you reach the middle of the pass, the landscape now takes on a rocky/sandy, almost volcanic character and the trail will mostly fade away. Turn south and make your way up the gentle slopes between the initial layers of rock, before ascending to the broad, flat hillside. Keep going towards the highest point and you will soon be at the summit.

The rough, rocky nature of the summit doesn’t really make it suitable for camping. The nearest decent location will be down below at the pass, before making the final ascent. No water available. 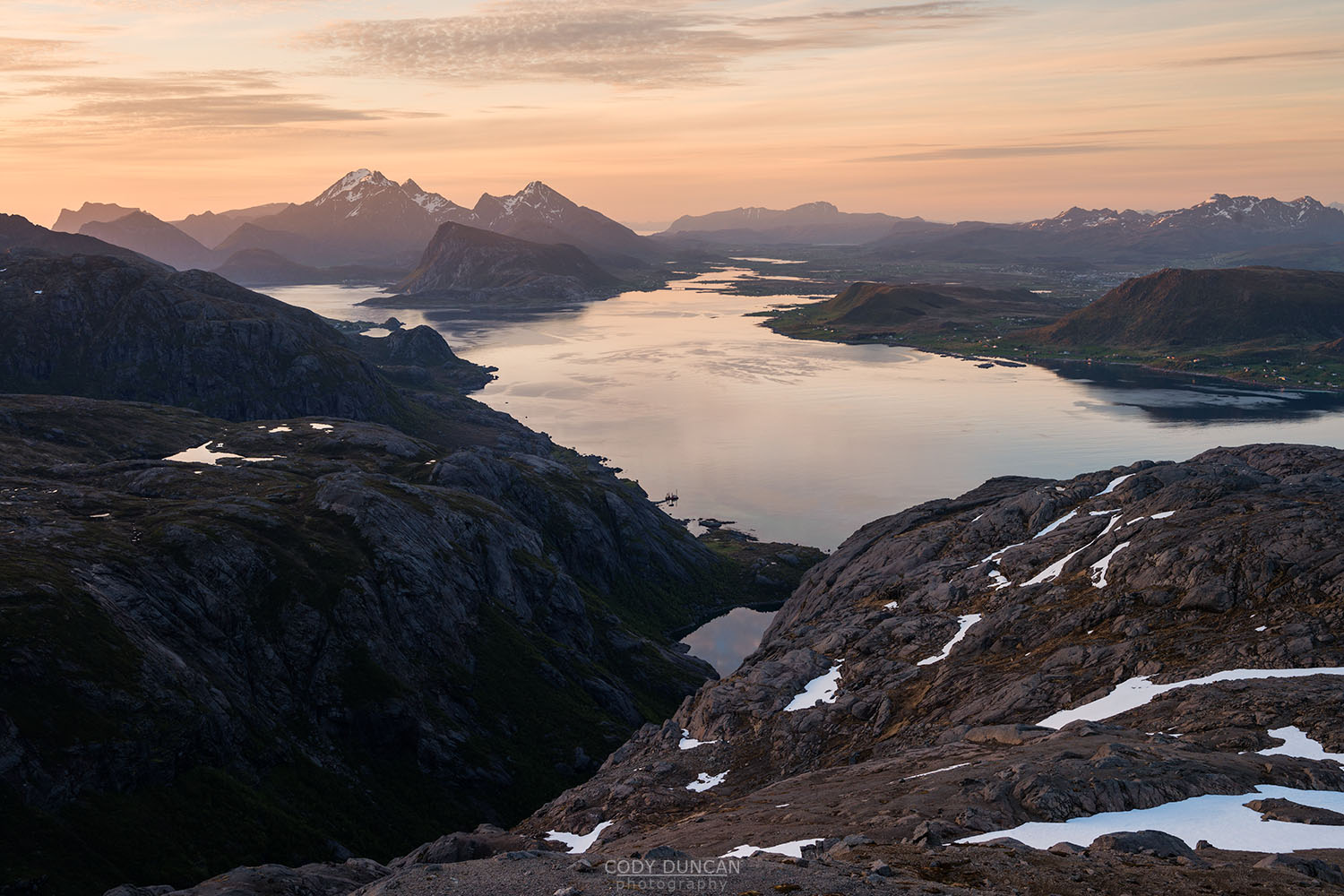 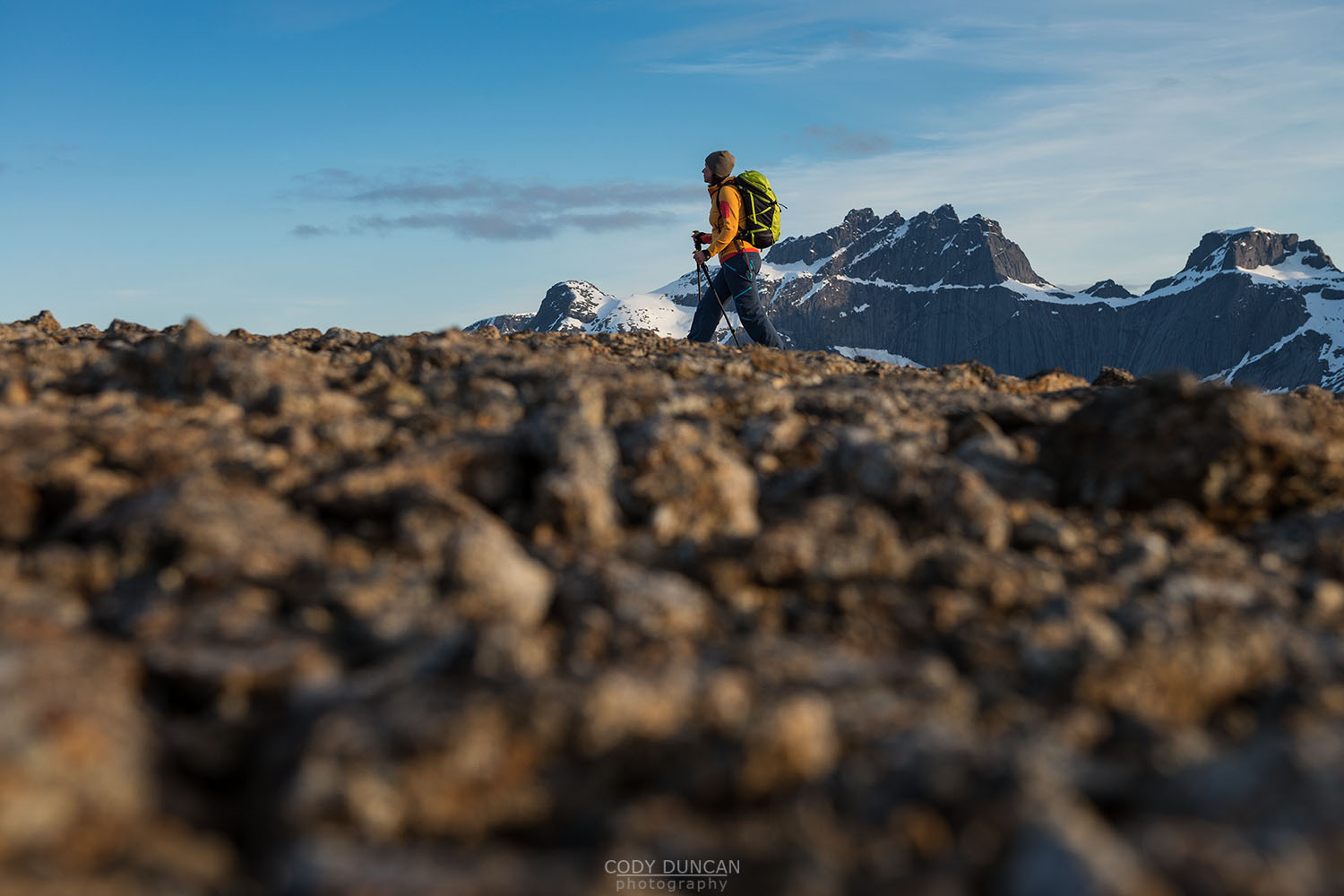 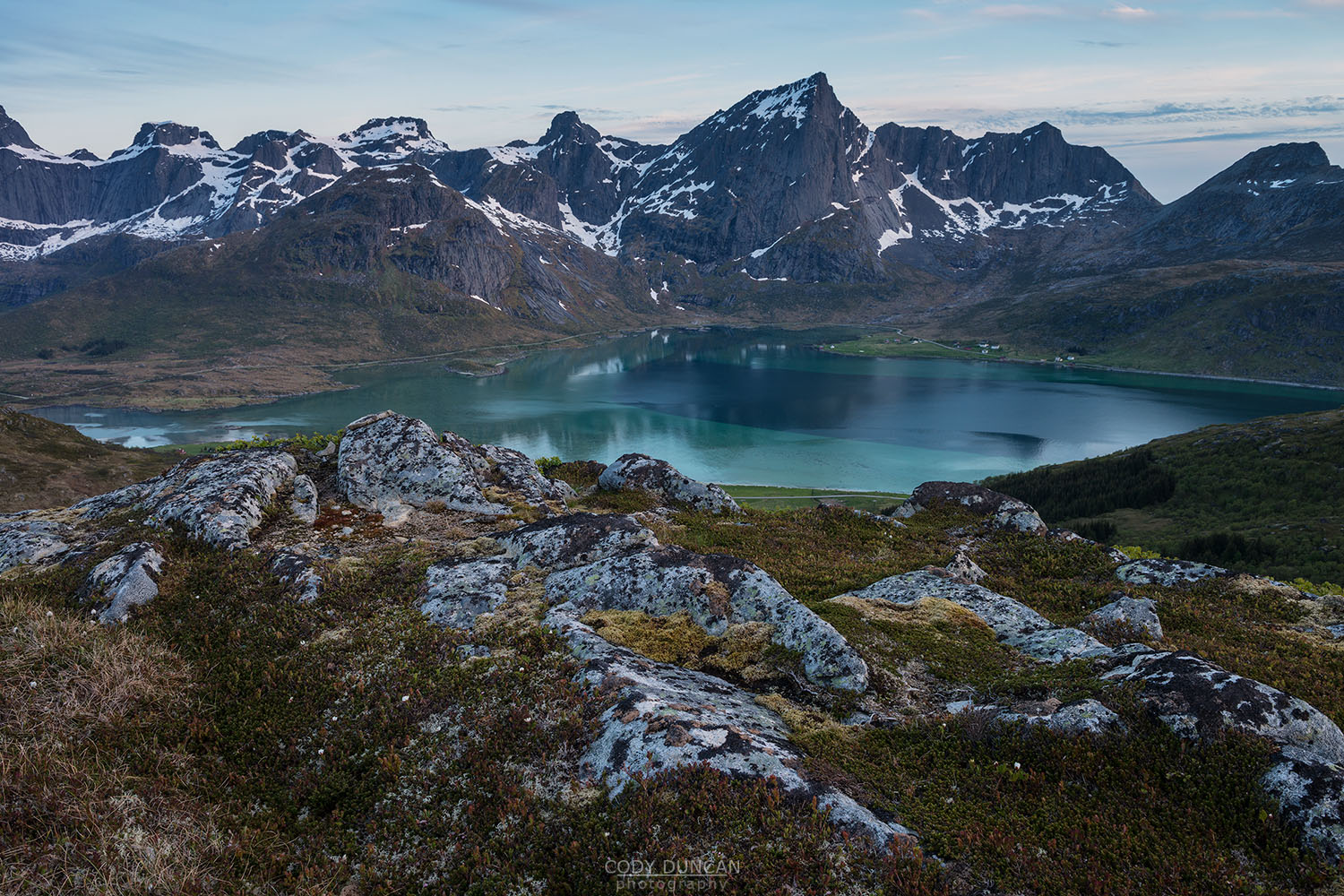