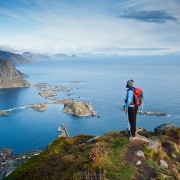 I’m skipping this weeks continuation of my Lofoten winter travels series for a more important announcement:

From August 23 to September 6 this year (2014) I’m joining the Vertical Shot Expeditions trip – as a paying participant – led by Vlad Donkov for a sailing journey from Tromsø, past Senja and Vesterålen, and concluding in a full circumnavigation of the Lofoten Islands.  The trip is a total of two weeks long and looks like it will be an exciting adventure to say the least!

I have known of Vlad’s work for sometime as he is another photographer with numerous Lofoten trips in the bag as well other arctic destinations like Greenland, Iceland, and northern Sweden.  The boat will be crewed by experienced arctic sailers.

Not to sound like an advertisement (I really am excited by this trip, as it will be a totally new way of seeing Lofoten for me), but I believe that there are still 1 or 2 places available on the trip.

Prior to signing up for the trip last week, I wasn’t actually sure if I would return to Lofoten at all this year.  Partly because I have had a complete hike of the Kungsleden trail over in Sweden on my mind for a while, which I wouldn’t have been able to begin until near the end of August, which would likely make me miss autumn on Lofoten – and there’s no real reason for me to go after that.  And partly because I’m feeling the need to begin exploring some new areas beyond Lofoten.

I have a couple months to decide if I will spend a few more weeks in September of Lofoten after the trip ends or head elsewhere.  I’m thinking about maybe trying to get back to Sarek national park, and hopefully not drop my camera in a lake this time, or perhaps somewhere around Saltfjell on the Norwegian mainland.  I’ll probably just leave it to the last minute to see how I feel about things or see if I can find anyone interested in hiking with me.