Though the mountain looks imposing from below, the route to the summit is well worn and easy to follow. This is a nice and easy trail for the most part, with a couple big steps and then some rocky sections on the upper slopes of the mountain. This is a good introduction to hiking on Lofoten.

The trail begins in Skjelford, a few kilometres west from Ramberg. From the E10, turn south into Skjelfjord. As you approach the village, there will be an orange building on the right, with cod racks on the opposite side. Park in the parking area next to the building. Look for the large boulder ahead of you and follow the obvious trail towards the fence and through the gate.

Passing through the gated fence, keep the large boulder to your right as you follow the trail along the side of the hill roughly following the path of the power lines. The trail here is in good condition and easy to follow. Eventually you will gain some elevation and pass over a small creek and arrive at a wind shelter overlooking Skjelfjord.

Follow the trail past the shelter towards the steepish hill ahead of you. The trail weaves its way back and forth under the power lines as you gain elevation up the sometimes rocky hillside. As the trail begins to flatten, you will head more west, with the clearly visible ridge of Volandstind towards your right. Keep to the trail as it passes over another small stream when you turn north and join the ridge at around 225 meters elevation.

From here, the trail takes you along the ridge, heading north. The trail remains mostly clear, though there are a few sections of boulders which need to be crossed, at which point the trail becomes faint. Keep to the ridge and you’ll eventually pick up the trail if you lost it. Keep going up.

Eventually the ridge will flatten out as it takes you towards the cairn marked summit, on the northern side of the mountain. You can stop there, or make a short, but steepish descent/ascent to another summit, with fantastic views over the Fredvang bridges.

A creative camper will be able to find a spot for a tent on the summit. Otherwise, the mountain is relatively simple and straightforward that camping isn’t really necessary. No water available.

There are also several places for a tent where the trail joins the bottom of the ridge, though this area is also on the boggy side for the most part. 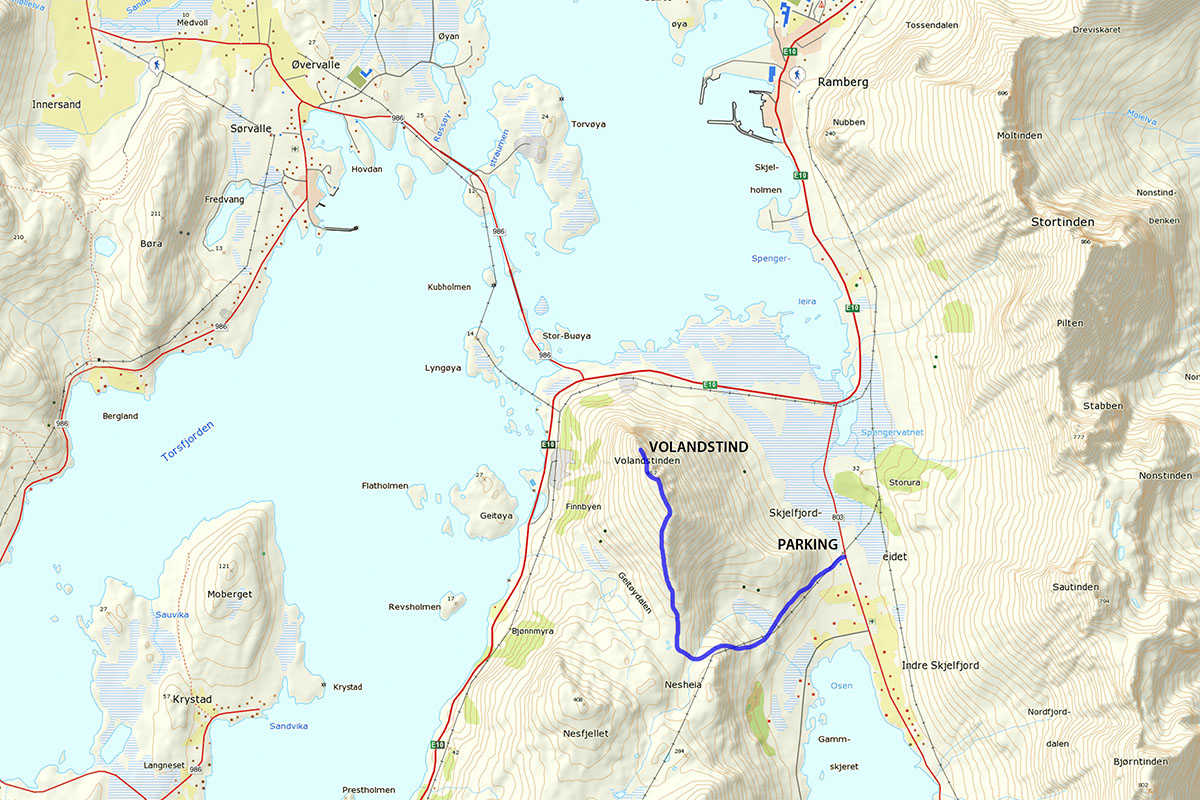 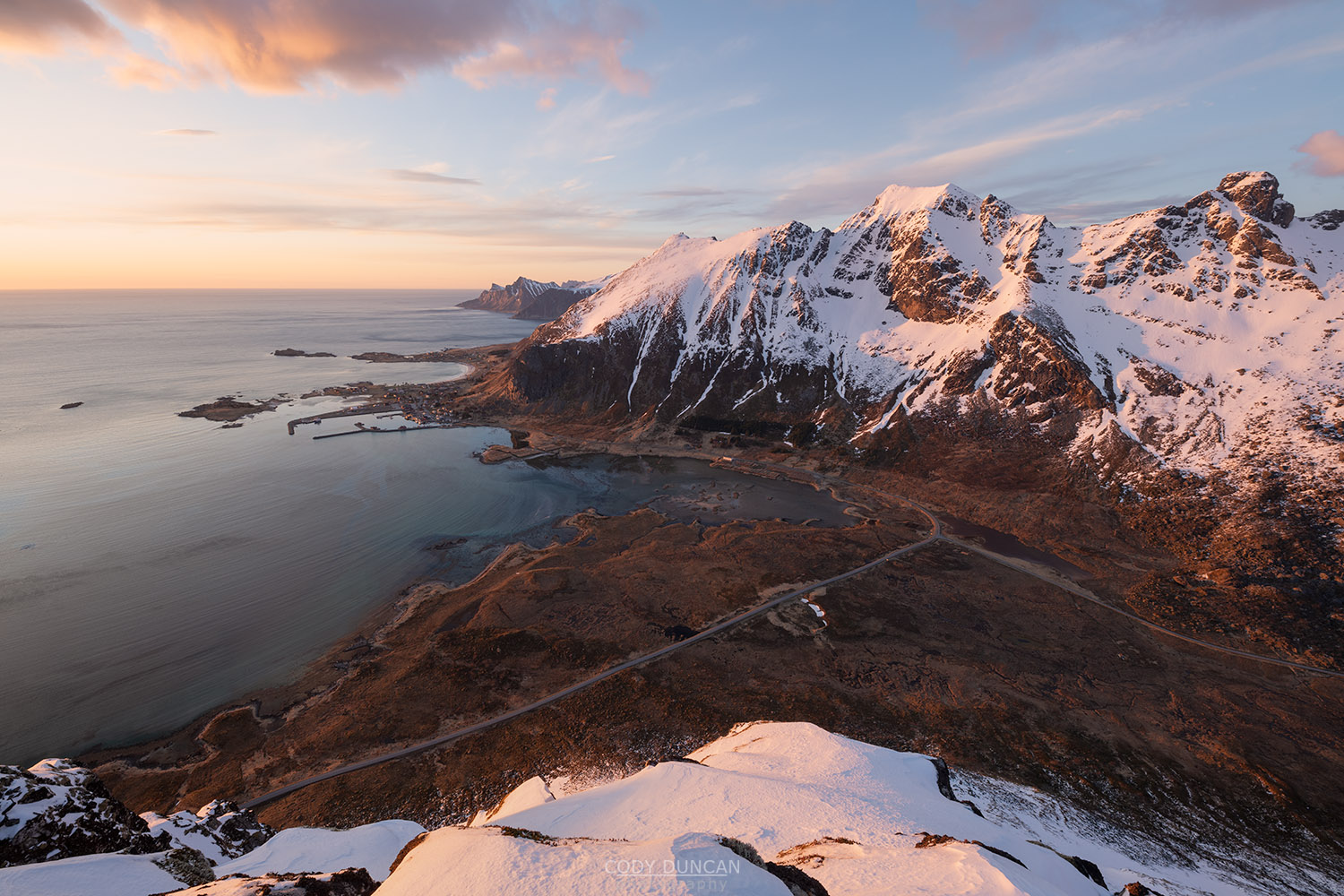 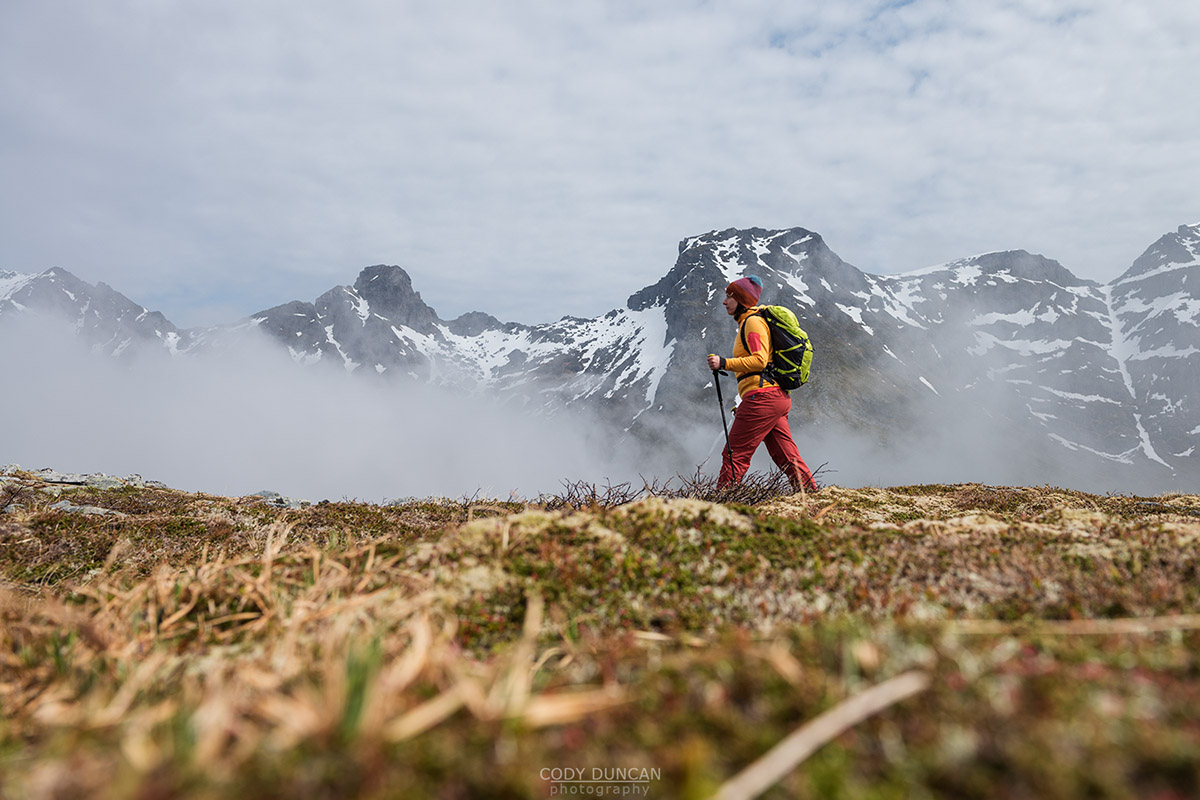 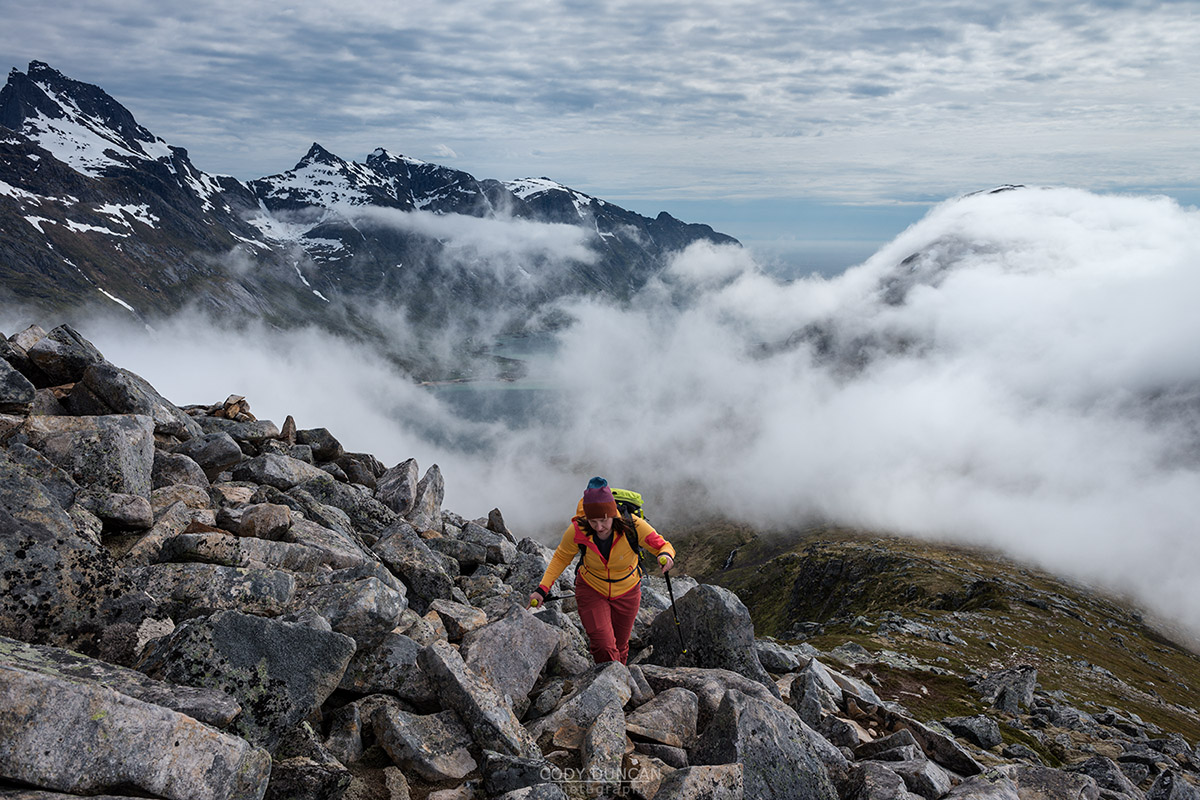