The summit of Nonstind is the highpoint along a narrow mountain ridge.  While not spectacular in and of itself, the journey to the summit with fantastic views over Unstad beach is the main draw of this hike. You could stop after the first steep climb up to the ridge and be happy view your views, but continuing to the summit will lead you to rare views of the distant Uttakleiv beach and the towering peaks of Himmeltindan as they rise from the cold fjord in front of you.

The Trail to Nonstind begins in Unstad. Unstad is located on the northern side of Vestvågøy, about 20 km north (east) from Leknes.
Upon reaching Unstad village, turn left, going to the parking area on the left side of the beach. You can park here, or there are a few more places by the boat sheds a little further down the road.

Wherever you park, continue down the gravel road, with the steep mountain ridge to your right.

Continuing down the road, you will pass through a gate. With the mountain ridge coming down on your left, you are going to head in the general direction of lake Utdalsvatnet. There are several small trails up the small hill, you can also follow the large ‘scar’ on the hillside, before going cross country to the shores of the lake.

The trail gradually steepens as you gain elevation. After several hundred meters of ascent, you will enter into a boulder section of the ridge where the trail will grow faint at times. There are a few rock steps and some boulders to scramble over, but as long as you stay close to the ridge (don’t go too far left), the exposure is not that bad. This area also provides some of the best views down to Unstad and the beach, so take a photo.

After crossing the rocky section, you will pick up the trail again as the ridge flattens out.  From here it is a fairly easy walk for another 20 minutes or so as you continue on the the summit.

The summit is merely the high point along the ridge, but there are some nice views to be found if you look around.
From here, you can also continue on to some of the other nearby peaks.

There are various camping locations once you have ascended the first climb and the ridge flattens out. There are also some areas in the vicinity of the summit. No water available.  Most locations are fairly exposed, depending on wind direction. 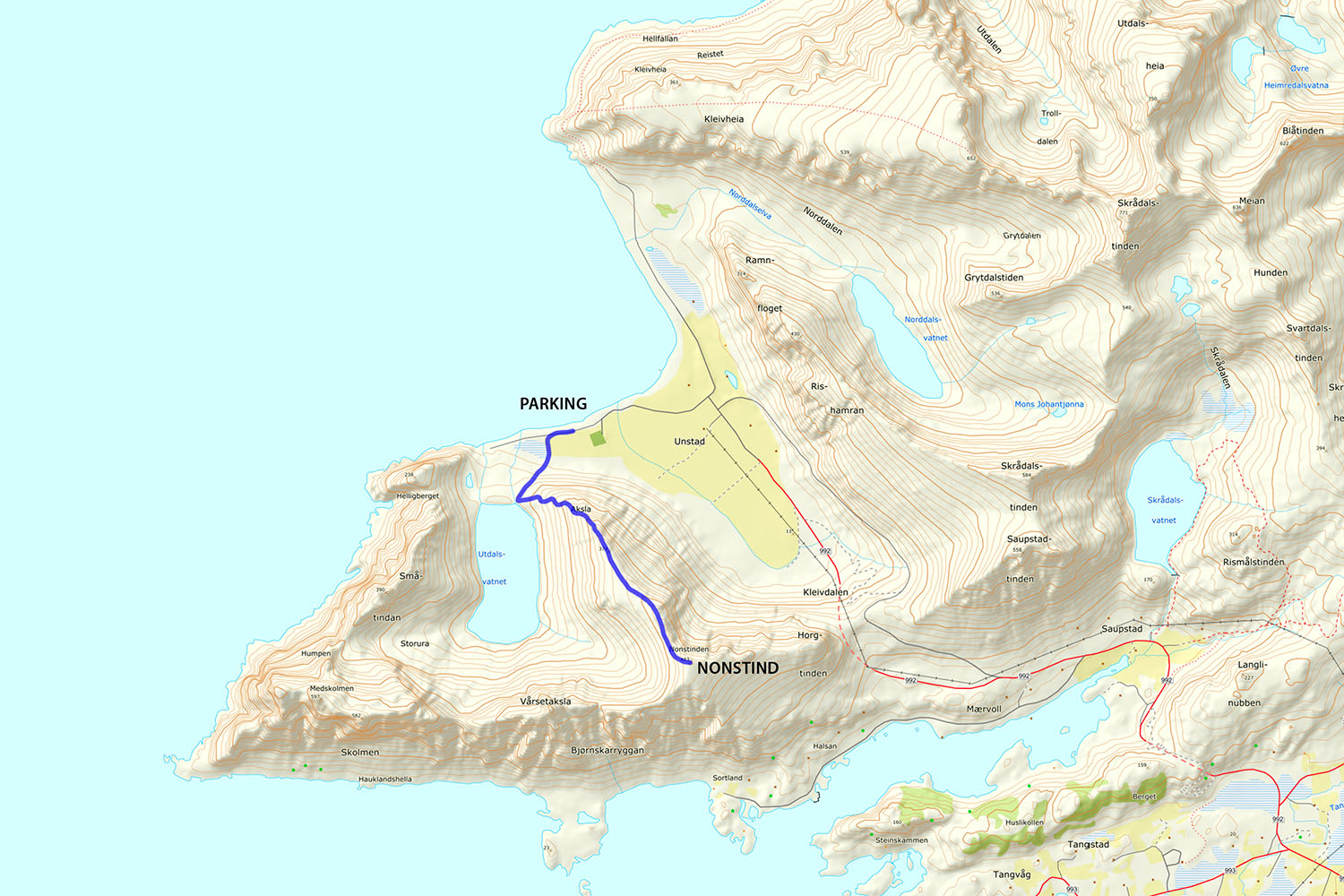 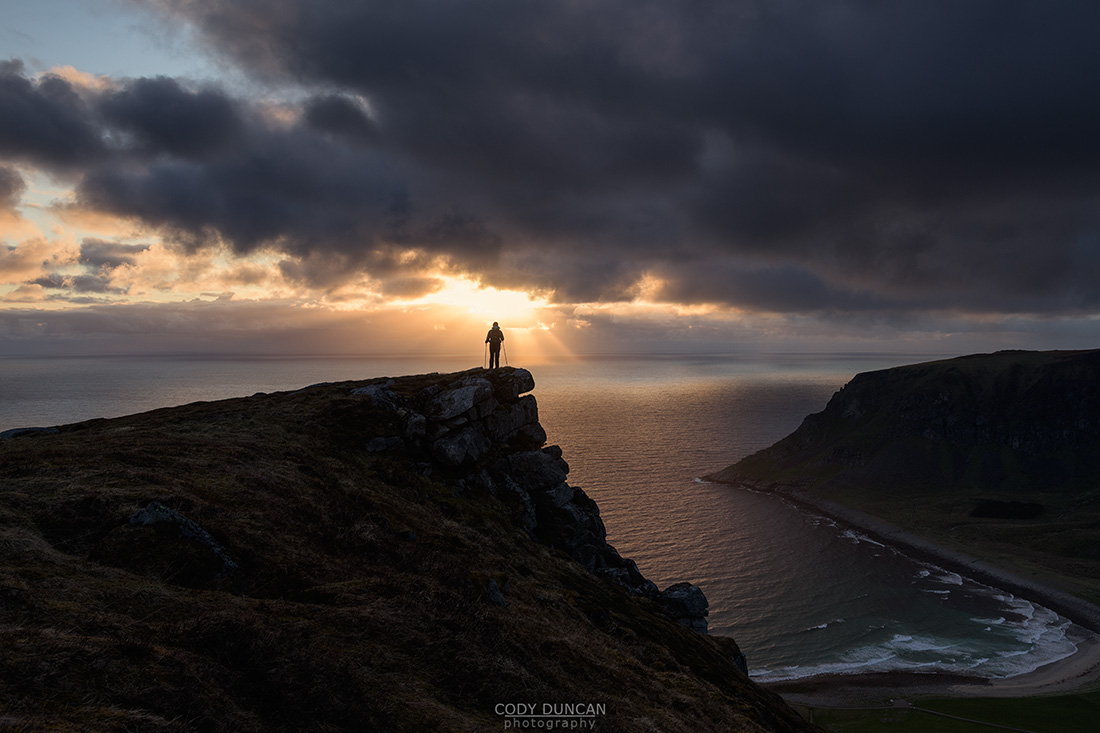 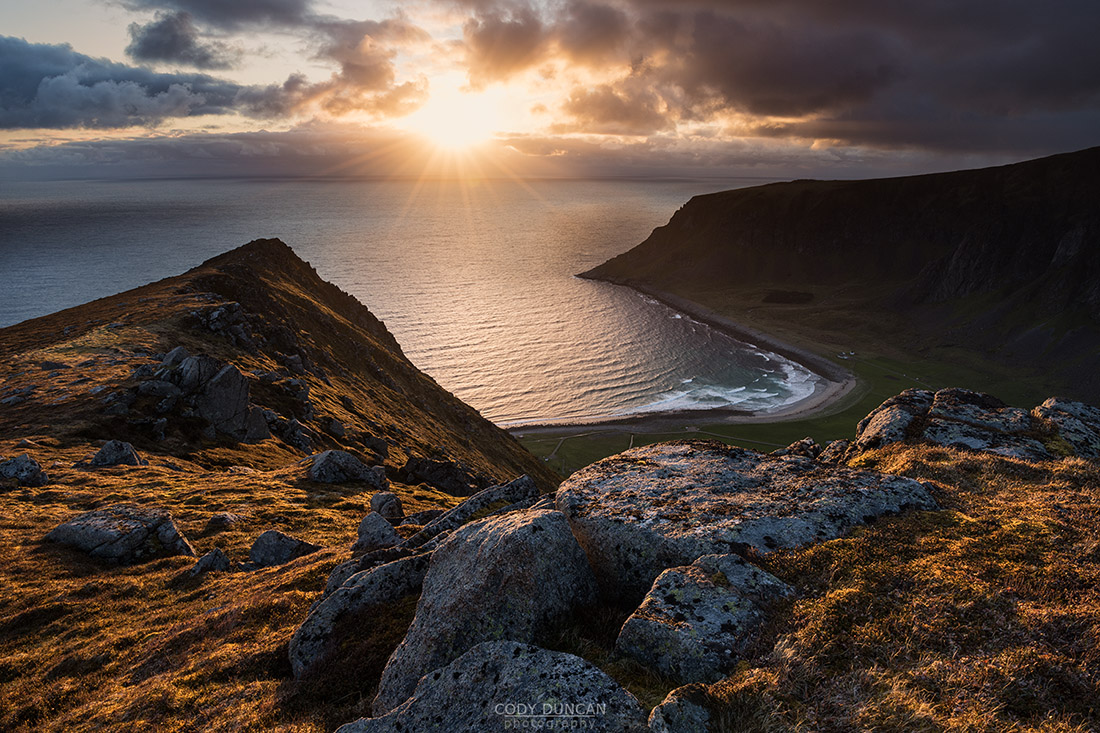