In 2016 construction on a stone stairway on the mountain was started due to the increased erosion and danger of rockfall from the high amount of visitation. As of July 2019 and a cost of 7 million Norwegian kroner, the Nepali Sherpa team as completed all but the final 50 meters at the top of the mountain. So now the route is little more than a 1560 step stone staircase. It is likely the steps will be completed when funding can be obtained.

In the weeks following the opening of the steps in the summer of 2019 an estimated 800-1000 people ascend the mountain on an average day. With the upper section of the stairs not completed, rockfall is still a risk on this hike, especially with so much traffic and inexperienced hikers. On August 6, 2019 a man was severely injured after being hit in the head with a falling rock and had to be airlifted to Bodø. If you need to hike Reinebringen, I suggest doing so in the early morning or late evening hours, when the crowds are less – you didn’t come to Lofoten to stand on top of a mountain with 200 other people anyhow, did you?…

Note, the steps are actually quite physically demanding, and the repetitive motion of step after step is more strenuous than regular hiking trails, even steep ones. So if you are not a regularly active person, I would warm up on a few easier hikes before visiting Reinebringen.

Paid: Ytre Havn, Reine. Located in the outer harbor in Reine, 1.8km from the trailhead. Follow the sign posted ‘P’ since after turning into Reine. 50 NOK/day, 150 NOK/overnight.

Note: The Reinehalsen viewpoint at the corner of the E10 and the turn into Reine also serves as a nearby parking area. However, this is intended to be a stopping point for a quick view over the harbor and not a parking lot or campground (No Camping signs have been added in July 2019). It is likely it will be full anyhow on any given summer day, but it is still asked that you don’t park here.

Do not park along the road on either side of the tunnel. This is forbidden and has become a point of frustration among the local residents.

There is no longer much of a trail on Reinebringen. Simply follow the steps as they wind their way up the mountain.

After 1560 steps, they currently end at around 400 meters elevation. Leaving you with another 50 meters of ascent on the old trail. Fortunately, this is now above most of the previously dangerous steep areas full of loose rocks. Try to remain to the trail to avoid further erosion.

And though the steps have greatly improved the safety of the mountain, rockfall, mostly dislodged by hikers from above, remains an issue on the upper section of the mountain, especially so on crowded summer days. To give you my own perspective: I consider the mountain too dangerous to hike in the daytime during summer – I don’t want to get killed because an inexperienced hiker sends a rock flying into my head.

Update: June 2021: Camping is now forbidden on Reinebringen and new signs have been installed at the trailhead. The mountain has now come under the jurisdiction of specific regional outdoor regulations which overpower the otherwise existing Allemansretten of legal dispersed camping on undeveloped land. There were some (not very well publicised) meeting to determine this in the spring of 2021.

I will say, I do not understand the reason for the ban on camping, and as was written here previously, there is only place on the summit ridge for 2-3-4 tents per night at a maximium. So I do not know what problem banning camping is attempting to solve – the mountain itself, and all the associated parking and overcrowding issues will continue as always – camping was never a contributing factor in this. 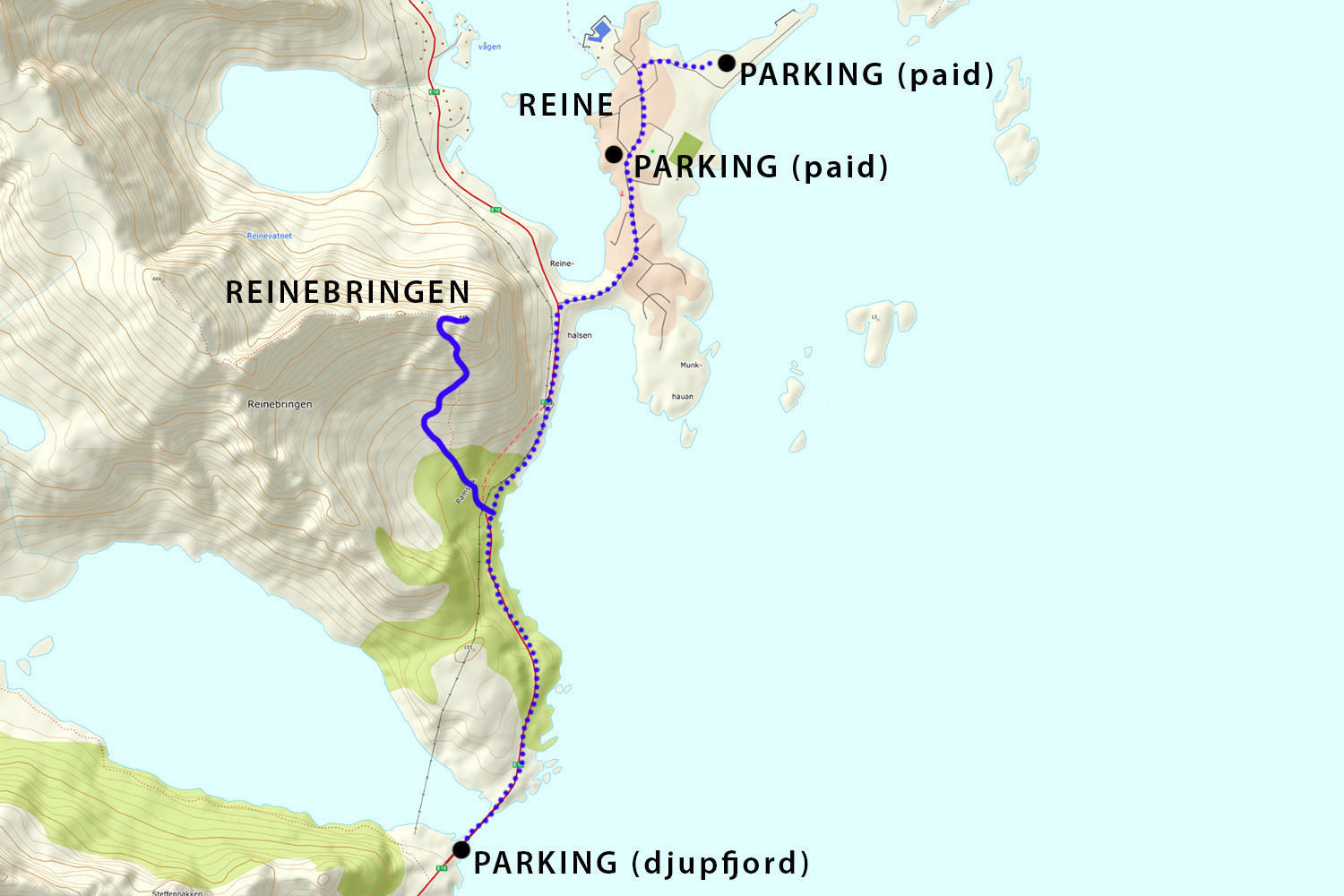 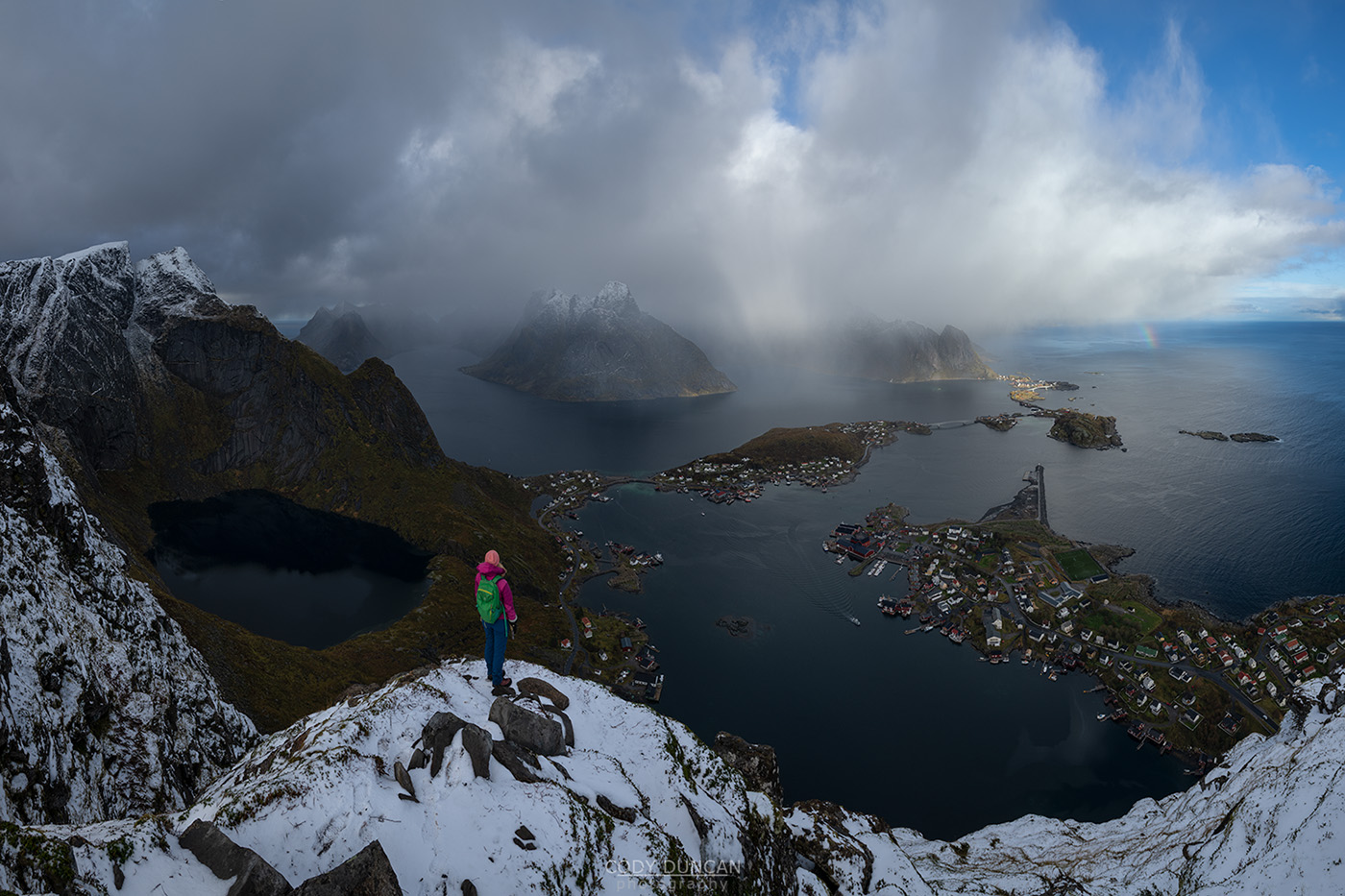 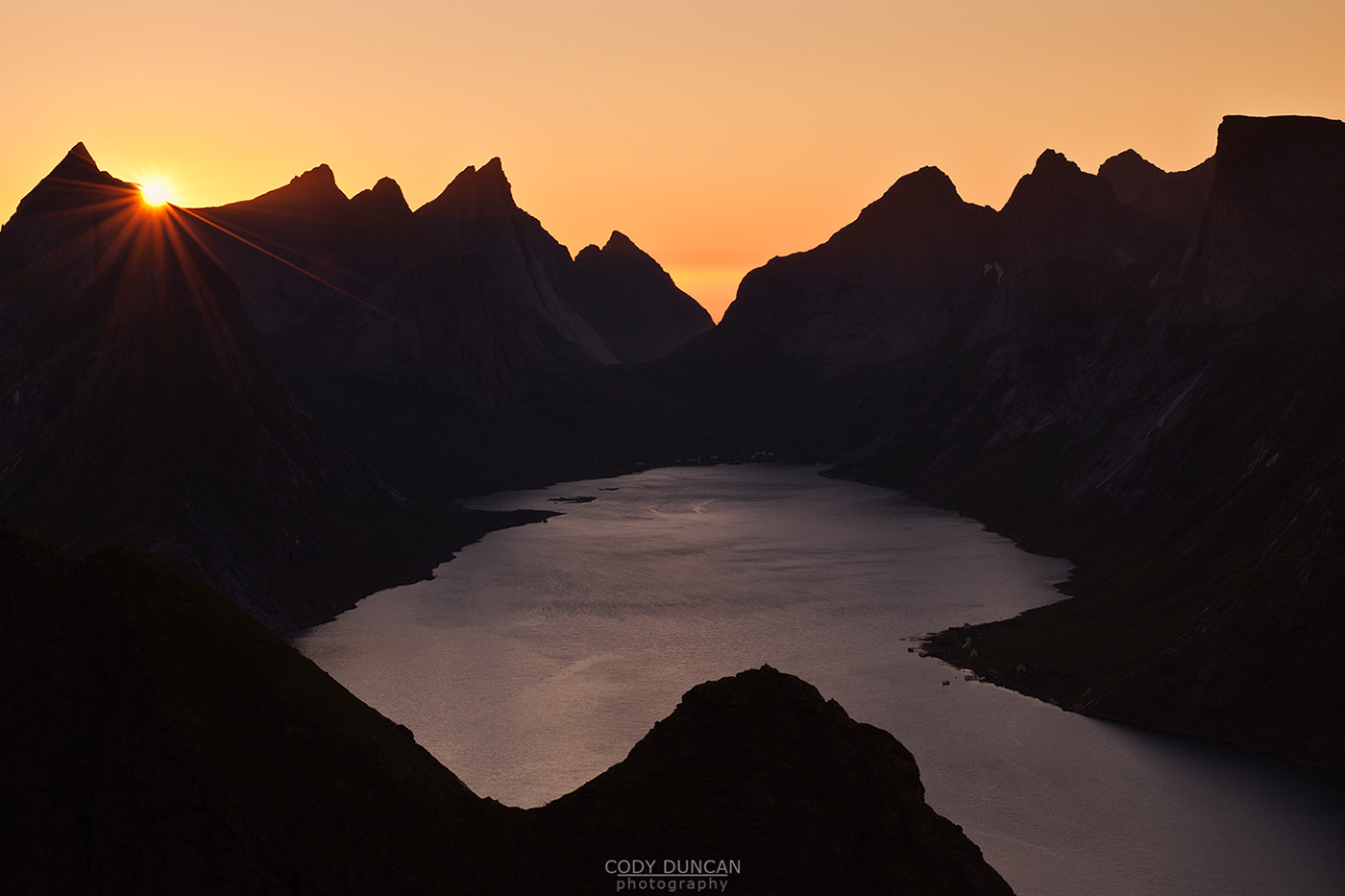 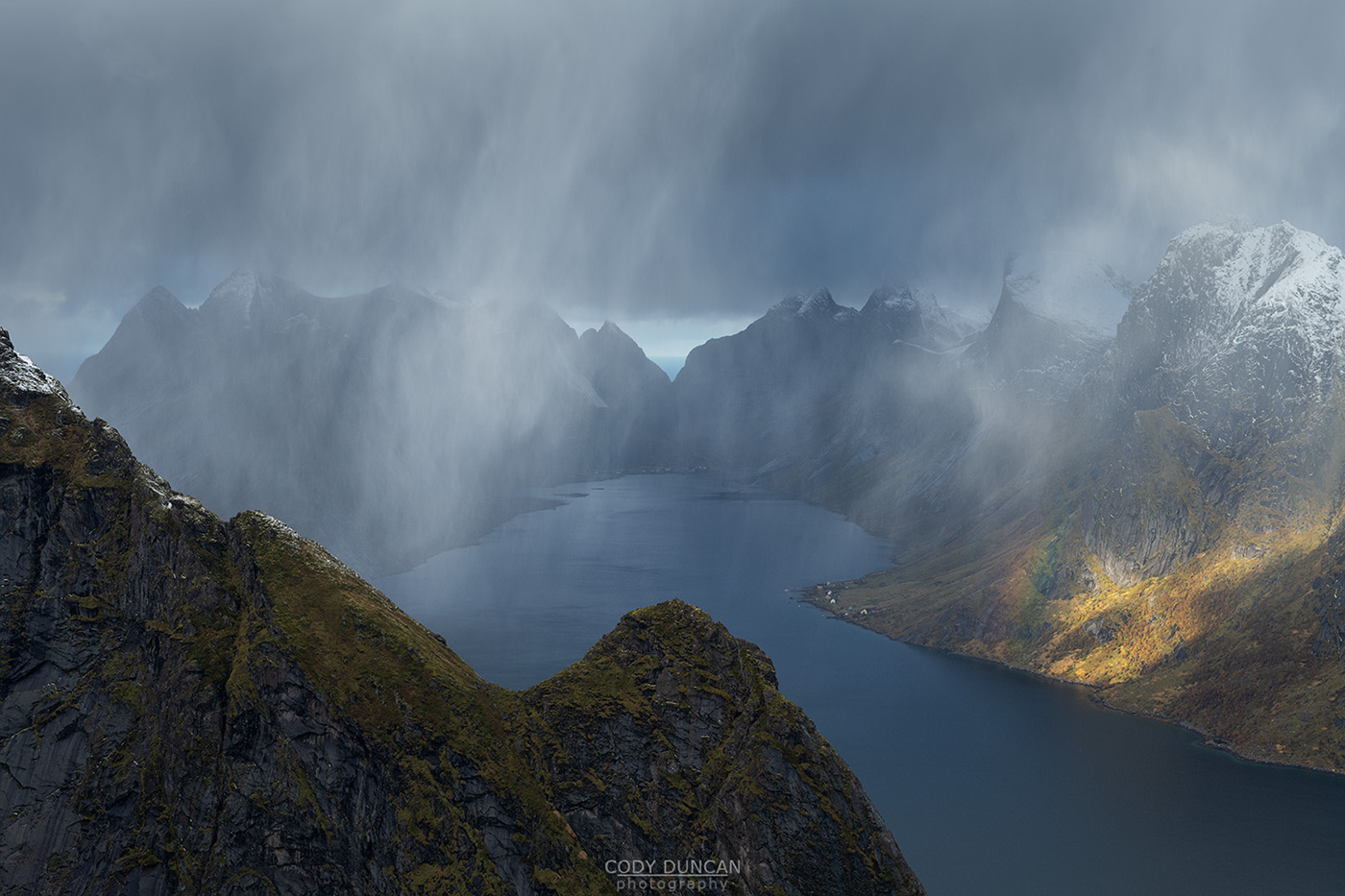 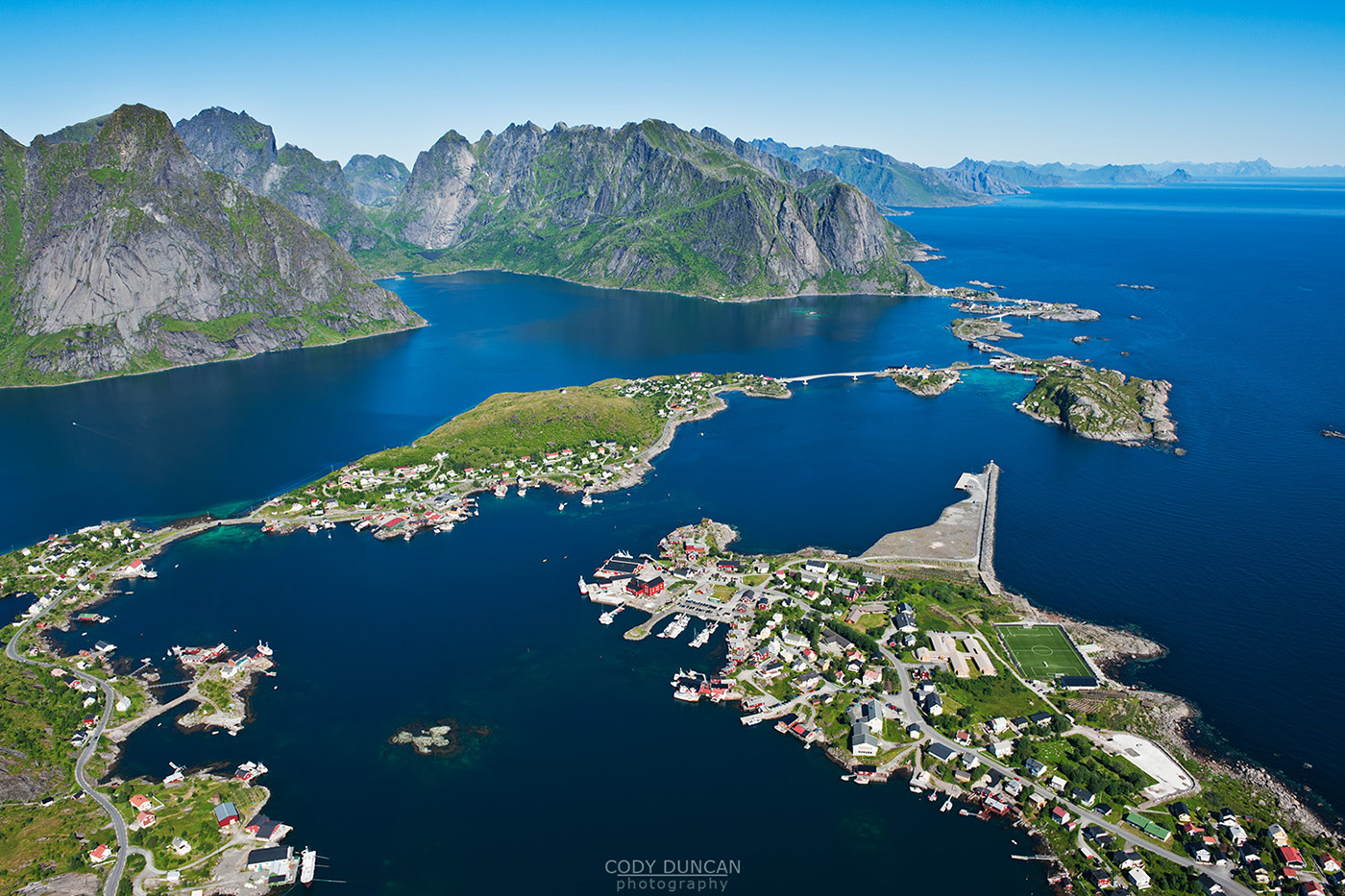