Kleivheia is the highpoint of the broad, flat plateau which separates Unstad and Eggum. Mostly the domain of grazing sheep in the summer, there are no trails to take you to the top. Once you’ve finished ascending the grassy gully, which becomes moderately steep by the end, the plateau opens up and you can wander around freely to find the fantastic views over both Unstad and the wild coastline outside Eggum.

From Leknes, take the E10 east for 11km until you reach Steinfjordveien, signposted for Unstad. Turn left here. Continue another 9km along the road until you reach Unstad.

As the road splits in Unstad, continue to the right. Park in the large parking lot near the community building.

The trail begins at the gate on the far side of the parking lot.

Pass through the gate at the end of the parking lot and begin walking down the old road for approximately 1km where it eventually turns into a trail. The trail descends slightly as you go around a small corner. Beyond this a broad, grassy gully opens up on the right, before the next set of cliff. This is where you will ascend.

Begin ascending the gully, keeping mostly to the right at first. If you are early in the year, the grass might not be too deep, however by mid summer, it will take some effort to make an ascent through the deep, clumpy, and often slippery grass. As you ascend, the gully gradually steepens, so be aware of where you step and try to find small ledges when possible.

As you reach around 250m, begin heading a bit towards the gentler slopes on the right. At around 300m the gully will flatten out as you reach the summit plateau.

The summit of Kleivheia is now about 2km of cross country travel away. The grass here can be thick at first and make for slow walking, however there are some sheep and hare trails which can be followed. Heading almost directly east, continue to make your way towards the distant high point.

Generally keeping towards the right side of the ridge provides nice views. As you gain elevation, the terrain becomes slightly rockier and the grass thins, making for easier progress.

The summit is the high point on the right side of the plateau, just before it descends into a narrow ridge towards Skrådalstind, the next high point in the distance.

Camping is generally possible anywhere on the large plateau. 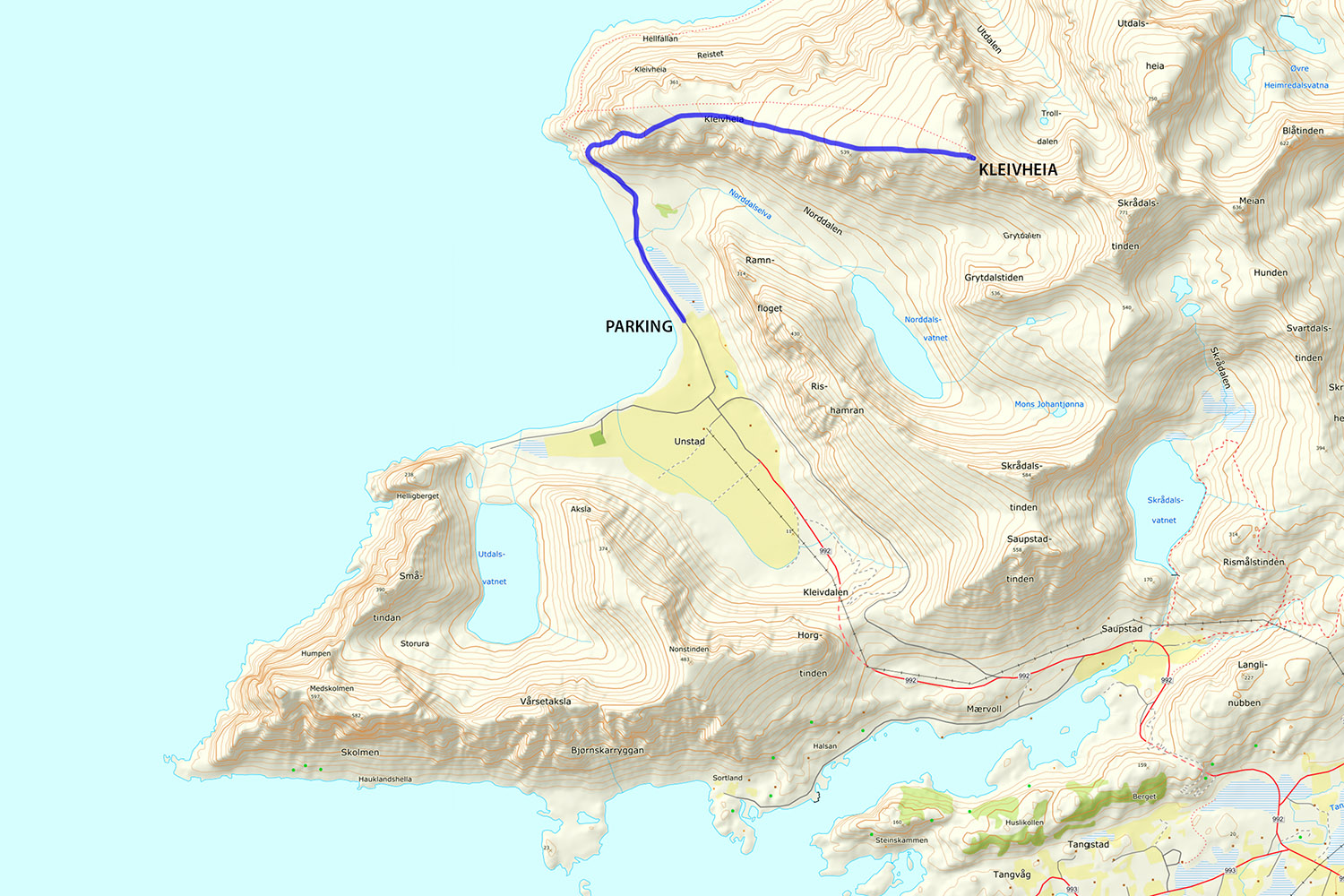 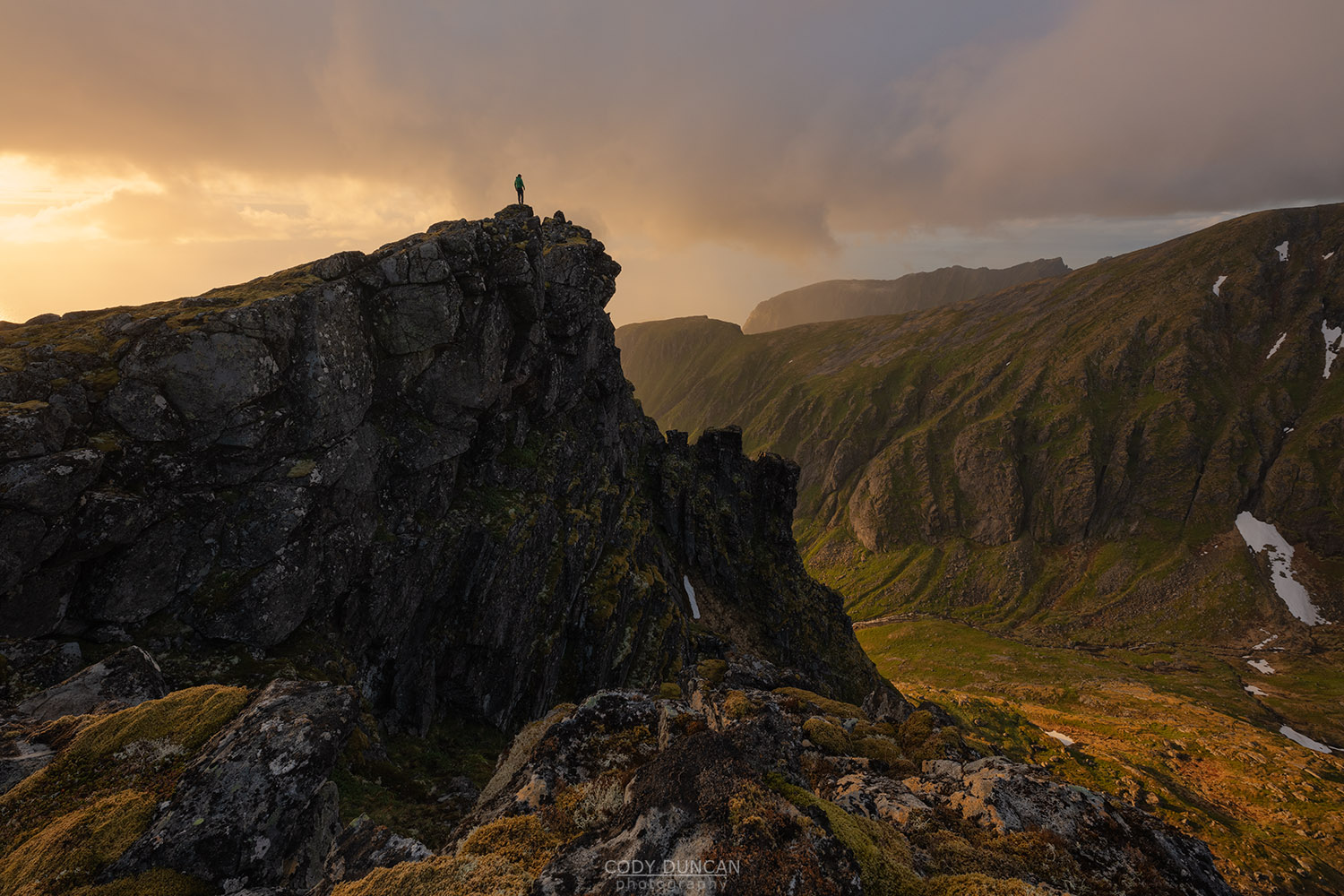 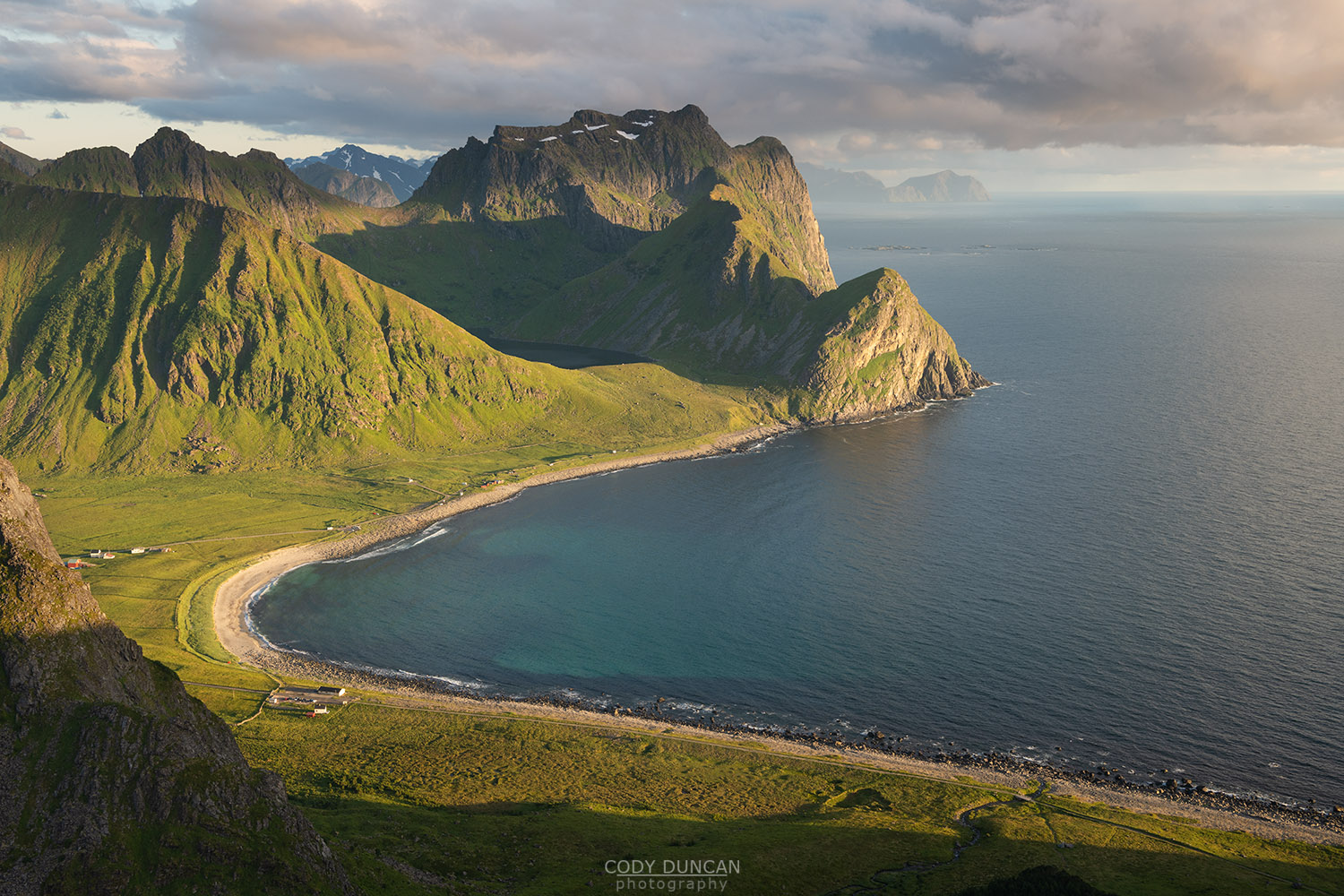 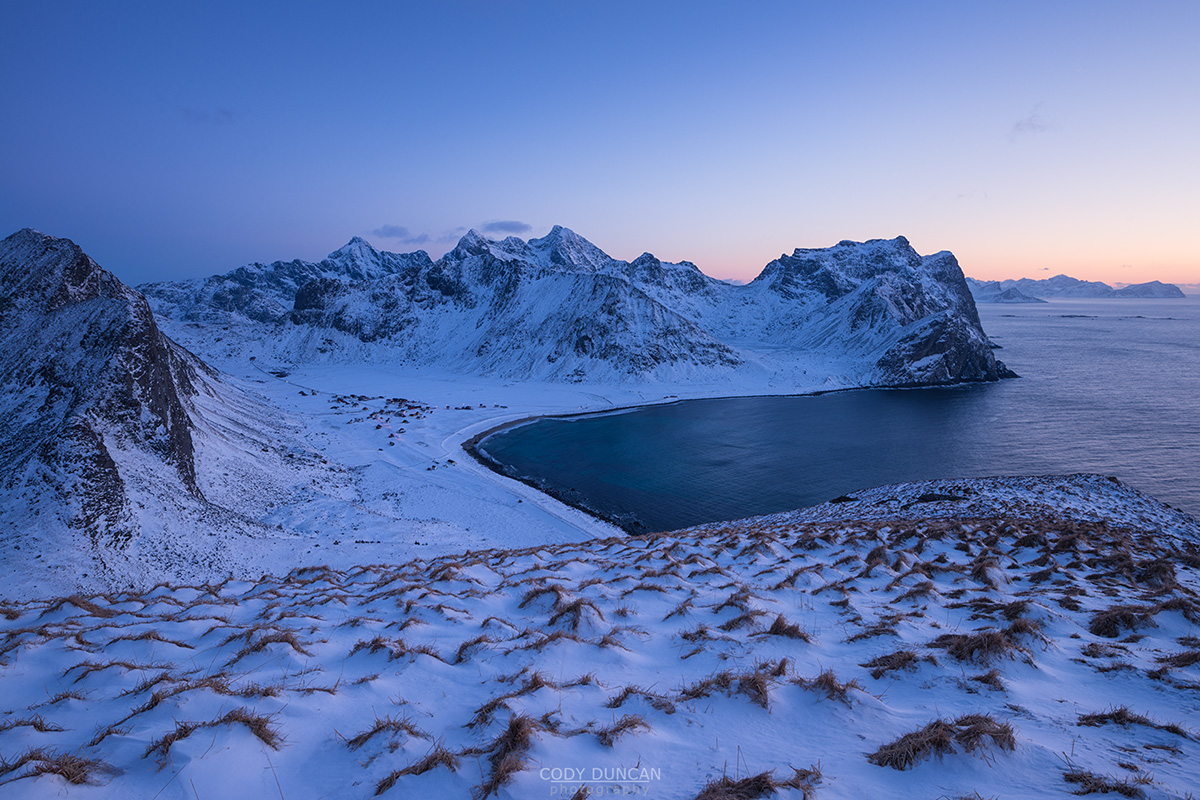 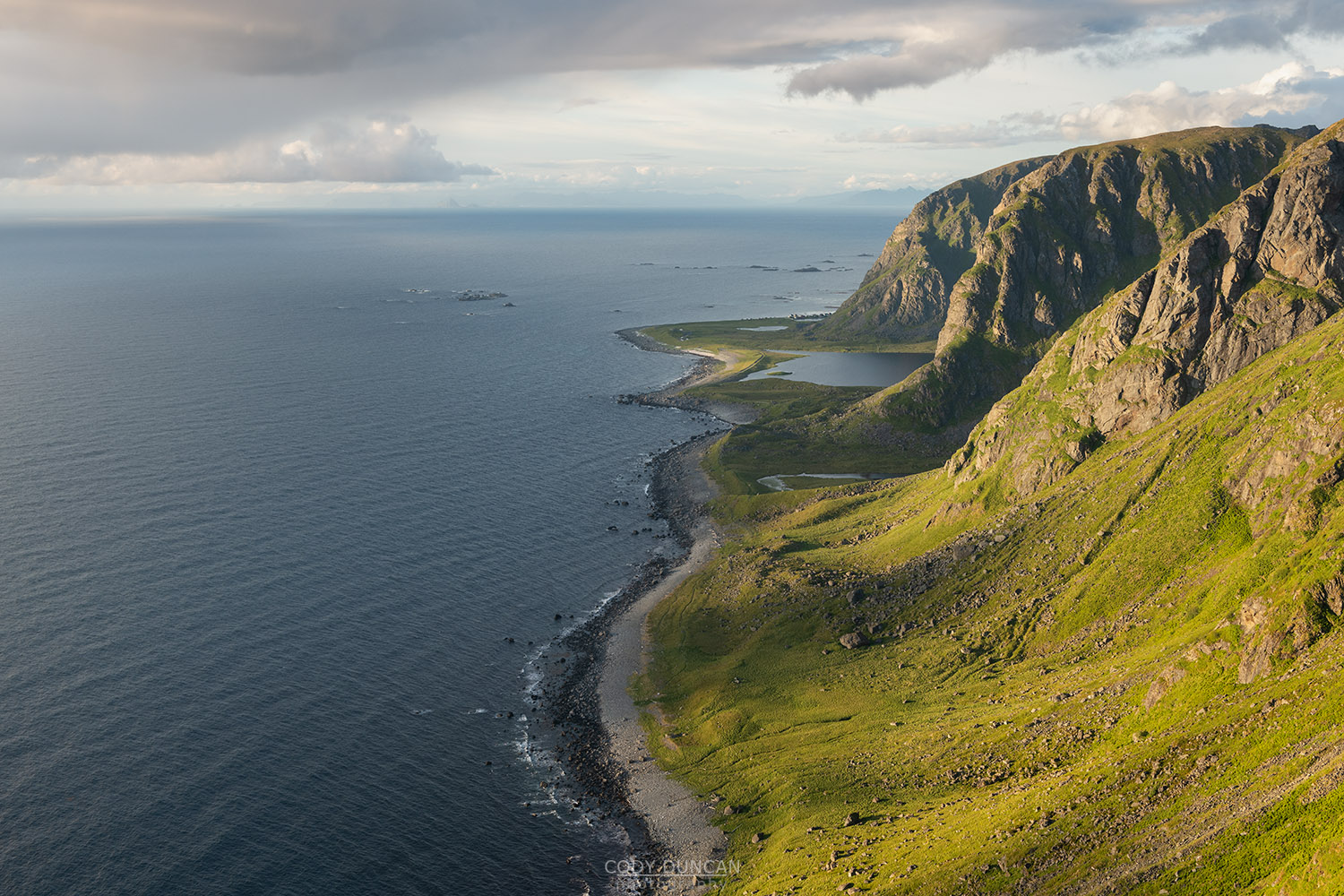 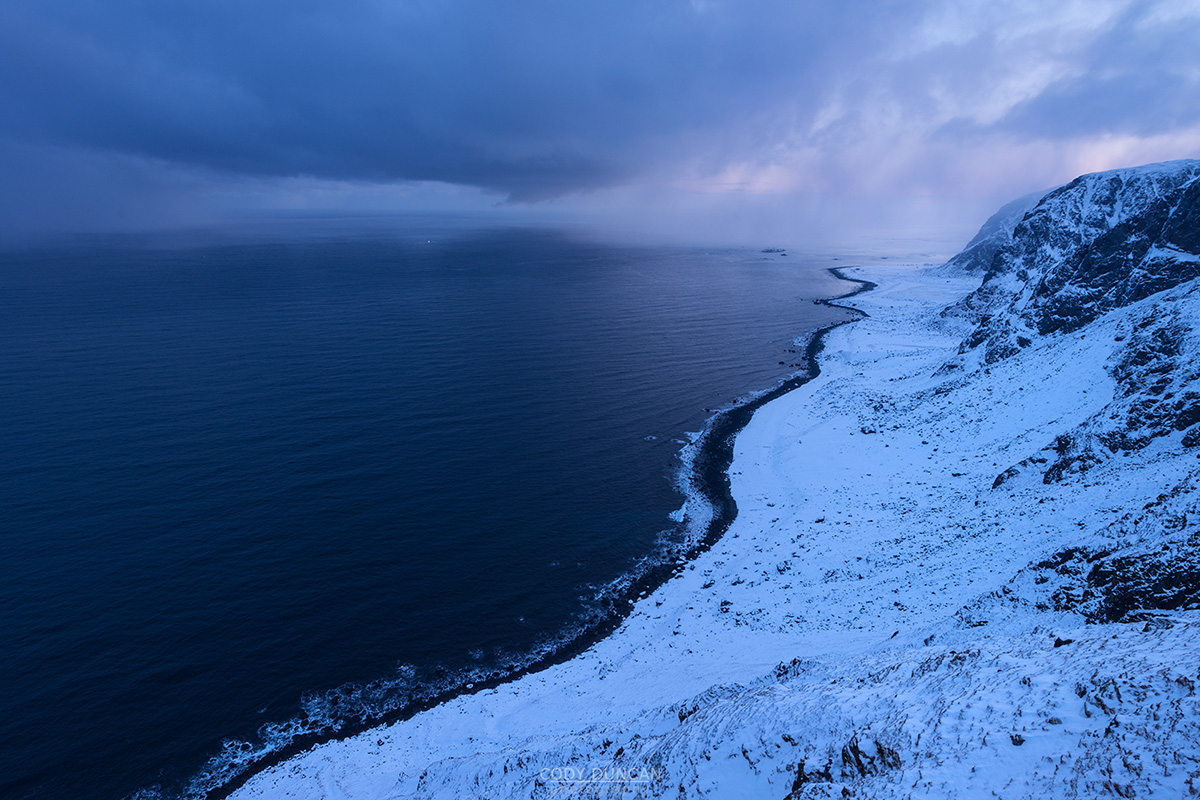 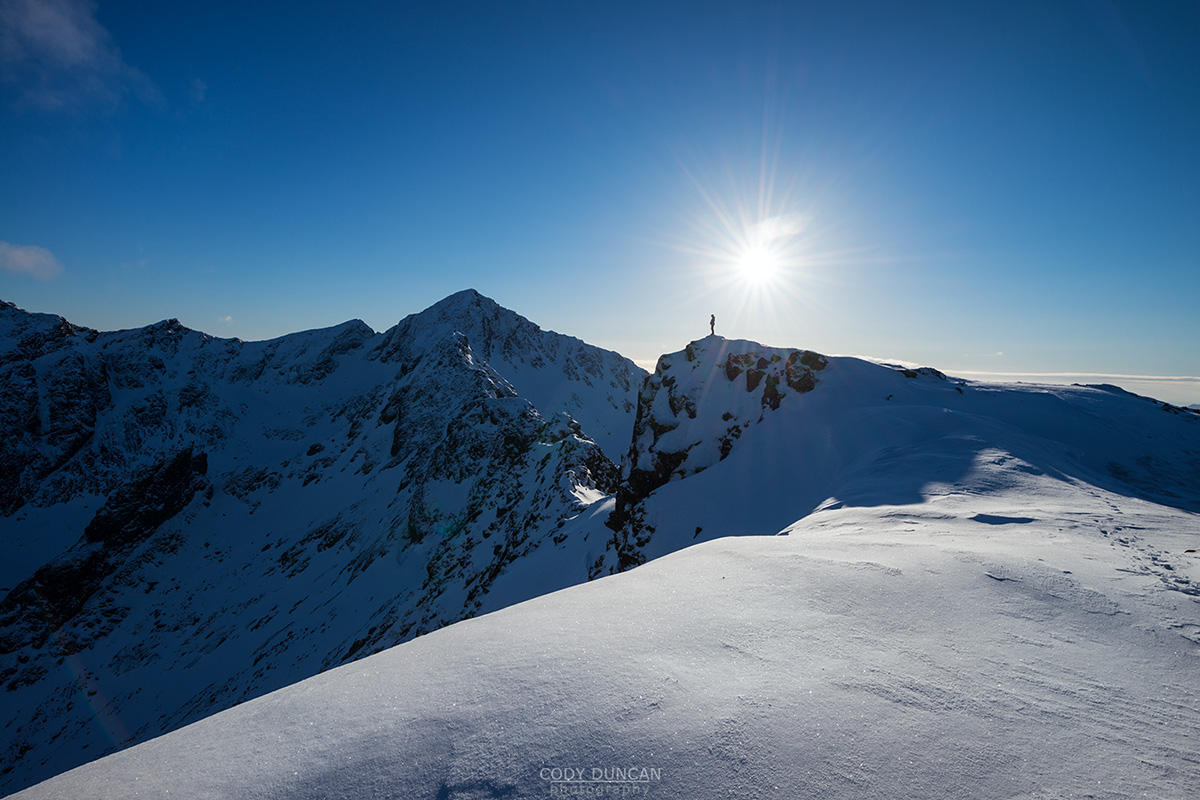