A summer afternoon on Mannen with blue skies over head and the azure waters of Haukland, Vik, their white sands ending in bright green fields, will remind you more of a scene from the tropical islands of the South Pacific than several hundred kilometers inside the arctic circle. Mannen is a small peak, almost more a high point along a ridge connecting to larger mountains, but the views over three of Lofoten’s most scenic beaches will make you image you are some place far more distant.

Mannen is located north of Leknes, on the northern side of Vestvågøy. From anywhere on Lofoten, travel along the E10 towards Leknes. Several kilometers on either side of Leknes will be roads leading to Haukland and Uttakleiv beaches. Taking one of these roads, continue to Haukland beach. Immediately before the tunnel to Uttakleiv is the large parking area for Haukland. Park here.
From the parking area, Mannen is the peak rising above the tunnel.

Looking at Mannen, the route you are going to take will follow the gently rising ridge on the right side of the summit.

From the parking area, cross the street and and walk down the paved road, keeping Mannen on your left.  After several hundred meters, you will see the cuttings of an old roadway winding up the hillside, along with a series of power lines heading over the low point of the pass.

You can sort of choose your own way here, however it is easiest just to follow the road.  There is one washed out section in the road mid way up, I suggest you initially bypass this section by heading cross country to the right, before you meet with the road initially.

Soon after reaching the pass you will leave the road and begin making your way towards the ridge on your left. The trail might not be initially clear in the deep grasses, but as long as you are going up, the trail should become clear as the hillside steepens and the ridge begins to climber a bit more steeply.

There are some rocks here and there, but for the most part the trail ascends as a moderate rate. Some sections pass perilously close to steep cliffs, but the overall exposure is not too bad. As you near the summit, the trail begins to flatten before I final short ascent.  A cairn marks the summit. Enjoy the fantastic views over the beaches.

There are not many good camping options for Mannen. The summit itself is large enough for a tent, but slopes at an angle, so not an ideal spot. You can put up a tent at the pass between Haukland and Uttakleiv, but this area receives a lot of foot traffic from locals, and is not that far from the carpark anyhow. Mannen is perhaps better just for a short twilight bivy than a proper night camping. 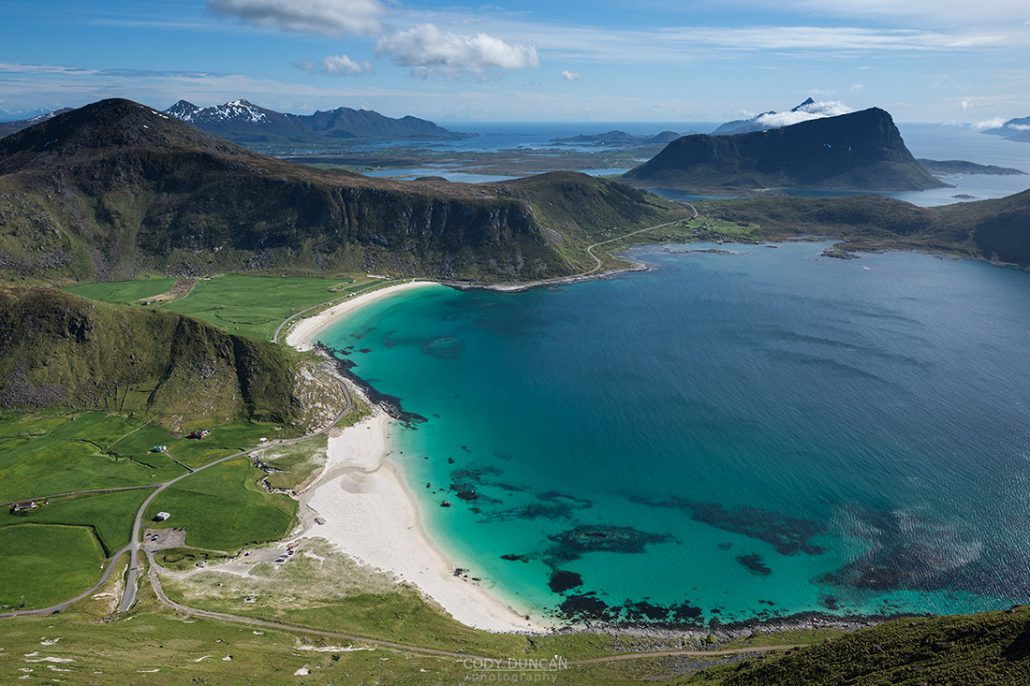 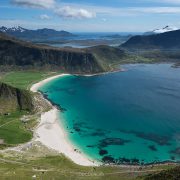 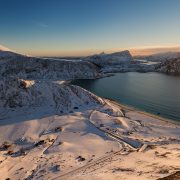 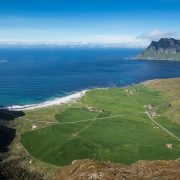 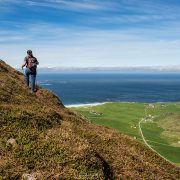 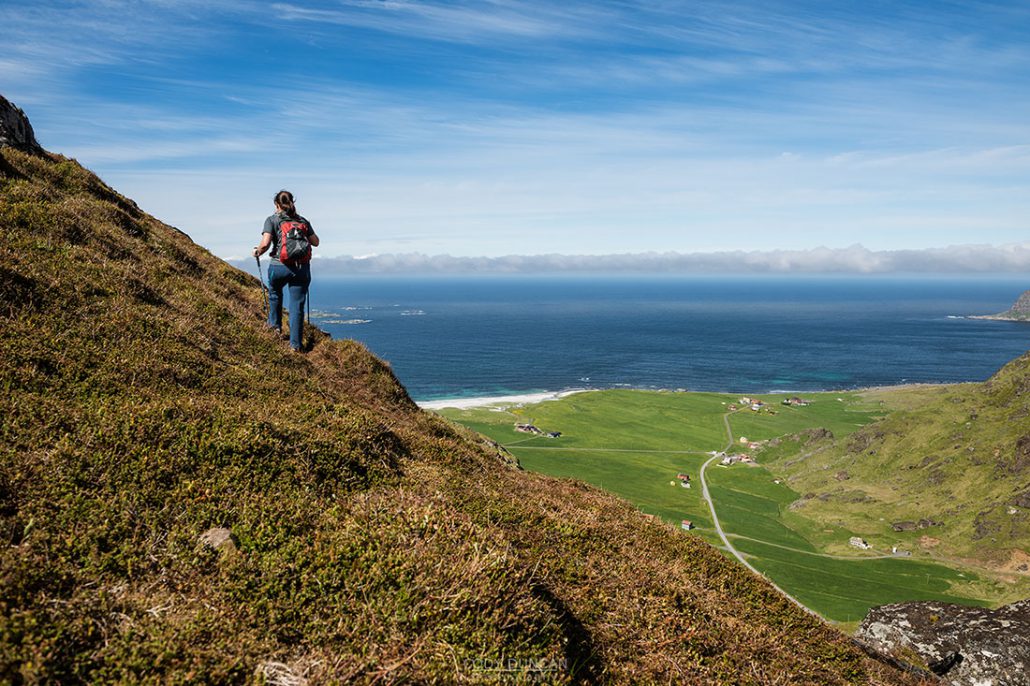 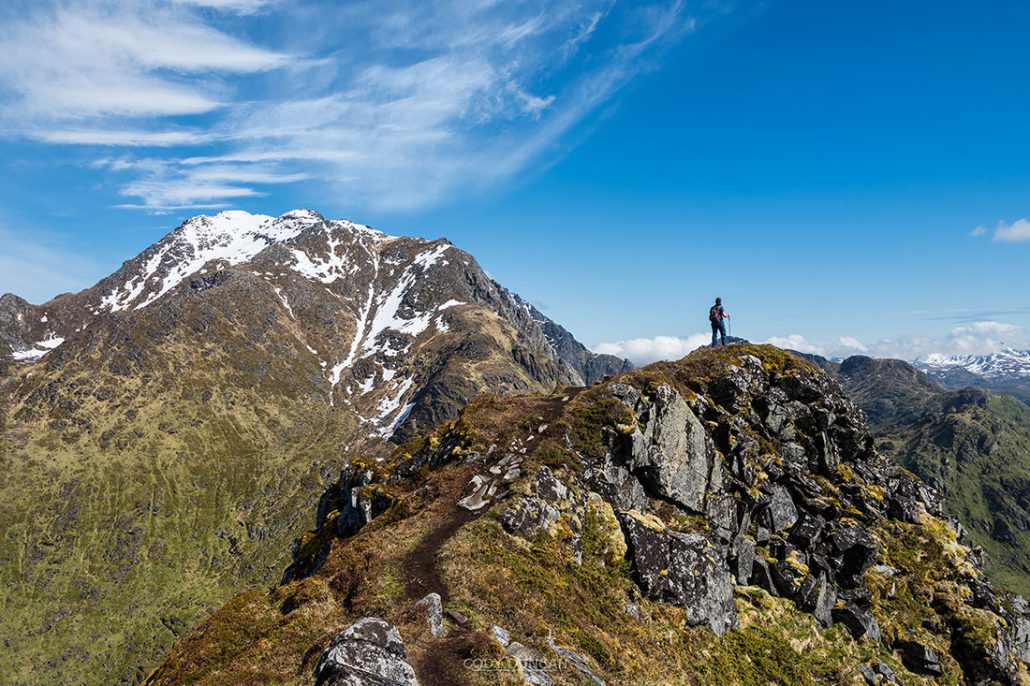 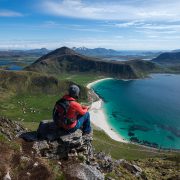 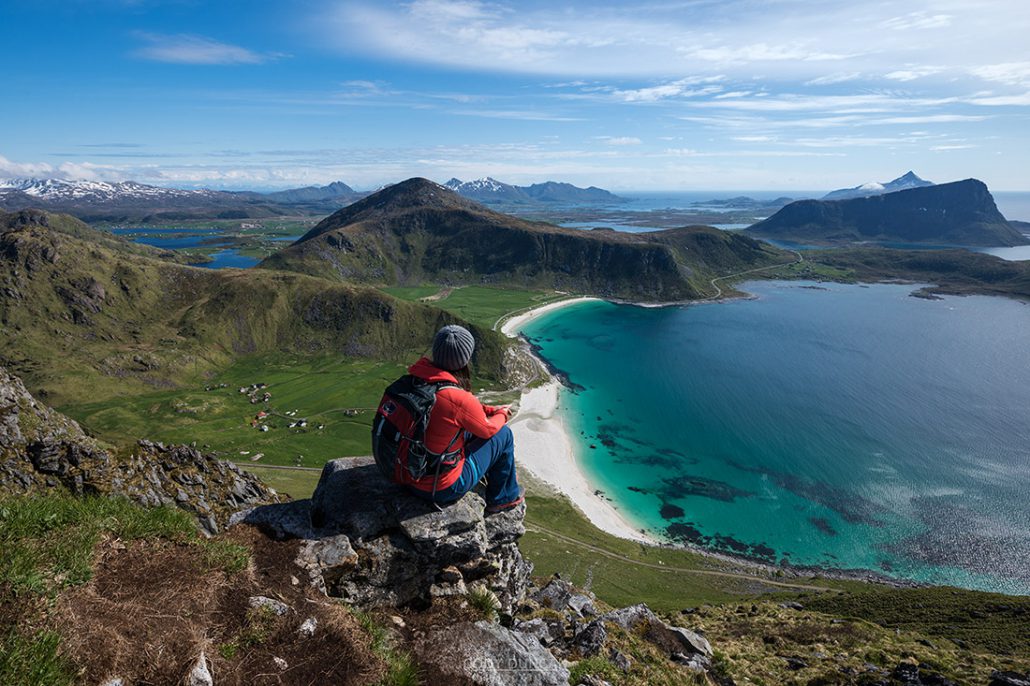 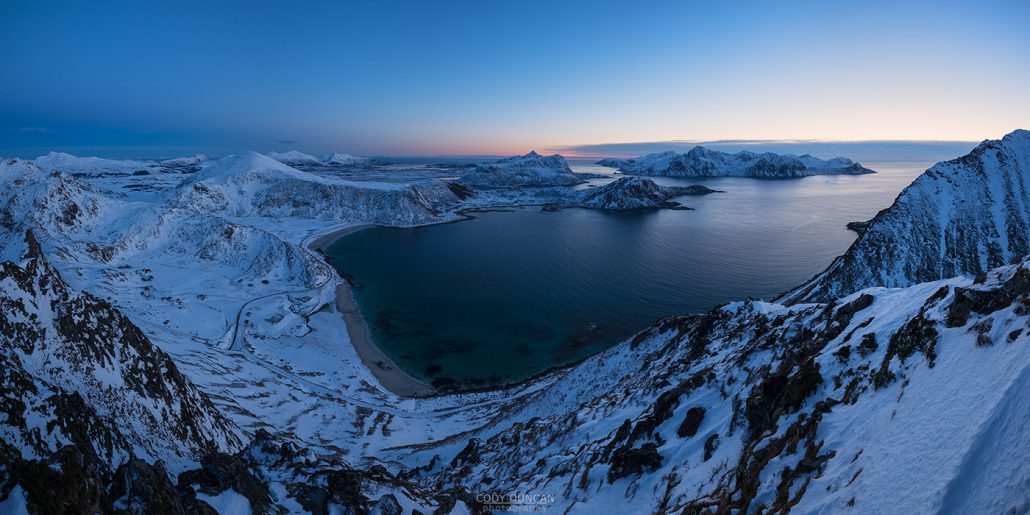 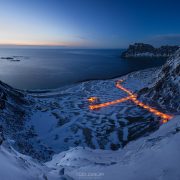 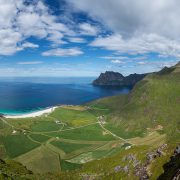 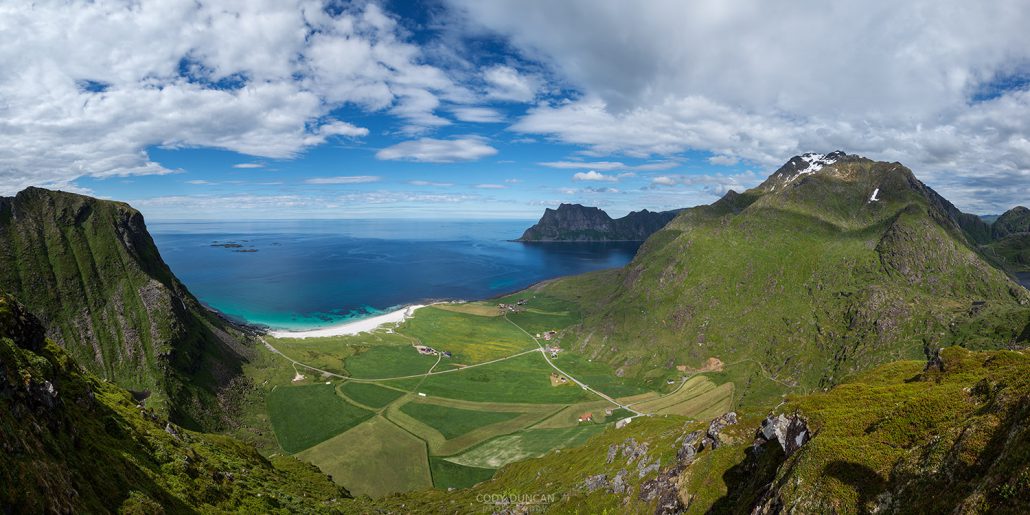