Nonstinden – Ballstadheia is an easy and relatively popular hike among the area locals. An old pathway climbs around the southern edge of the mountain with nice views over Ballstad and the Vestfjord before reaching the broad, flat plateau of Ballstadheia at around 270m. From here, numerous trails wind their way north to the high point of Nonstinden (459m), with scenic views over the jagged peaks of Skottinden and beyond.

Passing the school and entering Ballstad, keep right, along the western side of the harbor, continuing through the village for 2 km, before turning right on the narrow road to Kræmmervika.

After 200 meters on Kræmmervikavein, the road passes a fish factory on the left as it nears the water. Park opposite this, on the mountain side in one of the pullouts.

The trail begins by heading towards the concrete house foundation just up the hill from the parking area.

From the parking lot, follow the worn trail past house ruin and into the small section of forest, where there are a few rocks to climb over. After about 100 meters, you will reach the wide, and well worn trail heading south along the side of the mountain. Take this.

Beginning with easy walking, the path become narrower and steeper as you round the ridge on cross onto the southern side of the mountain. The trail is loose and slippery in places, with a couple steeper steps here and there, but overall remains easy going.

As the trail begins to reach the southern end of Ballstadheia, it forks into numerous different routes, with the most obvious looking one to continue straight below the ridge line. However, you want to leave this and take one of the trails up to the right, ascending to the southeast side of the plateau.

From here, there are again numerous worn trails wandering over the area. Continue along one of them along the eastern edge of Ballstadheia as you slowly gain elevation. After a few hundred more meters, the trail heads in a more westerly direction and continues to steepen towards the summit of Nonstind a short distance away.

Again, numerous trails lead up to the summit ridge, and of which is fine, though some are steeper than others. Head in the direction of the rocky outcropping slightly towards the left until you reach the high point. This is Nonstinden.

Departing the summit, you can return the same way, or, if looking for an alternate way back, descend along the western side of Ballstadheia, before traversing along the southern edge and returning to the main trail.

Camping is generally possible in numerous on the large plateau, and beyond the summit along the ridge towards Skottinden. It is a popular hike at all hours of the day (and night) during summer, so try to camp far from any of the main trails. 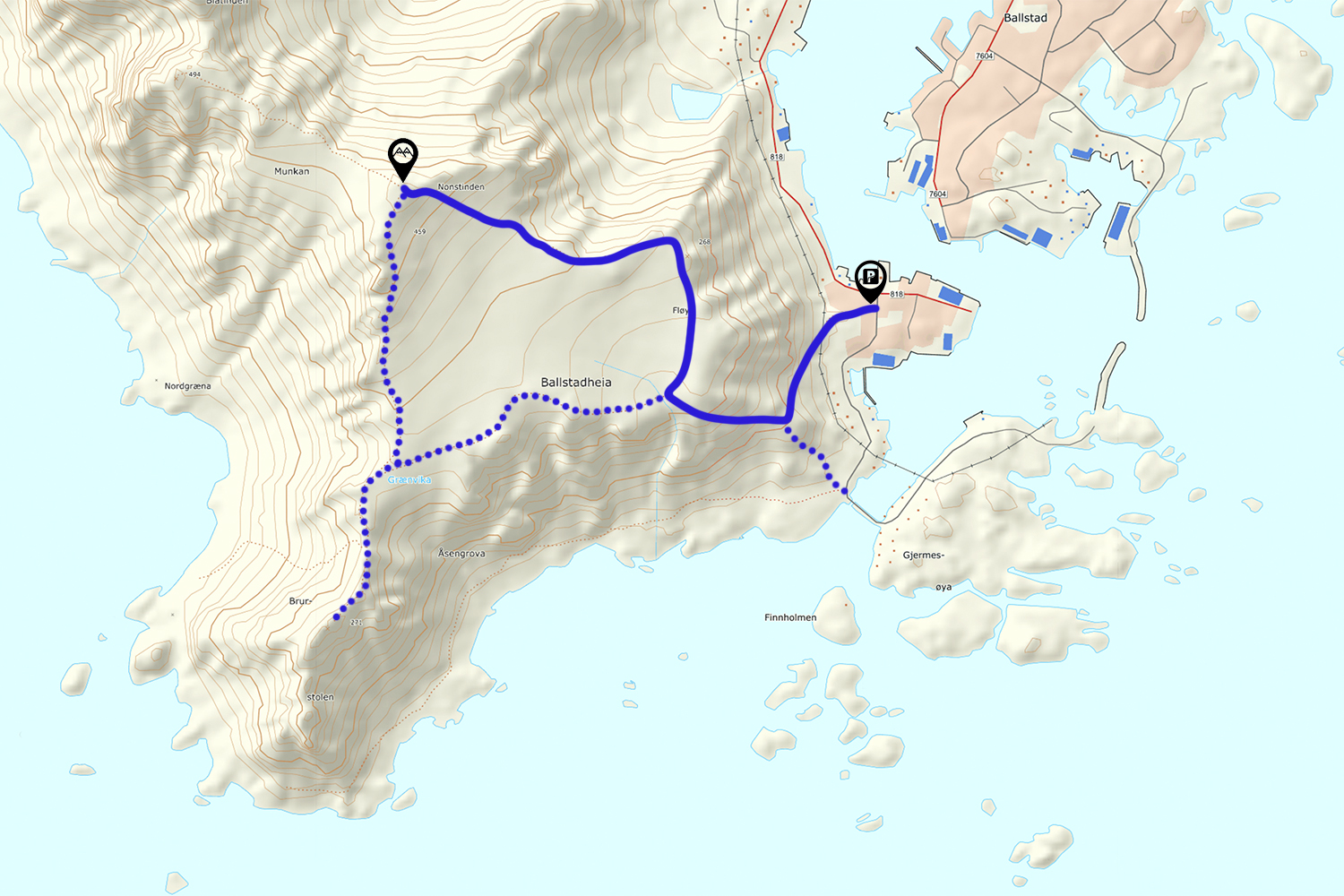 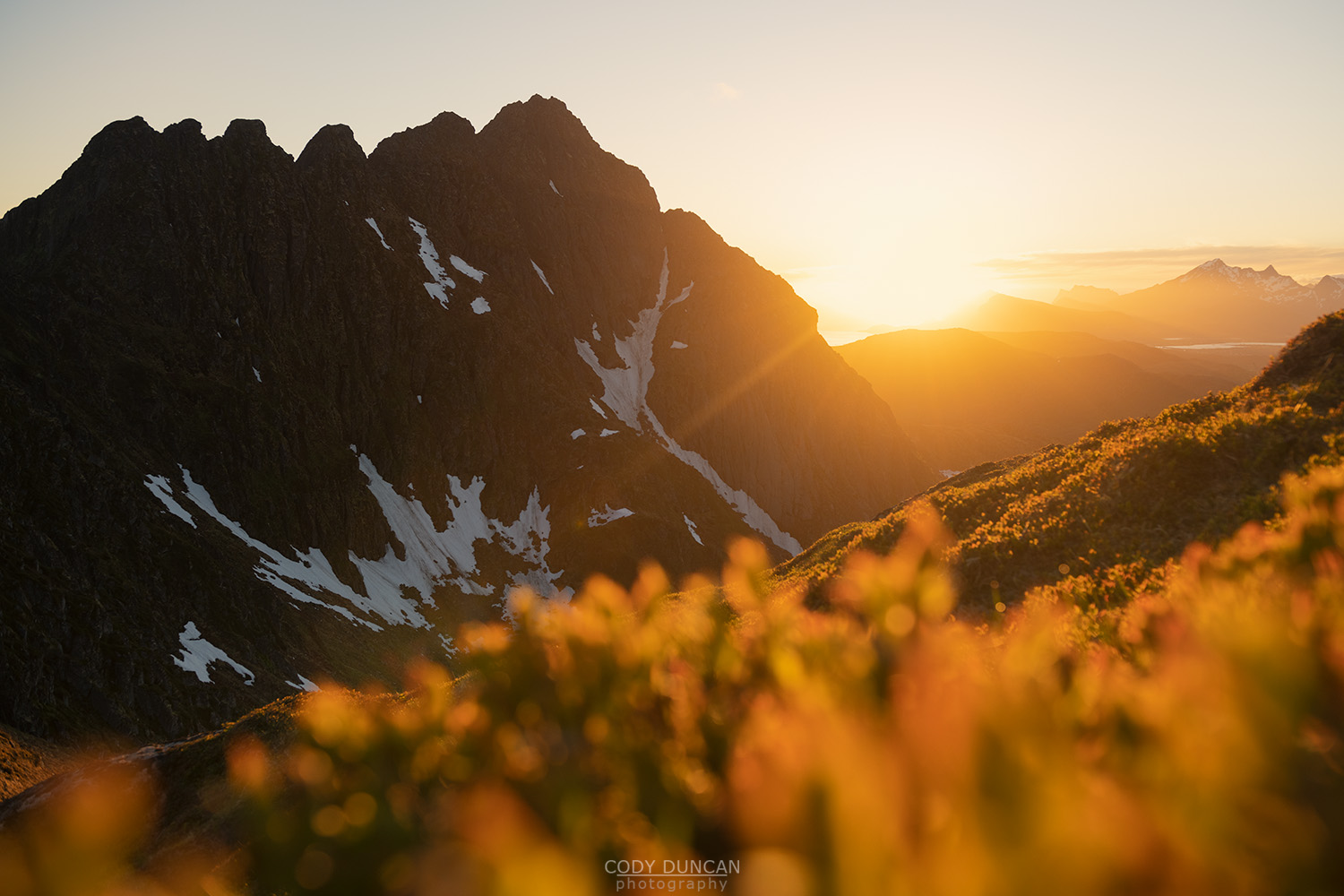 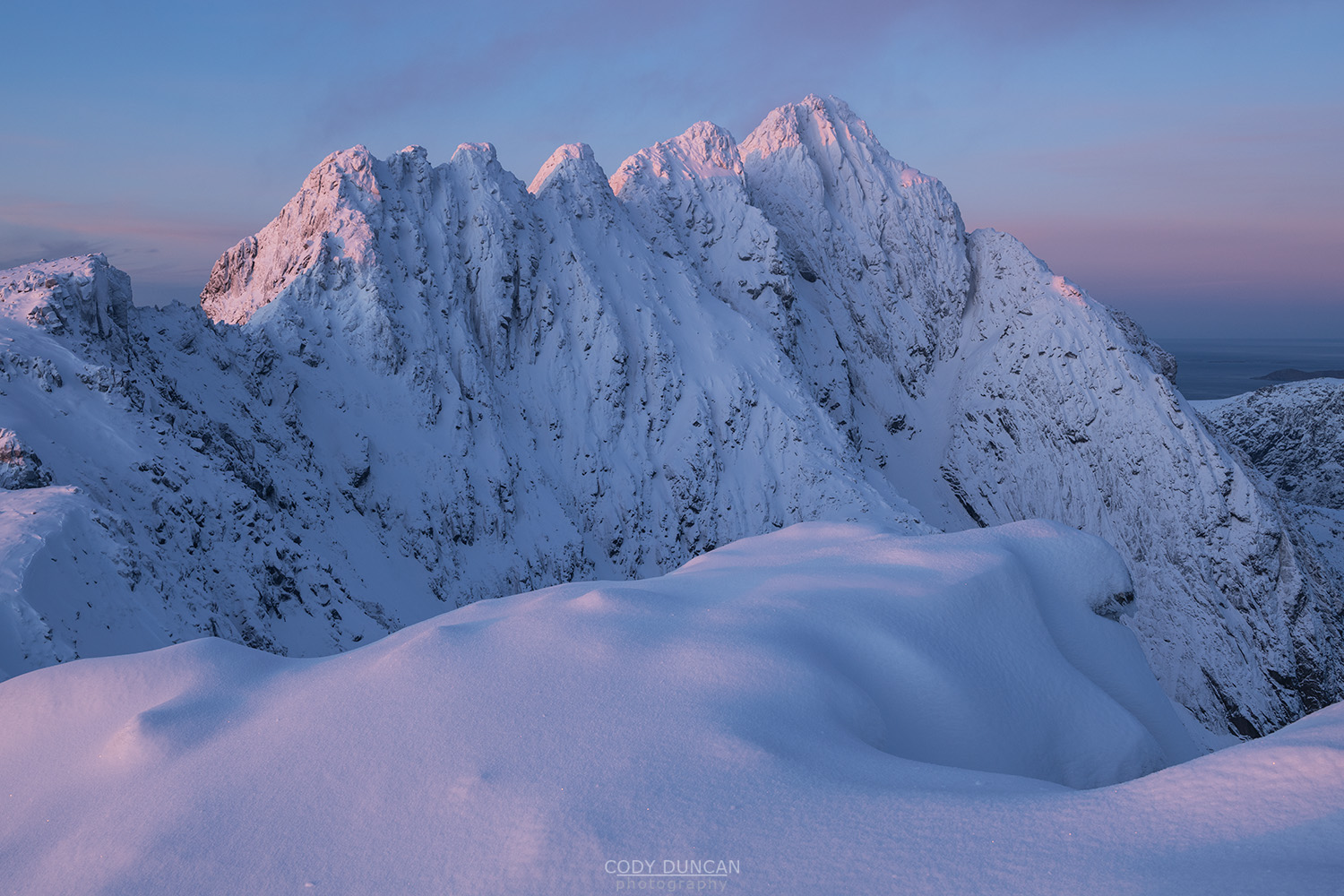 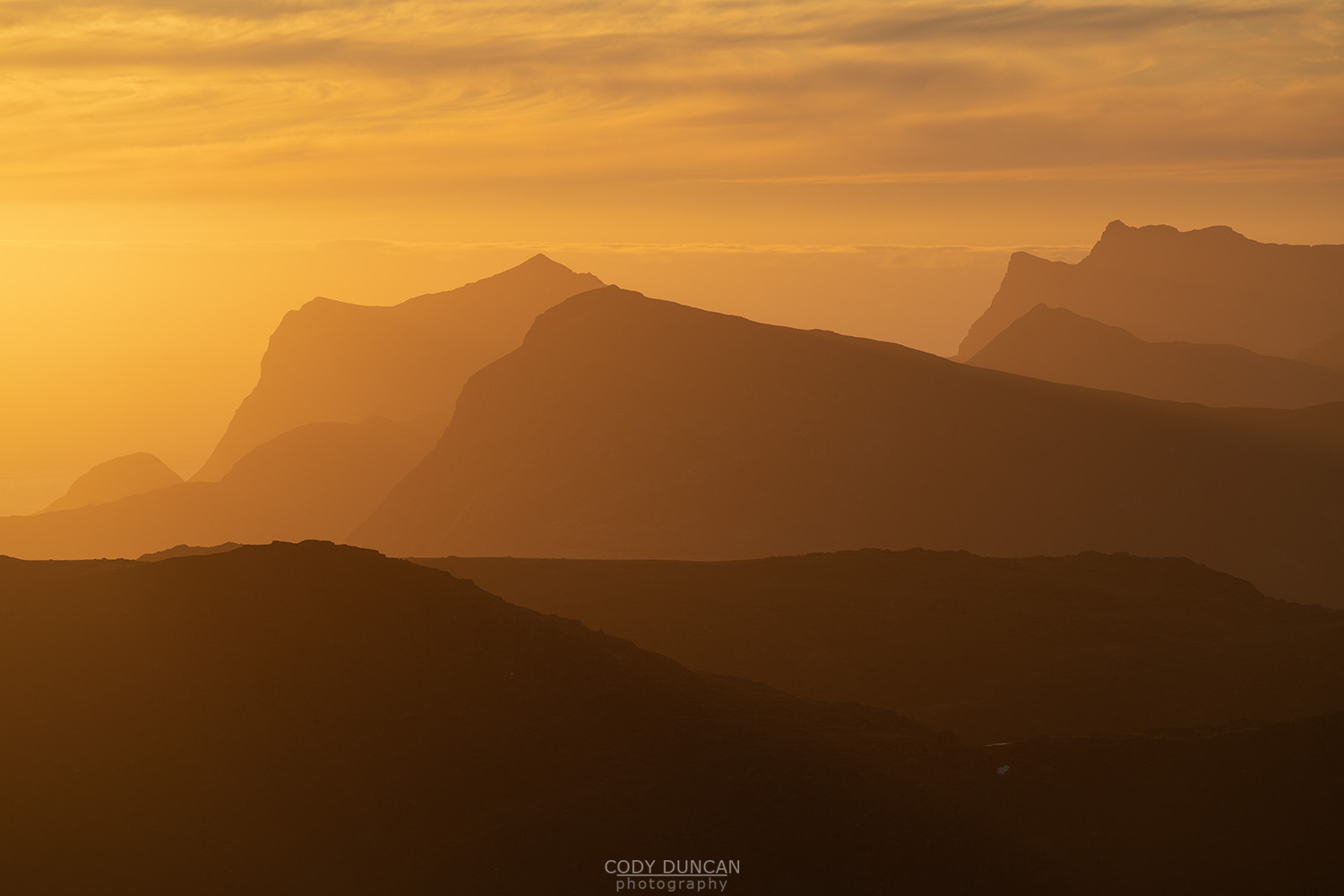 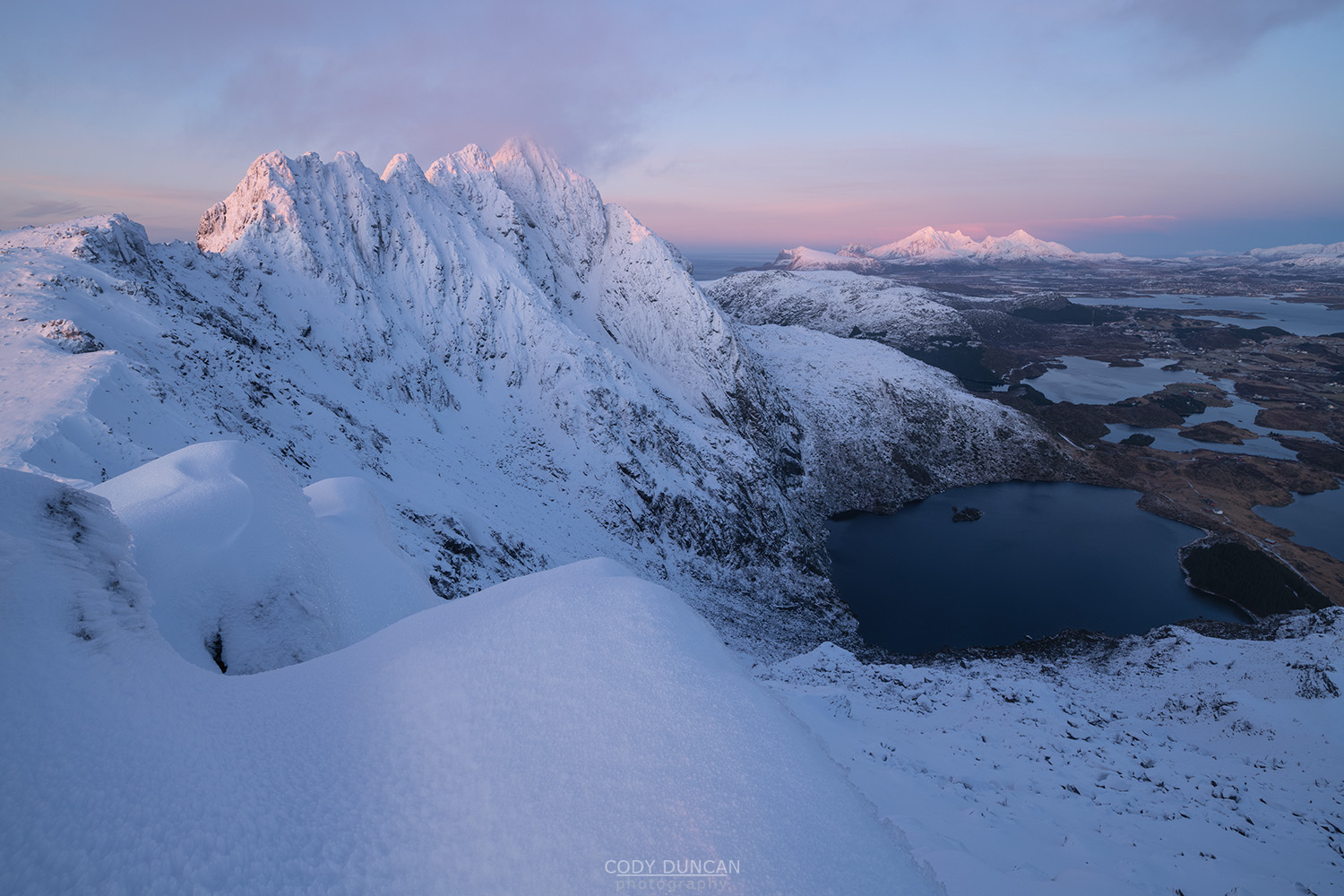 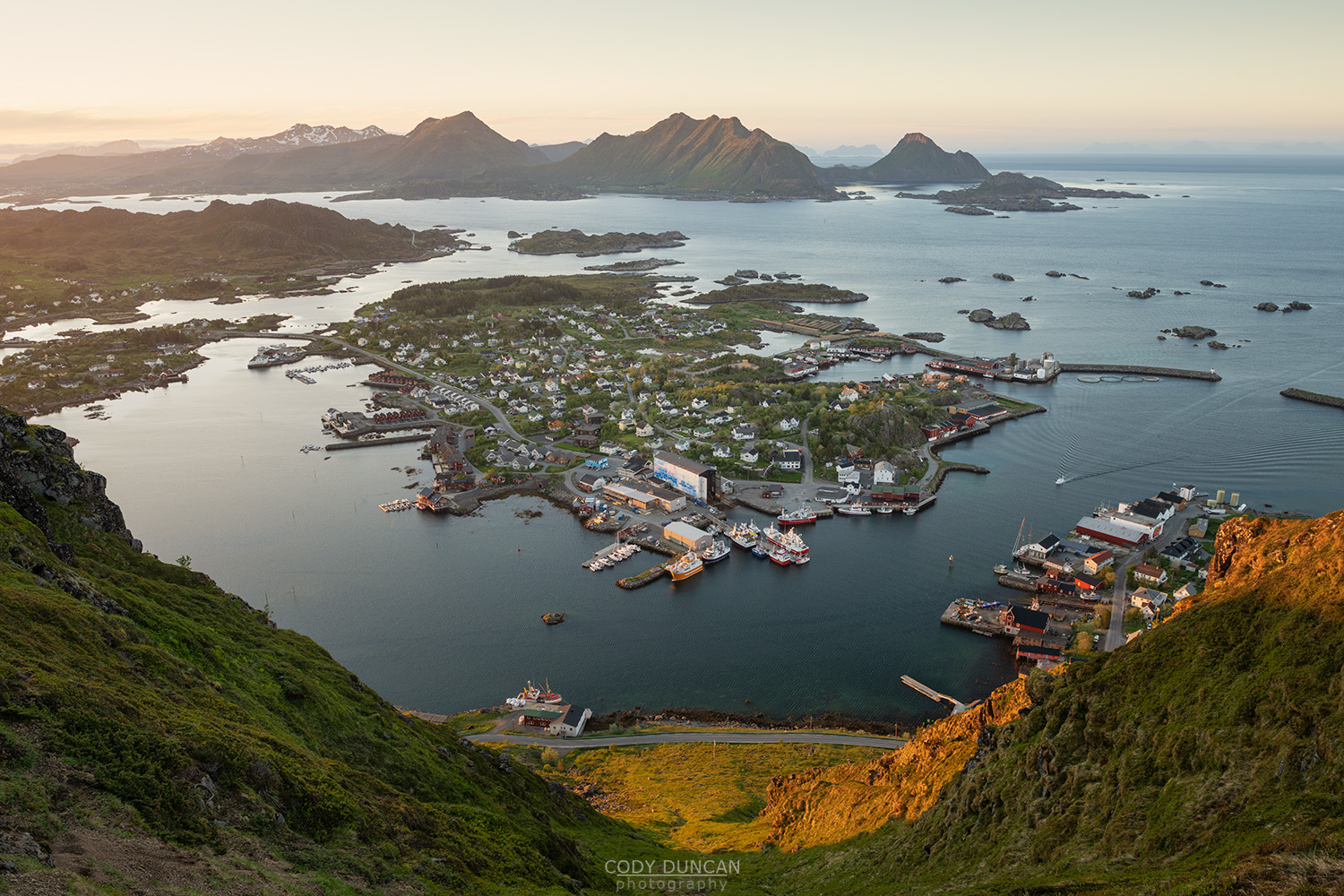